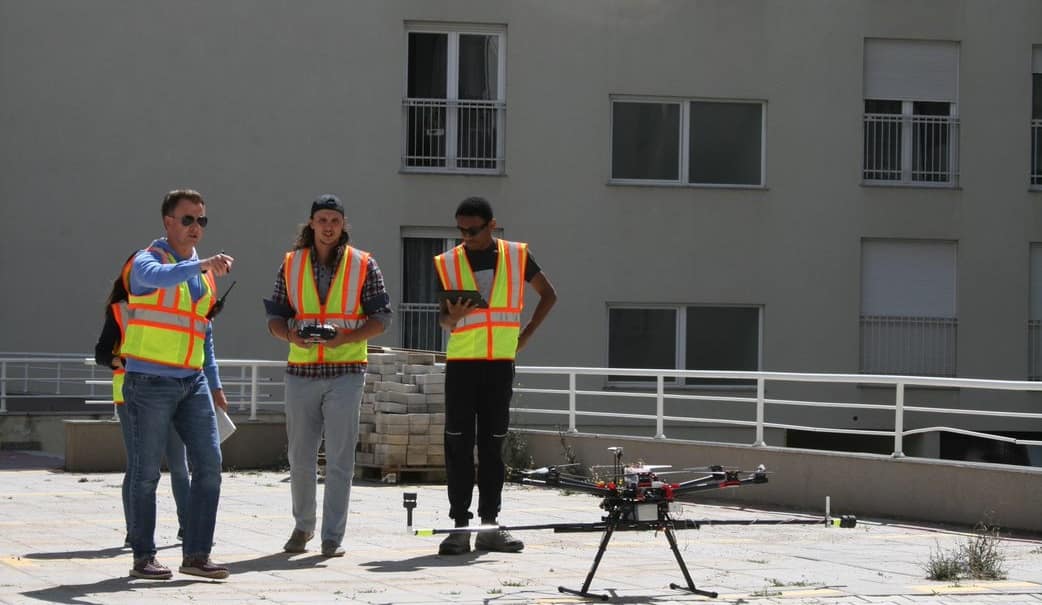 To support safe drone deliveries and “air taxi” flights over cities, Embry-Riddle researchers recently leveraged a small unmanned aerial system (sUAS) to map atmospheric conditions close to the Earth’s surface – a project believed to be the first of its kind.

The study, offering a rare opportunity to fly drones through “urban canyons” such as building-lined streets, probably would have been impossible in busy U.S. cities, said Dr. Kevin Adkins, associate professor of aeronautical science. Embry-Riddle students were able to capture atmospheric measurements using an eight-motor “octocopter” drone (the DJI S1000), thanks to a study abroad trip in Kosovo, where urban areas are sparsely populated as a result of war in the 1990s. 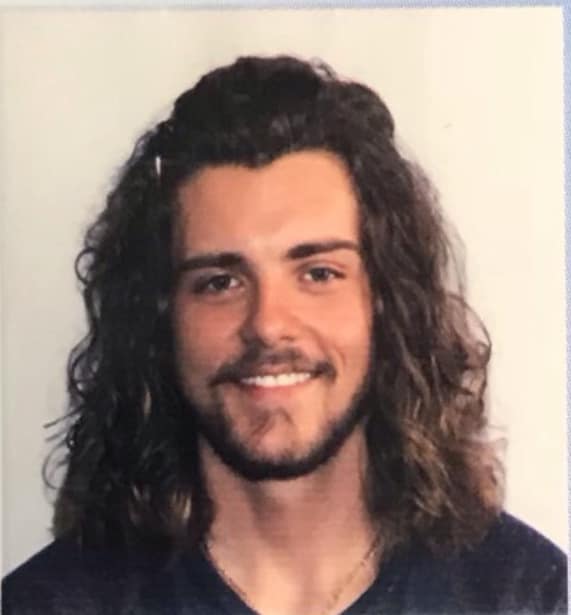 Within the atmospheric “boundary layer” in cities, Adkins explained, the wind constantly shifts as it flows over hot asphalt, followed by cooler green spaces, water-filled canals, and structures of various shapes and sizes. To map those unseen changes, researchers have traditionally simulated urban environments in wind tunnels or with computer models. For the first time, Embry-Riddle faculty and students captured real-world data to create a three-dimensional map of drone routes.

“Nobody else has been studying the urban atmospheric boundary layer in this particular way,” said Adkins, who has previously used unmanned aerial systems (UAS) to assess moisture loss under wind turbines and hurricane damage to coffee farms. “Many companies are now working on drone-based package delivery, infrastructure inspection and urban air mobility. We need a better understanding of air flows and microclimates in cities so that these new technologies can operate as safely as possible.”

Undergraduate Jonathan Hale, a senior in the Unmanned Aircraft Systems Science program, was among the two-dozen students who worked with the S1000 octocopter in Kosovo. In particular, in his role as a “visual observer,” Hale’s job was to keep his eyes on the drone at all times.

“Any urban UAS operation is extremely difficult due to the amount of traffic, potential risk to bystanders, and the need to plan for the unexpected,” he explained. “With a large team in Kosovo, we were able to get a lot of roles covered. A few people were preventing pedestrians from walking anywhere near the UAS, one person was manipulating the controls, a few individuals were documenting the event via camera, and several others were visually observing.”

Before the Kosovo project began, Swinford tricked out the octocopter with appropriate technology. He evaluated available off-the-shelf sensors, selected the best options, and developed computer coding to make the whole system work in a smooth, integrated fashion. FT Technologies contributed two lightweight wind sensors, or anemometers that detect wind speeds based on changes in a sonic signal. A Pixhawk flight controller recorded GPS locations as well as the movement of the UAS. Sensor data flowed through an Arduino Mega microcontroller that served as the drone’s brain, making it possible to calculate wind speeds in three dimensions.

“Kosovo was the first demonstration of this platform for an urban UAS study,” Swinford said. “It’s versatile technology in terms of where it can fly. Going forward, it could be very useful for answering many different questions about meteorological conditions.”

‘The Next Generation of Aviation’ 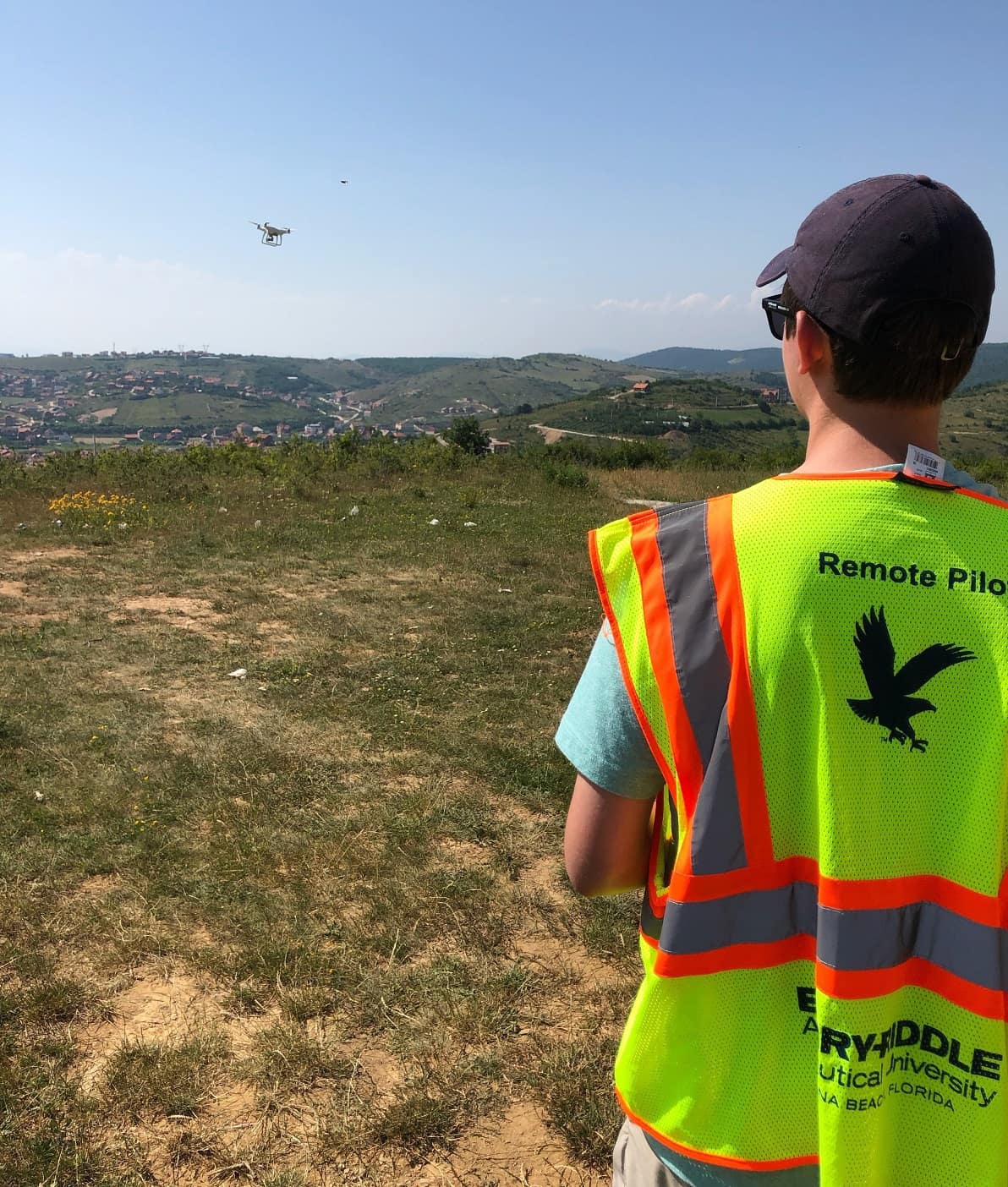 Hale, a native of Richmond, Va., who has so far completed three internships – with the Jacksonville Aviation Authority, a law firm, and the U.S. Federal Aviation Administration (FAA) – described his experiences in Kosovo as deeply meaningful. “I learned a huge amount about the complicated history of the Balkans, UAS operations and UAS regulations, and I got to be a part of the urban air mobility project. All of the things I did as well the people I met from this study abroad program will stay with me for the rest of my life.”

Swinford, from Fort Pierce, Fla., is currently interning at the U.S. Air Force base in Eglin, Fla. An Honors student at Embry-Riddle, he also works in the university’s Space and Atmospheric Instrumentation Lab, with Dr. Aroh Barjatya.

Someday, Hale said he hopes to head up an organization such as the National Transportation Safety Board or the FAA. “We are the next generation of aviation,” he said, adding that the Kosovo research was ground-breaking. “With the advancements of technology, we can now measure the wind turbulence in an urban canopy layer to further research in urban air mobility. That will help companies better understand the environment their aircraft will be placed in.”

Also during the trip, Embry-Riddle students working with Aeronautical Science Professor Dan Macchiarella used drones to create high-quality 3D imagery of historic and cultural sites in Kosovo. Those efforts, in collaboration with the U.S. Embassy in Kosovo and Cultural Heritage without Borders, gave students an opportunity to meet with U.S. Ambassador to Kosovo Philip S. Kosnett.

A wide array of study abroad programs, in regions such as Greece, France, Germany and elsewhere, are available to Embry-Riddle students.