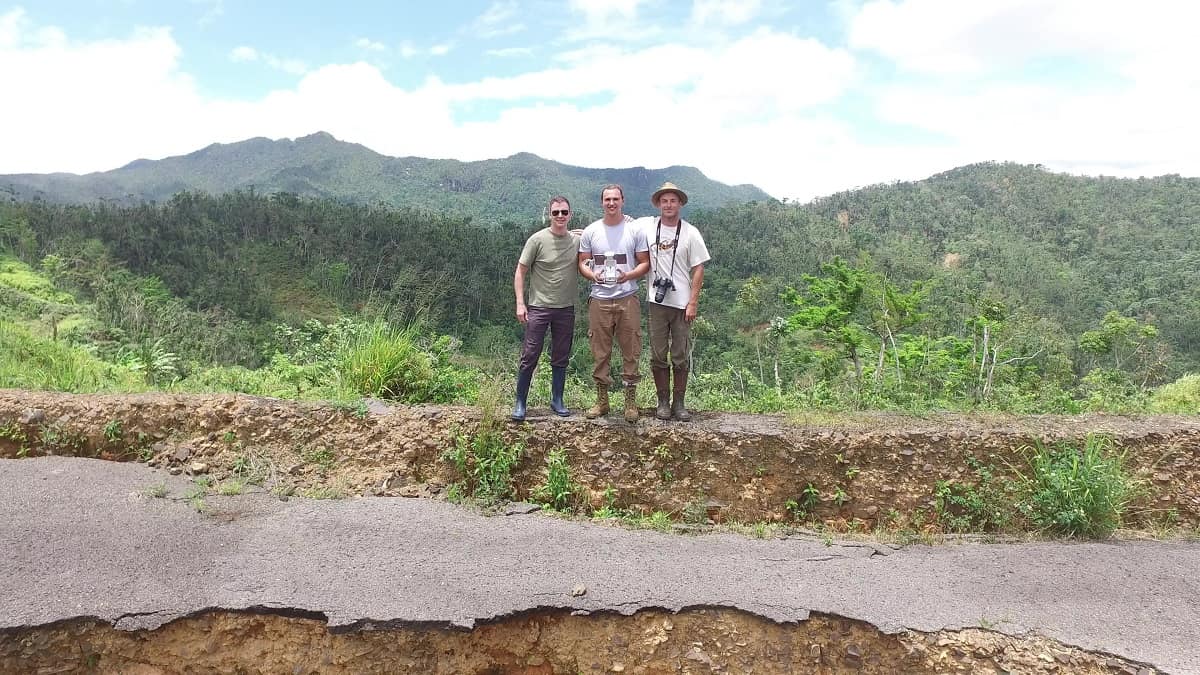 Puerto Rico’s storied coffee farms – a source of pride and a key economic driver – were among the crops hardest hit by the back-to-back hurricanes.

This summer, researchers from Embry-Riddle Aeronautical University, the Gaetz Aerospace Institute at Embry-Riddle and the University of Michigan launched a project to inform and potentially help protect Puerto Rico’s coffee industry before the next major hurricane strikes the island.

By comparing before-and-after storm images captured by satellites as well as unmanned aerial vehicles (UAVs), the researchers are investigating whether hurricanes do more damage to coffee farms located in shady forests or in open fields, explained Embry-Riddle’s Dr. Kevin Adkins.

The goal is to assess how different coffee production styles affect both crop resistance to hurricanes and resilience – the rate at which a farm bounces back after a storm passes, said Adkins, an associate professor of aeronautical science on Embry-Riddle’s Daytona Beach, Fla., campus. Researchers also want to learn how planting many different crops versus a single crop affects a farm’s productivity and resilience.

In late July, Adkins traveled to Puerto Rico with Peter Wambolt, an Embry-Riddle alumnus and current graduate student who is now working for the university’s Gaetz Aerospace Institute, a dual-enrollment program that helps Florida high-school students earn college credits. Once on-site, the researchers set up their project in collaboration with Ivette Perfecto, Shannon Brines, Meha Jain, John Vandermeer and Kristopher Harmon of the University of Michigan’s School for Environment and Sustainability.

“The data are now being analyzed at both universities,” Adkins said. “We hope to use the lessons learned and the data collected on this trip to inform our strategy on subsequent trips, and ultimately, to help Puerto Rico’s coffee farmers reduce crop losses caused by big storms.”

Working in partnership with coffee farmers, the group is comparing moderate-resolution microsatellite images with high-resolution shots snapped by fully autonomous mapping drones equipped with a high-definition camera and multispectral sensor. Images from the Sentinel-2 and Planet microsatellites provide a coarse view, with resolution at 1- to 3 meters, whereas UAV images offer resolution at the centimeter level, Adkins explained. Using Pix 4D software, researchers can then quantify leaf cover, vegetation and biomass on coffee farms before and after Hurricane Maria.

Sixteen coffee farms are participating in the study. The regions range from highly shaded and biodiverse farms, to those with low shade and little diversity of crops, the researchers said in their project proposal.

“It was a very successful week in Puerto Rico,” Adkins said after returning to Embry-Riddle. “We ended up flying 29 flights of both fixed-wing and multirotor unmanned aircraft at 14 different locations across the island. The biggest challenge was the complex topography, with high peaks adjacent to deep canyons. This provided the additional challenge of finding suitable launch and recovery areas. We collected more than 55 GB of data and 20,000 pictures.”

Following the initial survey in Puerto Rico, Adkins’ goal is to follow up, ideally with Embry-Riddle student-researchers, at six-month intervals for two years.