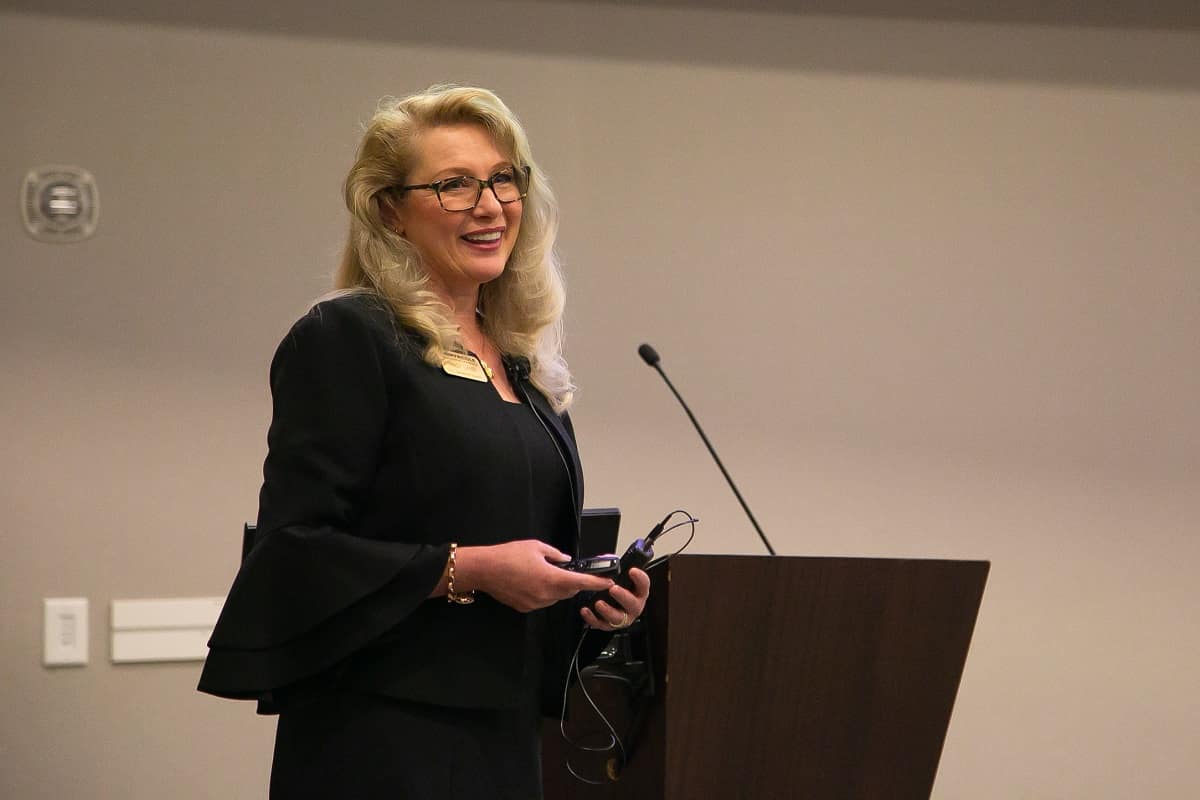 For Lamb, that courage meant expanding her definition of success. A former international airline pilot, flight instructor and charter pilot with over 7,000 flight hours, Lamb has been responsible for flying doctors to remote areas of the Australian Outback, inspecting power lines in China, auditing runways in the Arctic Circle and even working as actor Matthew McConaughey’s personal pilot. She knew that she wanted to expand the scope of her career, though, when she felt a “spark of inspiration.”

“When you talk about success in aviation, there’s so many facets,” she said. “Your success is defined by you — but you might not know exactly what that definition is yet.” 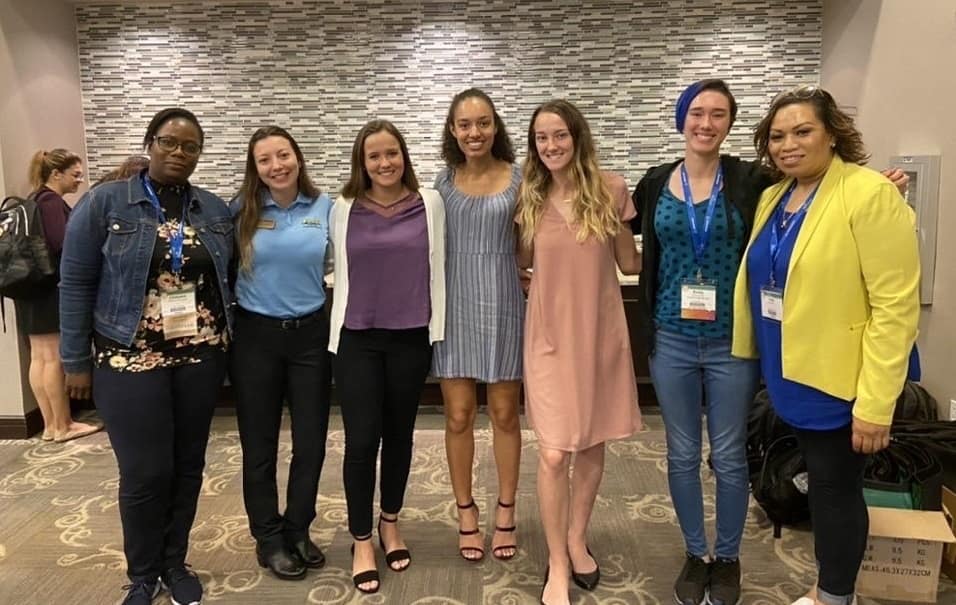 Trying to answer that question for herself, Lamb transitioned into the field of unmanned systems, where she became an executive for AUVSI, the world’s largest non-profit advocacy association for unmanned vehicles, and led the development of the world’s first safety certification program for drone pilots: the Trusted Operator Program.

That spark came again last year, leading Lamb to Embry-Riddle, where she now pursues full-time a Ph.D. in Aviation from the Worldwide Campus.

She never would have had the courage to push herself into these new fields, however, without support.

“If it wasn’t for Women in Aviation and the mentors I met through that program … perhaps I would not have had the strength to get through some of those challenges,” she said. “Your friendships and your mentors are really important. Build those networks up now.”

That is a sentiment to which Michele Halleran, Embry-Riddle’s director of Diversity Initiatives for the College of Aviation, and a 24-year member of WAI, can relate.

“When I began flying, I was the only female pilot within a 1,000-mile radius,” Halleran said. “To say I felt isolated in my career choice would be a massive understatement.”

So, she joined Women in Aviation International.

“The amount of support, mentoring and opportunities kept me going,” she said. “I found my tribe — finally.”

Regardless of whether you fly the airplane, maintain and repair, or design and build it, our women in aviation are at the forefront of this industry.

Today, Halleran works alongside university leadership to expand support and inclusion initiatives for minority groups throughout Embry-Riddle. Events like Girls in Aviation Day and Introduce a Girl to Engineering work to raise awareness of the variety of careers in the field by inviting hundreds of young girls to campus each year. Women in STEM programs, clubs like the Society of Women Engineers, and programs such as the Women’s Network and the Women’s Ambassador Program help cultivate that culture on campus. The university partners with WAI to offer free online courses, and diversity forums are held throughout the year to spread the message even further.

“Regardless of whether you fly the airplane, maintain and repair, or design and build it, our women in aviation are at the forefront of this industry,” Halleran said.

The university’s commitment to diversity is paying off, according to Embry-Riddle President P. Barry Butler, Ph.D., who cited Aviation Week’s recent 20 Twenties, a program that highlights 20 students from across the country that are on course to “change the face of the aerospace and defense industry.”

“Three of those 20 come from Embry-Riddle — and two of those three are young women,” Butler said. “That is quite the recognition.”

Additionally, a cohort of 22 students were the first to be named Boeing Scholars last year, winning scholarships to further their education at Embry-Riddle — something Lamb is proving is an option for women at any stage in their careers.

“I basically went from the C-suite to student in one fell sweep, and I’m very happy here,” she said. “I know that this is actually just another first step in my journey.”

She said, “Today, Women in Aviation International has grown into a worldwide support network so that any woman in any facet of aviation and aerospace can find someone in their tribe to connect.”