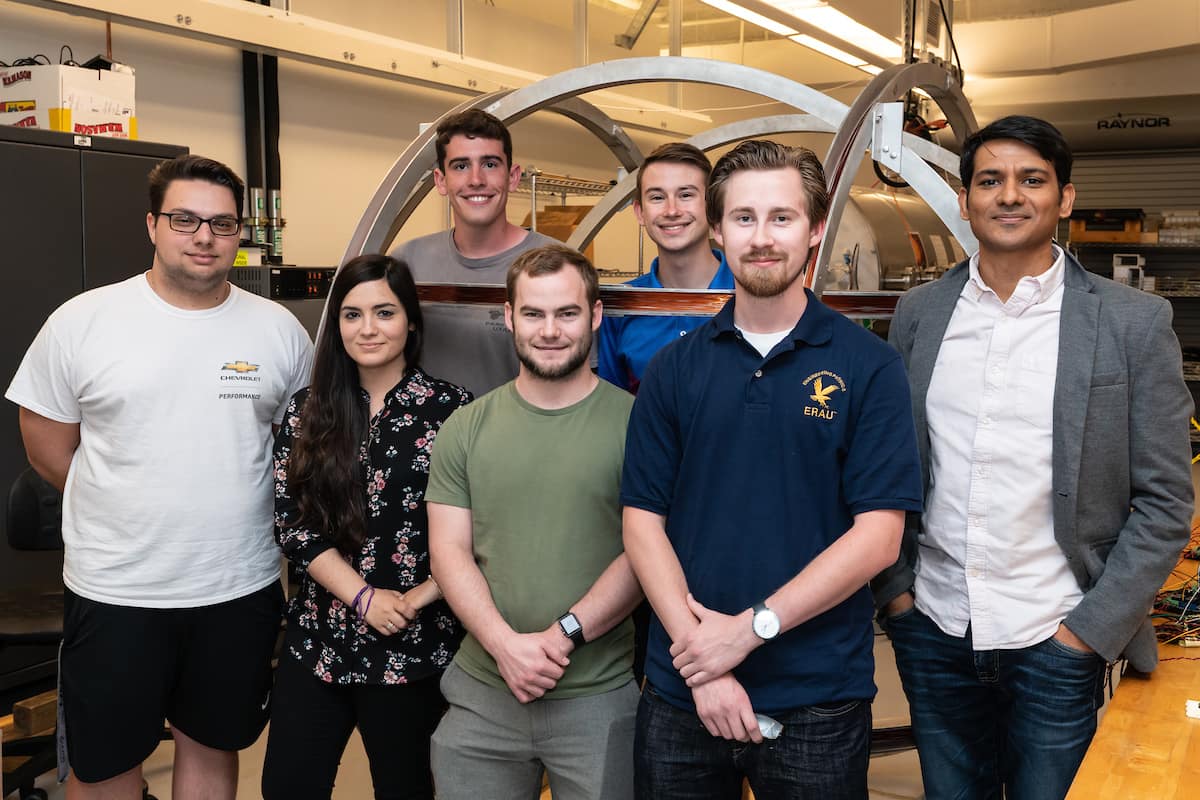 In summer 2021, Embry-Riddle’s Dr. Aroh Barjatya and his students will launch two identical rockets from tiny Kwajalein Atoll in the Marshall Islands, northeast of Papua New Guinea, thanks to a new $1.3 million NASA research award.

The rockets, to be launched 30 minutes apart, will bring back new clues to a region of the atmosphere where Northern lights dazzle, rockets soar and meteors fly. In this region, 80 to 140 kilometers above the Earth, misbehaving charged particles can wreak havoc on radio communications on Earth, aboard ships and with satellites.

Barjatya, associate professor of Engineering Physics – who received Embry-Riddle’s 2019 Abas Sivjee Outstanding Researcher of the Year Award – runs the Space and Atmospheric Instrumentation Lab (SAIL) at Embry-Riddle. A mentor for some three-dozen undergraduates and six graduate students over the past decade, Barjatya currently manages research grants worth about $2.7 million. His goal is to build instruments that help researchers understand space weather and the Earth’s atmosphere – from Earth, air, and space. 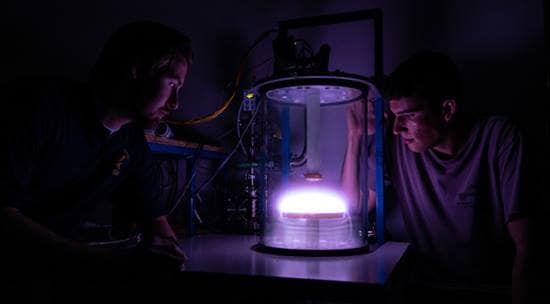 With his latest grant from NASA, Barjatya’s team will study complex mechanisms within the atmospheric region called the ionosphere. Specifically, he wants to learn more about two slices of the ionosphere called the E and F regions.

“What happens in these layers of the ionosphere can disturb over-the-horizon radio communications, GPS signals, short-wave radio signals and any other terrestrial broadcast,” explained Barjatya. “At times, this can significantly affect transportation and other business and systems operations.” 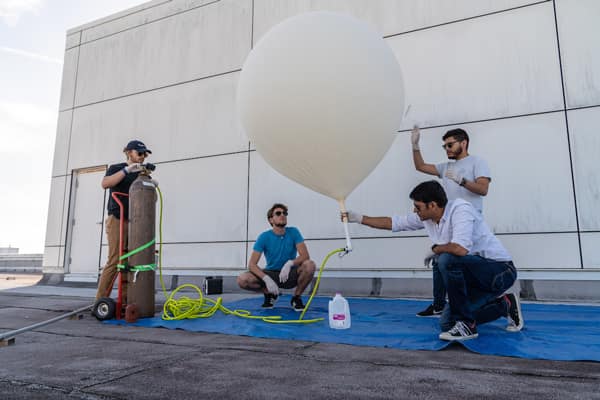 Barjatya’s recent research has confirmed that, near the Earth’s magnetic equator, wind shears can trigger sporadic high-density layers in the ionosphere’s E region. These currents, aligned along magnetic fields, move back and forth between the E and F regions, working in a kind of endless feedback loop to change temperatures and conductivities, which in turn change the density of the ionosphere.

“Sporadic E layers are like patchy, invisible clouds of enhanced plasma that play a crucial role in near-Earth space weather,” Barjatya said. “Having a complete understanding of them is necessary to be able to model them accurately and predict their occurrence.”

The rockets scheduled for launch in summer 2021 will be equipped to assess plasma and current densities, electron temperatures, neutral winds and other factors. Barjatya expects to have two to six undergraduate students and two to three graduate students working on the project over the next three years.

On Earth, in Air, and in Space

Barjatya emphasizes that his lab leverages scientific instruments across all three domains.

On the ground, his team uses sophisticated tools to simulate conditions in space as well as the real-world performance of spacecraft. In the air, high-altitude balloons are assessing turbulence in the stratosphere, which could affect hypersonic flight. In space, Barjatya’s team has developed instruments for NASA CubeSats that capture ionospheric data.

“End-to-end testing was the overall goal to ensure that a CubeSat operates and functions properly in the space environment,” Campagnolo explained. With partial support from the Florida Space Grant Consortium, the Embry-Riddle Office of Undergraduate Research, and Faculty Innovative Research in Science and Technology, the student researchers also worked on software to more easily and accurately interpret data from the Helmholtz cages.

Noemí Miguélez Gómez, a Master’s student in Electrical and Computer Engineering, is working on a high-altitude balloon project funded by the Air Force Office of Scientific Research. That project, involving multiple institutions, is looking at how future hypersonic vehicle designs can account for the effects of atmospheric turbulence and particles in the middle stratosphere. The research requires a high level of accuracy, noted Gómez, an international student from Spain. The high-altitude balloons can’t be recovered, so there are no second chances. “Every small error means that a whole new payload needs to be developed,” she said.

Liam Gunter, a Master’s student in Engineering Physics, developed an instrument called a Planar Ion Probe that will be flown on a pair of NASA-funded small satellites in 2020. The instrument measures absolute ion density in low Earth orbit.

“I have learned literally more than I could possibly describe,” said Gunter, who presented his work on his probe at the American Geophysical Union conference last December,. “I have such an immensely broad knowledge base from my experiences with Dr. Barjatya that I have no doubt I will be able to compete successfully in the job market.” In fact, Gunter said he has already launched a company to market his probe for university and government CubeSats and sounding rockets.

Campagnolo wants to work in research and development in the commercial sector, designing and producing new technologies for a variety of applications – from spacecraft and household products, to large-scale manufacturing solutions.

“Students in my lab gain a broad range of skills that will serve them well in their careers, whether they pursue industry, academia or government positions,” Barjatya said. “They gain hands-on engineering experience as well as knowledge of fundamental scientific concepts. For them, the sky is no limit.”