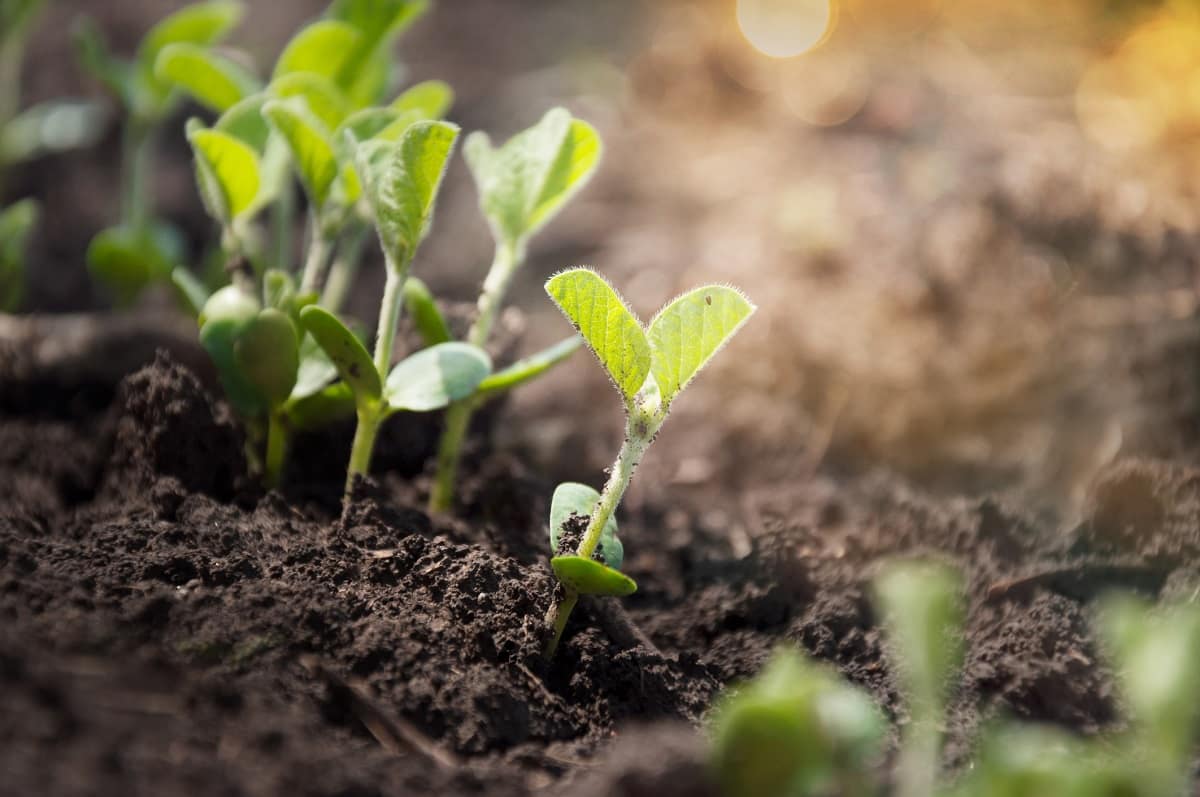 Cultivating food in space is difficult, in part, because of the room needed to accommodate a growing plant. Microgravity professor Dr. Hugo Castillo and Mechanical Engineering graduate student Collin Topolski see a solution, however, in nutrient-rich bacteria. (Photo: Hugo Castillo)

A half-cup of bacteria may not sound like the ideal ingredient to add to a home garden, but for astronauts in space, a cyanobacteria called Arthrospira platensis could provide a source of nutrient-dense, self-sustaining, fresh food, while requiring no soil and very little space to grow. At the same time, it could absorb part of the carbon dioxide produced by the respiration of the astronauts and ward off the harmful effects of space radiation with its antioxidant content.

With all of this in mind, Embry-Riddle assistant professor of Microbiology Hugo Castillo and Collin Topolski, a graduate student in Mechanical Engineering, have joined forces to investigate growing Arthrospira platensis, also known as Spirulina, in a space environment.

Three years ago, Topolski was starting to explore growing plants in a microgravity environment. With no budget to send the plants into space, or to purchase off-the-shelf microgravity-simulation equipment, he needed to design his own low-cost solution. 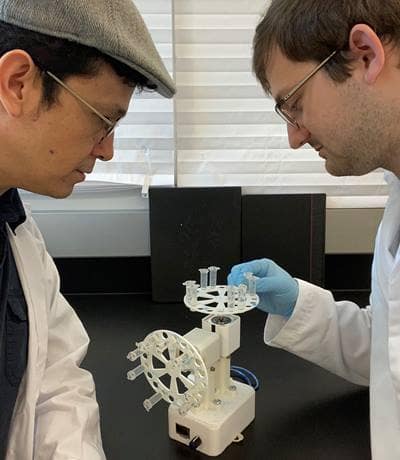 Turning to 3D printing, Topolski fabricated a rotating wheel called a clinostat. By attaching samples in small vials to the wheel at varying distances from its center and rotating the wheel, the contents of the vials effectively remain stationary. A formula that takes into account the speed of the rotation and the distance of a sample from the center of the wheel allows a researcher to simulate particular levels of microgravity. Gravity on Mars, for example, is 38 percent of the gravity of the Earth. The moon’s gravity is just 17 percent of Earth’s gravity.

About a year after Topolski began work on simulating microgravity-growing conditions on Earth, he and Castillo discovered they had shared interests. Castillo had performed extensive research on another aspect of the space environment: radiation. Also, as a biologist, he had extensive knowledge of both plants and bacteria.

“I stopped to talk with Collin when he was working at the bench, and I realized that what he was investigating was totally aligned with what I wanted to do at Embry-Riddle,” Castillo said.

The two decided to shift their focus from plants to Spirulina, but first they are experimenting with E. coli, which grows much faster (with a maturation time of 24 hours) than Spirulina (25-30 days). Much of their current work involves the computerized design of the vessels that attach to the clinostat wheel. That process is complicated, because the vessels need to allow the proper growing conditions for the samples, and they need to be sterile. They also need to be properly sized so that many replicates can be attached to the clinostat at once.

It remains an ongoing process, and “we’re making changes based on what we observe,” Castillo said.

When the results he and Topolski achieve with the E. coli are similar to previous tests conducted with an industrial microgravity simulation system known as a Rotary Cell Culture System, they will proceed to working with Spirulina.

By January, the researchers hope to send their bacteria samples into space.

In the meantime, Topolski has been ordering commercially available Spirulina to add vitamins B12, A, D, iron, potassium and other nutrients to smoothies.

The smell and taste of the Spirulina are “sort of marine,” he said. “(But) as soon as you put it into anything, the flavor goes away.”