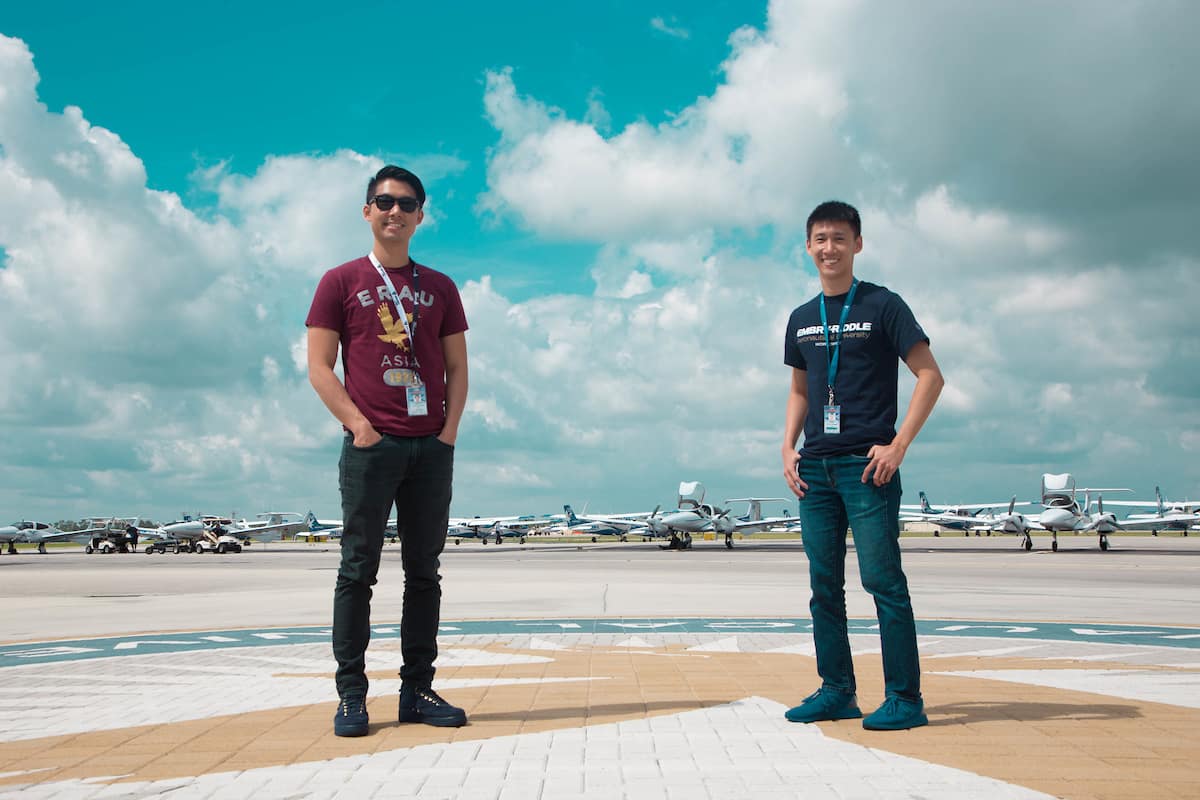 Theodon David Teo, left, and Benedict Lim, seniors from Embry-Riddle's Asia Campus in Singapore, are taking flight training for a year at the Daytona Beach Campus as part of a new program with Embry-Riddle Worldwide. (Credit: Embry-Riddle/ Daniela Cabrera)

Soaring over Daytona Beach with Embry-Riddle Aeronautical University flight instructors, Benedict Lim and Theodon David Teo said they enjoy the beauty of the open air space, grassy fields and the Atlantic coastline which is a sharp contrast from the Singapore high-rises.

The two seniors from Embry-Riddle’s Asia Campus are spending the next year at the Daytona Beach Campus in flight training and ground school. They are the first two student–pilots from a new accelerated 13-month flight training program that allows students to fulfill academic requirements for their Bachelor’s in Aeronautics degree at the Singapore Campus and then spend their final year at Embry-Riddle’s Daytona Beach Campus.

After successful completion of the flight training and possession of a Commercial Pilot’s Certificate with instrument and multi-engine ratings, students return to Singapore to complete the Civil Aviation Authority of Singapore licensing requirements and the opportunity for potential employment with Singapore Airlines or other airlines. 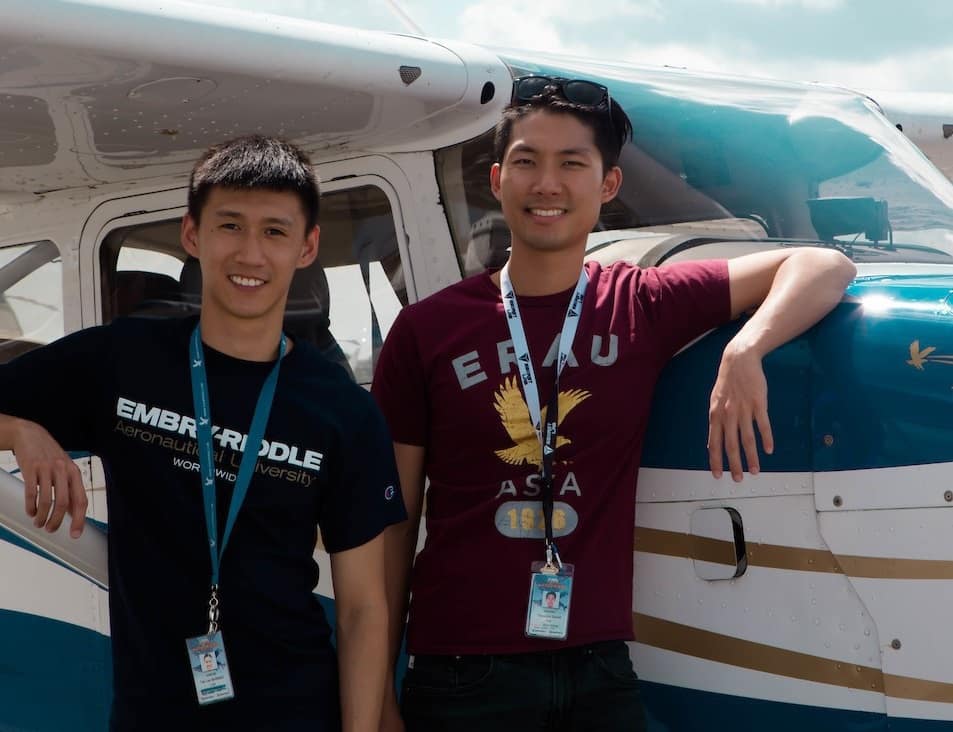 Benedict Lim, left, and Theodon David Teo, seniors from Embry-Riddle's Asia Campus in Singapore, are taking flight training for a year at the Daytona Beach Campus as part of a new program with Embry-Riddle Worldwide. (Credit: Embry-Riddle/ Daniela Cabrera).

The Asia Pacific Region leads the worldwide growth demand for airline pilots, based on Boeing’s “Pilot Outlook 2017-2036” report, which estimates the need for 253,000 new pilots in the next 20 years. North America airlines are forecast to require 117,000 new pilots. Worldwide there will be an estimated need for almost 660,000 new commercial airline pilots over the next two decades.

When the Singapore students return home and meet the requirements to convert their U.S. commercial pilot’s certificate, they will have the advantage of having a license from both the Federal Aviation Administration and the Civil Aviation Authority of Singapore, added Matthew Flaherty, executive director of enrollment and campus operations for Embry-Riddle’s Asia Campus in Singapore.

“This program makes them more qualified in terms of airlines who will want to hire them and it opens the doors for them to fly in many countries,” Flaherty said.

Dr. Alan Stolzer, Dean of the College of Aviation at the Daytona Beach Campus, said both students are very dedicated, are progressing well and should have their private pilot certificate in a few weeks.

“This is a great opportunity. Everyone is here to help us succeed in our careers,” said Teo, 26, who started flying when he was in an aviation club in high school.

The students from Embry-Riddle’s Asia Campus are both majoring in Aeronautics and said they wanted to train in the U.S. with Embry-Riddle because of the university’s “reputable flight training program.”

“When I return to Singapore, the aviation industry definitely knows Embry-Riddle and I will have a higher chance of working for an airline,” said Lim, 27, who previously worked as an analyst with a pharmaceutical company, but has aspired to become a pilot since his first commercial flight at 13.

The student–pilots noted flight training costs were considerably less in the U.S., and with a limited number of flight training providers and a restricted air space, they said the most popular destination for commercial pilot training close to Singapore is in Australia.

The new accelerated 13-month flight training program with the Embry-Riddle Asia Campus could be expanded to include additional Singapore students next year and possibly expansion to the Embry-Riddle Prescott Campus, Flaherty said.