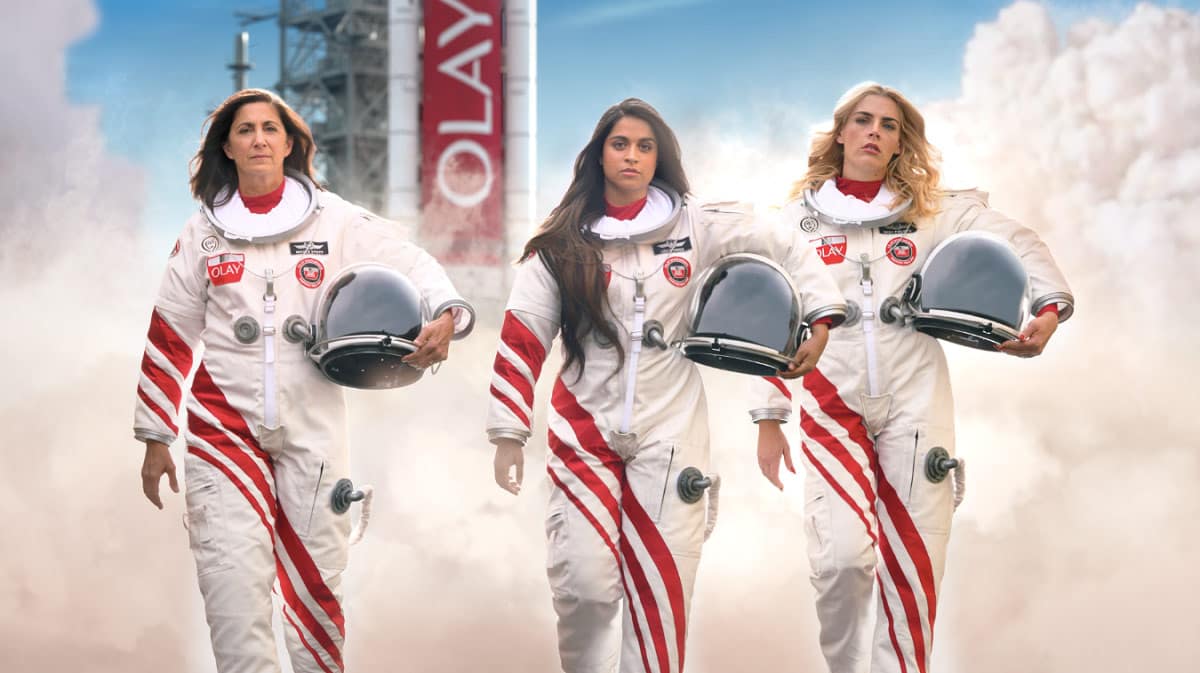 To support an inspirational Super Bowl LIV commercial featuring Embry-Riddle Aeronautical University alumna and retired astronaut Nicole Stott, the Olay company plans to donate one dollar (up to $500,000) to the nonprofit Girls Who Code each time someone uses the hashtag #MakeSpaceforWomen on Twitter.

The social media fund-raising effort, which will be ongoing from Jan. 15 through Feb. 3, reflects Stott’s long-time advocacy for science, technology, engineering and math education (STEM), and her focus on diversifying the STEM field. Stott, an Embry-Riddle Board of Trustees emerita who is now a full-time artist, speaker, and founder of the Space for Art Foundation, spent 27 years working with NASA before retiring in 2015.

The Olay Super Bowl commercial, inspired by NASA’s first all-female spacewalk in October last year, features retired astronaut Stott as she heads into space with comedian and talk show host Lilly Singh and actress Busy Philipps. “Their space mission will be overseen by Taraji P. Henson, and Katie Couric will direct them on the airwaves,” CNBC has reported.

The commercial will air as the San Francisco 49ers go head to head with the Kansas City Chiefs during Super Bowl LIV on Sunday, Feb. 2, at 6:30 p.m. EST.

Stott told CNBC that she hopes the Olay Super Bowl commercial will help motivate young women to become astronauts, scientists and engineers. “One of the things that I think is having the greatest impact right now on increasing interest [in the industry] is for women in these fields to be out and present for young women to see them,” she said. “And that’s why I think a commercial like this, that is at an event so visible as the Super Bowl, is really important in showing young women that there are opportunities out there.”

Stott graduated from Embry-Riddle with an Aeronautical Engineering degree in 1987. She lived for 104 days in space aboard the Space Shuttle and the International Space Station (ISS), worked on a spacewalk for more than six hours outside the ISS; and was the first person to paint in space, where she created a watercolor Earth-scape from a photograph she took through an ISS window.