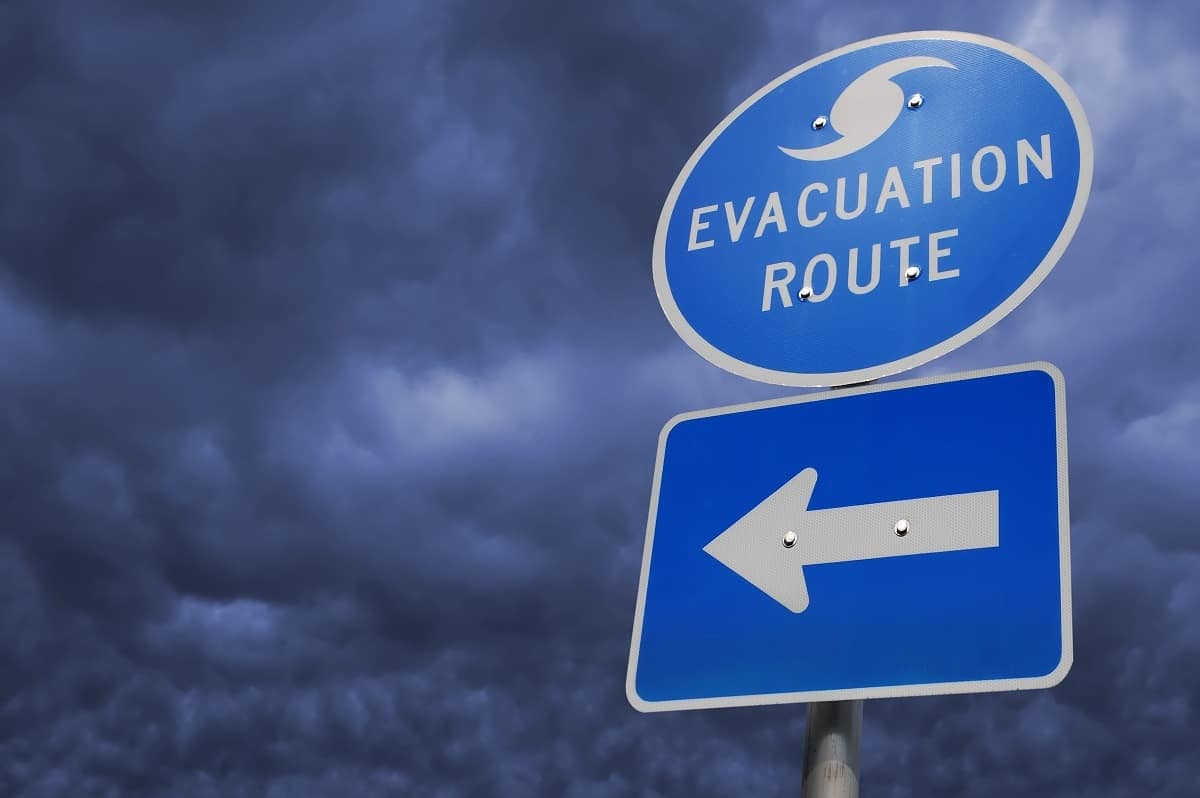 As Hurricane season begins this month, a team of Embry-Riddle Aeronautical University professors and graduate students have been charged with studying Hurricane Irma’s mass evacuation and provide recommendations for a smoother exodus in the future.

With a state of emergency declared and mandatory evacuations issued throughout the state as Hurricane Irma approached Florida last September, millions heeded the warnings. Highways, interstates and the Florida Turnpike quickly turned into parking lots as about 7 million people were ordered to evacuate before the powerful Category 4 storm made landfall. Vehicles and gas stations ran out of fuel causing gridlocks.

The Embry-Riddle study, which will continue through February 2019, will provide an analysis to the U.S. Department of Transportation (DOT) on Irma’s evacuation and fuel shortages that occurred. The team on Embry-Riddle’s Daytona Beach Campus will identify opportunities and vulnerabilities that currently exist; make policy recommendations for more efficient future evacuations; and suggest how to improve allocation of resources and better equip areas to avoid fuel shortages.

“If you know in advance which areas will be hardest hit, priority treatment can be given to refueling those gas stations,” said Sirish Namilae, Ph.D., assistant professor of Aerospace Engineering and principal investigator on the project along with co-principal investigator Dahai Liu, Ph.D., professor with the School of Graduate Studies, and their graduate students Sabique Islam and Dimitrios Garis.

The research is part of a sub-grant from the Center for Advanced Transportation Mobility, a consortium led by North Carolina Agricultural and Technical State University through the DOT’s University Transportation Centers Program.

With use of Embry-Riddle’s Cray® CS™ cluster supercomputer, various scenarios and simulations will be conducted, including calculating factors such as fuel levels of individual cars, evacuation routes, number of lanes on various roads, gas station locations, and incidents of emergencies and traffic jams due to random accidents and gas shortages.

“By conducting simulation runs within specified parameters, we hope to get a better picture of what occurs when the masses are forced to move along a particular path and how it affects them,” said Garis, an Aeronautics master’s student working with professor Liu. “We hope this research will provide emergency evacuation planners with an idea of what can be done to help speed up traffic flow and ensure evacuees make it out of the danger areas faster.”

Namilae is adapting a particle dynamics mathematical model he and a previous team developed to study pedestrian movement and ways to reduce the spread of infectious diseases on commercial airlines and at airports. Algorithms will be derived that will help provide real-time data during future evacuations.  The team will perform a detailed case study of evacuation out of Florida from Miami-Dade County on Interstate 95, Florida's Turnpike and Interstate 75.

Public data from the Florida Department of Transportation is also being reviewed and data from tech company GasBuddy, whose app and website database of more than 140,000 gas station convenience stores, includes real-time fuel price information, station locations, offerings and reviews.

“This research uses a combination of theories and ideas borrowed from different avenues of science such as disease transmission modeling, sensor fusion algorithms from aerospace engineering and probability of random numbers from computational mathematics,” said Islam, a graduate teaching assistant studying Aerospace Engineering. “The outcome will help teach future researchers to employ different methods to their research and have an open mind when it comes to attacking scientific problems from different aspects.”

Government policies in place with respect to refueling will be studied along with processes for phased closing and opening of gas stations.

“We are looking at whether fuel restrictions placed on cars could help to get more cars out, since during a hurricane there are limited supplies for each gas station and gasoline cannot be delivered to gas stations promptly due to traffic constraints,” Liu said. “This type of situation is hard to investigate as it involves many factors that are complex and studies are extremely limited.”