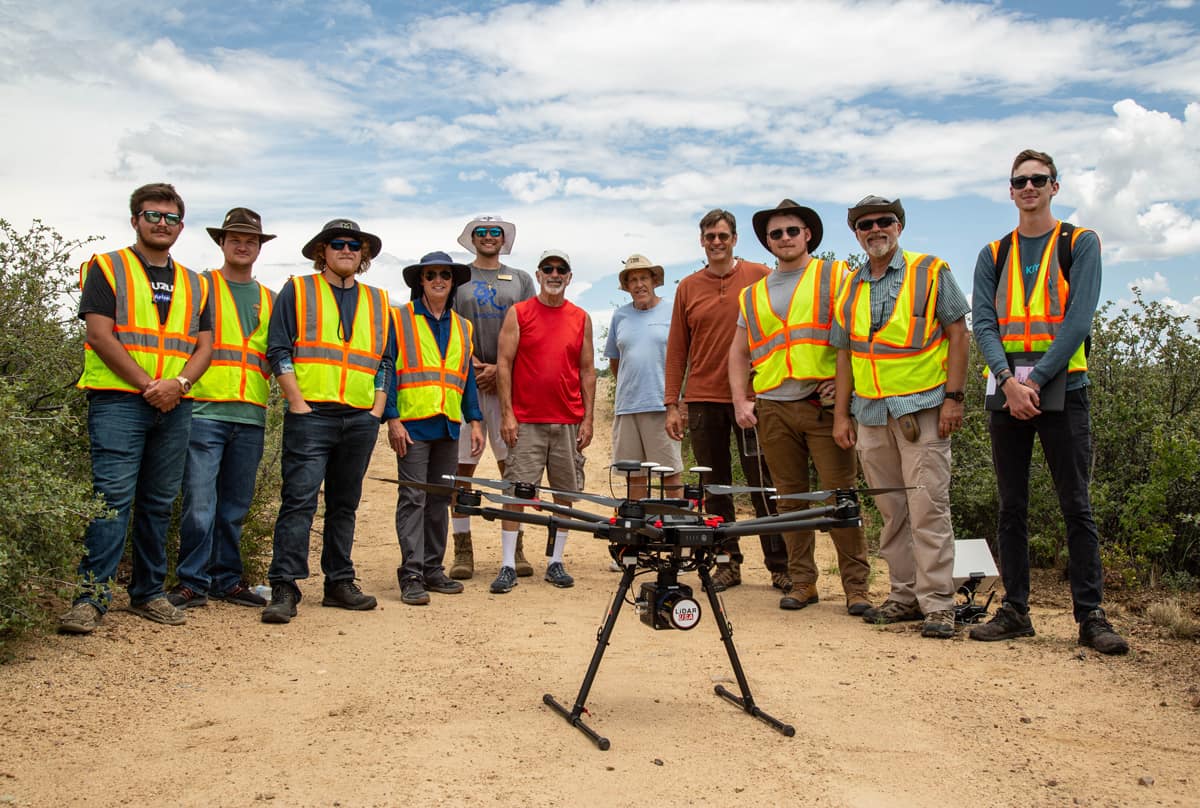 To better predict damaging, destructive thunderstorms associated with monsoons in Arizona, Embry-Riddle Aeronautical University researchers are deploying drones and a manned airplane, each outfitted with a suite of meteorological instruments, to explore the mostly uncharted complexities of the lower-atmosphere boundary layer.

“We believe existing computer models are not capable of accurately predicting the storm initiation locations because of the fact that we have to make educated guesses in our computer models in the lower atmosphere — the boundary layer,” said Dr. Curtis James, professor of Meteorology and a co-investigator of the project. “There are a lot of processes that happen down near the ground. Moisture and heat from the ground, fine-scale mountain forcings, thermal circulations and turbulent eddies over mountains. We suspect computer models are not handling those processes correctly.”

The research is a collaboration between Embry-Riddle’s Prescott and Daytona Beach campuses, involving faculty from both, representing specialties in meteorology, Geographic Information Systems, remote sensing and unmanned aircraft systems. Dr. Kevin Adkins, associate professor in the Department of Aeronautical Science and also a project co-investigator, will transport the drones — which can measure three-dimensional wind speeds, temperature, humidity and air pressure — to Prescott from Daytona Beach.

Prescott's manned aircraft, an Aeroprakt A-22 Foxbat, will be outfitted to take the same measurements over an extended range to “get a better diagnostic,” said Dr. Ronny Schroeder, assistant professor in the Department of Applied Aviation Sciences and the principal investigator of the project.

“Instead of one patient with one doctor, you would have a whole hospital,” Schroeder said, referring to the multi-aircraft approach. He added that existing forecasting models do a poor job of depicting the initiation and propagation of the convection cells that produce thunderstorms, at least partly because measurements from stationary local weather stations located miles apart don’t reflect the meteorological interactions that occur over complex terrain.

Attached to the wing of the team’s manned Aeroprakt A-22 Foxbat aircraft, deployed over Cherry, Arizona, was a 3D wind probe. (Photo: Ronny Schroeder)

The current project, which uses low-cost, lightweight sensors tested on the drones flown on the Daytona Beach Campus, will greatly amplify the available data.

“The denser and more frequent the data, the better the forecast,” said James.

Brian Sandford, an Unmanned Aircraft Systems (UAS) major who graduated in May of 2021, has been involved with the UAS collection of data.

"This project is important because of the nature of the data we need to collect. We need a series of data sets from morning to afternoon over several sites relatively close in time to each other, and a drone is a cost-effective and reusable platform," Sandford said. "The normal tool used for this sort of work would be a radiosonde, which is expensive (about $300 a launch) and can't be recovered."

Sandford said participating in the project is also helping him to advance his career.

"Several researchers have been impressed so far with the quality and quantity of data collected by the UAS," he said. "After talking to them about other potential uses of UAS, they have expressed interest in bringing me back on for future projects."

Bailey Cortright, a UAS major entering his senior year, said he will be working with the data collected during the project.

"The work that I will be doing comes in the later stages, when I will work with the wind and temperature data in post-processing," Cortright said. "I will use ArcGIS Pro to represent the data in a 3D space and analyze how it changes over time. Converting these irregular wind measurements into a uniform grid will be a crucial part of this process as it will allow us to feed the data into the weather analysis software. This will allow us to study the monsoon conditions and how they form and mature in northern Arizona."

During the monsoon season, the area surrounding Prescott is subject to thunderstorms that form over the higher terrain almost daily. These storms can cause frequent lightning, hail, gusty winds and flash flooding, leading to significant property damage and loss of life.