Q&A: How Much of a Threat Do Drones Pose to Air Travel? 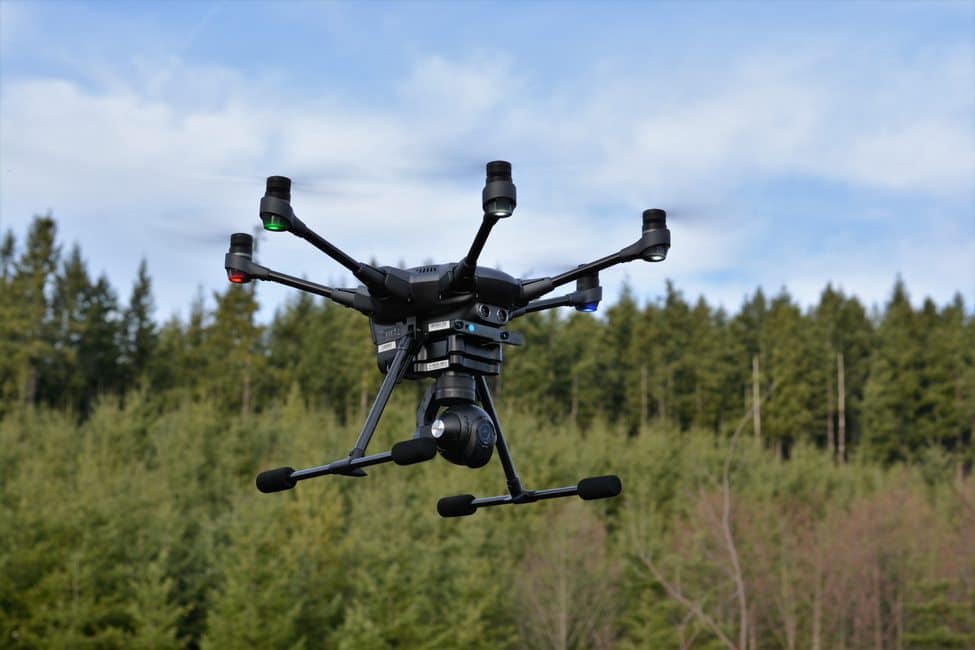 Embry-Riddle’s Dr. Kristy Kiernan, program chair for the Master of Science in Unmanned Systems, focuses on bringing together the safety culture of aviation and the “innovation culture” of drones, particularly given the promise of drones to benefit society by improving public safety. Recently on Forbes.com, she explored the risks that drones could pose to air travel.

Do small unmanned aerial systems, or drones, pose a threat to airplanes and airline passengers?

If drones end up where they don’t belong, they could be a hazard to manned aircraft.  We have regulations and technology that should prevent drones from being in the same airspace as manned aircraft, but these safeguards don’t always work.  Alleged drone sightings have shut down operations at Gatwick, Heathrow, Newark, Dubai, Sao Paulo, and Dublin airports, among others. On Feb. 21, 2019, flight operations at Dublin airport were briefly suspended following a confirmed sighting of a drone over the airfield.

How rapidly are drones proliferating? 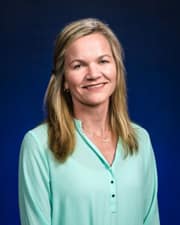 Do we know how many drones are actually flying over airports?

My colleagues and I studied drone flights over a 13-day period around Daytona Beach International Airport. During that time, we detected 73 different drones that made 192 separate flights. Some 7 percent of those drone flights exceeded 400 feet, and 21 percent exceeded the recommended maximum altitude for the area where they were operating. In one case, a drone was detected at an altitude of 90 feet within a quarter mile of the approach path to an active runway. In total, eight drones were detected within one mile of the center of the airport. That may not sound like a lot of drones, but there were 11,500 aircraft takeoffs and landings at that airport – many opportunities for conflicts.

For those unfamiliar with the regulations, why is that concerning?

Remote pilots are required to keep their drones in sight, below 400 feet, and out of airspace meant for passenger-carrying aircraft.  Anytime you see drones flying outside those parameters without permission, it’s a cause for concern.

Are both hobbyists and commercial drone pilots required to take a test?

No. Commercial drone pilots must pass an FAA test, but there is currently no test for recreational drone pilots. The FAA, the AMA and many companies have tried to ensure hobbyist drone pilots know the rules, but that doesn’t guarantee that everyone will follow them.

Does technology offer any solutions?

Some companies are using software solutions to keep drones away from the areas where they don’t belong. DJI and other companies use “geofences,” which alert pilots if their drones enter off-limits areas. Some geofences prevent drones from flying at all. But geofences don’t always correspond to the airspace the FAA wants to protect, and users may be able to override them.

Some people think the risk of drones and airplanes colliding is overblown. Why?

There have been cases in which objects reported as drones turned out to be something else. It’s pretty difficult to distinguish a drone when you’re flying in a manned aircraft. Actually, it’s pretty difficult to see a drone at all. An Oklahoma State University study found that when pilots of small aircraft looked for drones, they were only able to detect them when they were a tenth of a mile away, on average. To me, this should be cause for greater concern. Maybe it’s what pilots are not seeing that should worry us.

What does the future hold, in terms of innovation to keep drones and airplanes apart?

This is a really vibrant area of research and development, and I think we’ll see a lot of change in the next few years, in terms of education, regulation, and technology.  Eventually, some form of identification and tracking will be required for all drones, but it will have to be a different system from what aircraft use now, or we risk overwhelming pilots and air traffic controllers with information and clutter.

If a drone did strike an aircraft, what would happen?

Damage from a collision depends upon many variables, including the mass of the object being hit and the impact velocity, the density of the object, the angle of impact, and the frangibility of the object, or how easily it breaks up. Already, transport aircraft have to be able to withstand impacts of birds weighing 4-8 pounds on the airframe at cruising speed, and ingested into the engine at takeoff power. Most popular consumer drones weigh less than that. On the other hand, a series of studies performed at Virginia Tech suggest that the concentrated mass of drones compared to birds makes impact with a drone more damaging than that with a bird of a similar weight. The best option would be to avoid hitting a drone at all.

We’ve been talking about accidental collisions. What about deliberate acts?

That’s a whole other story. A number of solutions are being investigated to prevent drone attacks on airports. When two industrial-sized drones were spotted over London’s Gatwick Airport, bringing air travel to a halt last December, British authorities are thought to have used an Israeli-developed system called Drone Dome to detect the drones. That system uses radar and a laser range finder to spot drones up to 6 miles away and then jam communication between the drone and its operator. At Embry-Riddle, researchers have been working on a “Drone Net” that might someday offer a cost-effective way to protect small airports, university and corporate campuses, and farms from irresponsible drone operators. That technology is based on a network of passive rooftop sensors that continuously scan the sky. That can be a more affordable option than an active sensor like a radar.

How can we reduce the risks that drones pose to air travel?

We need more data. We need to know where drones are operating, how they are being used, where the threats are, and how bad it is when you hit them. Only with more information can we really understand the threat from drones encountering aircraft.