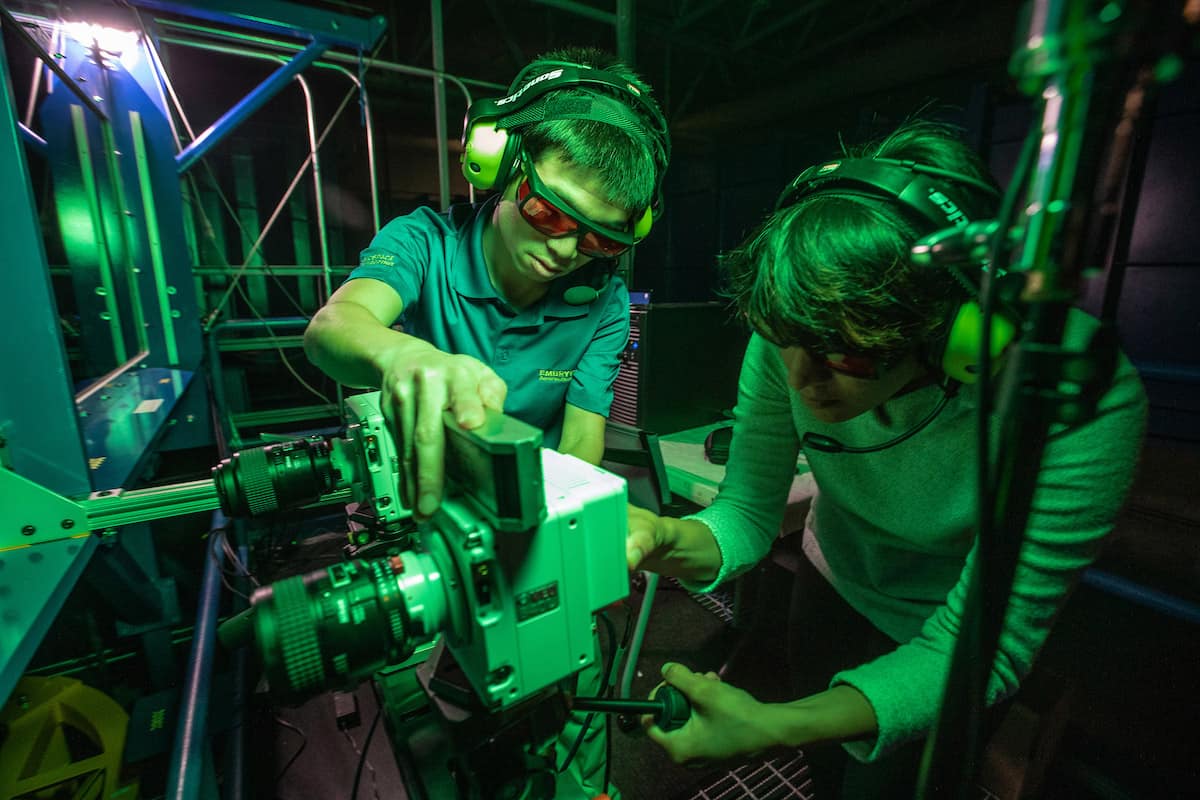 “We serve a dynamic industry. Embry-Riddle continually improves discovery-driven programs that prepare our students to meet emerging challenges,” said P. Barry Butler, president of Embry-Riddle. “We are proud of our continued high ranking as an aerospace educator and the recognition we have earned for value, innovation and our commitment to veterans.”

In the category of Best Undergraduate Aerospace / Aeronautical / Astronautical Engineering Programs at schools where a doctorate is not offered, Prescott is the No. 1 ranked school in the country for the third year in a row.

In the category of Best Undergraduate Engineering Programs at schools where a doctorate is not offered, the Prescott Campus tied at No. 17 nationally and excelled as the highest-rated Arizona school in the category. This year’s ranking is also Prescott’s 14th appearance in the top 20 nationwide.

“We are pleased to be recognized as a premier undergraduate engineering college delivering excellent results for our students and alumni,” said Dr. Ron Madler, Dean of the College of Engineering at the Prescott Campus. “Our outstanding alumni, experienced faculty, hands-on focused curriculum and modern facilities stand out amongst our peers.”

At the Daytona Beach Campus, in Best Undergraduate Aerospace / Aeronautical / Astronautical Engineering Programs at schools whose highest degree is a doctorate, the university is now tied for No. 4 in the nation. In previous years, when the campus was ranked among non-doctorate schools, it was No. 1 in this category for 16 consecutive years.

The Daytona Beach Campus’ aerospace engineering program is the largest in the nation and offers bachelor’s, master’s, including an online option through the Worldwide Campus, and Ph.D. degrees.

For the ranking of Best Undergraduate Engineering Programs at schools whose highest degree is a doctorate, the Daytona Beach Campus is once again ranked as one of the top three programs in the State of Florida, along with the University of Florida and University of Central Florida. In previous years, when the campus was ranked among non-doctorate schools, it was in the top 12 in this category for 14 consecutive years.

“Our engineering programs are based on experiential learning and incorporating discovery into the teaching process. We promote innovation and the entrepreneurial mindset, and instill the values of ethics, professionalism and service,” said Dr. Maj Mirmirani, Dean of the College of Engineering at the Daytona Beach Campus.

The University’s engineering degree programs at the Daytona Beach Campus include aerospace, civil, computer, cybersecurity, electrical, mechanical, software, systems, and unmanned and autonomous systems, in addition to other engineering-related programs.

Best Regional Universities in the South

In additional rankings, the 2020 Best Colleges guidebook once again lists Embry-Riddle’s Daytona Beach Campus among the Best Regional Universities in the South, tied at No. 11, the 16th year in a row the school has been in the top 20.

Within the Southern regional category of 136 schools, Embry-Riddle also achieved the following rankings:

The Daytona Beach Campus was additionally recognized within the southern regional university category as an A-plus School for B Students, a School with the Most International Students and for Campus Ethnic Diversity.

Earlier this year, Embry–Riddle’s Worldwide Campus was ranked No. 1 in Best Online Bachelor's Programs, the only private, not-for-profit institution ranked in the Top 10 out of 367 universities nationwide. Since 2014, Embry-Riddle Worldwide has ranked in the top five of the annual list, including being named No. 1 three out of the past four years.

The Worldwide Campus was once again named the top school in the country in U.S. News & World Report’s Best Online Bachelor’s Programs for Veterans and its online graduate business program (excluding MBA) was also named one of the top programs in the nation.

“The U.S. News and World Report rankings recognize the commitment of our faculty and staff to the success of our students,” said Senior Vice President for Academic Affairs and Provost Lon D. Moeller. “The Best Colleges recognition also helps to emphasize the sense of discovery our students bring to and develop during their time at Embry-Riddle and it acknowledges the career success our graduates have when they enter the workforce.”

Highlights of U.S. News & World Report’s 2020 Best Colleges guidebook are posted at http://www.usnews.com/colleges, where the e-book is available for purchase.

Six Eagles Earn Scholarships from the U.S. Department of Defense