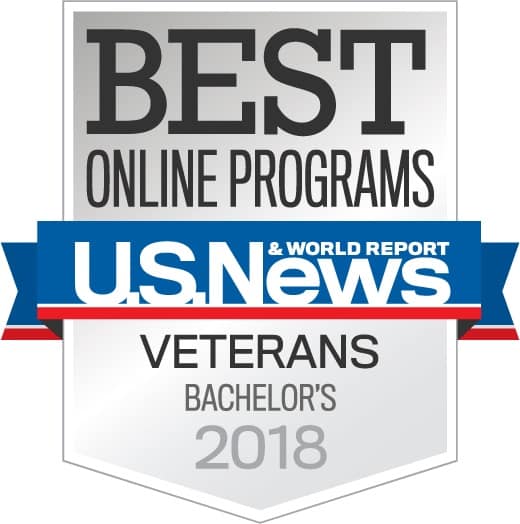 Headquartered in Daytona Beach, Fla., Embry-Riddle Worldwide provides bachelor’s, master’s and doctoral degree programs for more than 23,000 students online and at 125 campuses in the United States and globally. Nearly half of those undergraduate and graduate students are active military, in the reserves or veterans taking classes online or onsite at military bases around the United States or abroad.

“We are unlike any other university in that we are committed to not only offering the highest quality degrees to our active-duty military and veteran students, but we are constantly looking at other programs and partnerships that give our veterans unique and valuable tools to succeed as they enter the workforce,” said Embry-Riddle Worldwide Chancellor Dr. John R. Watret. “We are incredibly proud that we are one of the only universities in this list that has provided online and in-classroom degree programs, training and certification to our military for 48 years.”

One such partnership is an intensive 18-week program, the Microsoft Software & Systems Academy (MSSA), that provides transitioning service members and veterans with the critical career skills required for today's growing technology industry. As a Microsoft education partner, Embry-Riddle Worldwide now offers the program at nine of its campuses in the U.S., with the most recent launching this week at Marine Corps Base Quantico, Va.

The university’s tradition of educating service members began in 1970 at Fort Rucker in Alabama and has grown to include base locations in Europe, the Middle East, Japan and South Korea. It has earned numerous accolades including multiple top nods for its online master’s and bachelor’s degree programs from independent online ranking providers as well as being designated a top military-friendly school by Victory Media.