What Makes a Safe Pilot? 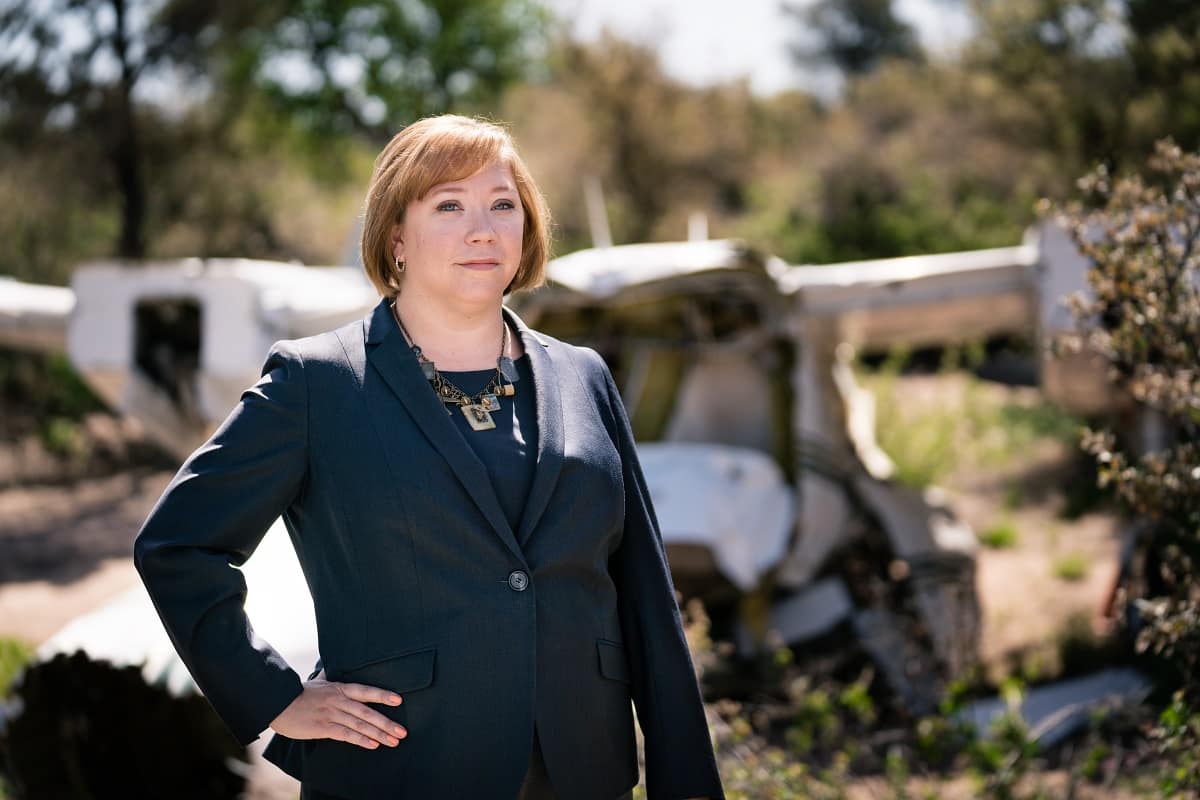 “One of the things I try to teach here is that with the extremely rare exception, 99.9 percent of pilots don’t get into a plane thinking, ‘I’m going to crash today,’” says aviation psychologist Erin Bowen.

When people hear that Erin Bowen is an aviation psychologist, they often ask her whether she delivers therapy to pilots, or what she thinks about rare tragedies such as Germanwings Flight 9525 – the flight crashed by its co-pilot in 2015. But she and her colleagues take a much more expansive view of flight safety, one that focuses less on the pilot and more on the surrounding aviation culture.

Indeed, aviation psychologists who work on ways to improve flight safety must look beyond pilot personalities and training to examine the entire “culture” at work every time a plane takes to the skies.

“When we look at what might make a safe pilot, it’s more about how do we build the policies, the systems, the selection procedures, the regulations, the environment, the culture,” says Bowen, an associate professor of behavioral and safety sciences at Embry-Riddle Aeronautical University’s Prescott Campus in Arizona. “How do all those things play into the decision that the pilot makes when that moment comes, the moment when they have to make the critical choice?

“It’s a lot easier to see if there is a safe system in place than it is to claim that a person is a safe pilot,” she adds.

In May, Bowen and Brian Roggow, an aviation safety program manager at Embry-Riddle, presented new research at the International Symposium on Aviation Psychology looking at four years’ worth of safety climate surveys from a collegiate aviation program where the participants ranged from flight instructors to dispatchers to office workers. Their study revealed several responses – particularly regarding safety communications between pilots and instructors – that showed significant change over time.

Their study is one of the few to look at how an aviation culture changes over the long run. Bowen says their results may in part reveal how high turnover among pilots and instructors – as a global pilot shortage continues – can impact safety. Without a stable workforce to communicate the cultural “norms” of an organization, she notes, “you’re risking pervasive change to the safety culture.”

When an organization can’t agree on these norms, individuals may commit “small but ever growing violations of rules, procedures and policies,” Bowen says. “They might justify it to

themselves by saying, ‘I got away with it once – in that nothing bad happened – even though I took a shortcut here or skipped this step.’”

At Embry-Riddle, Bowen says, students learn about the consequences of ignoring these norms, with the help of cautionary case studies, “most wanted” lists of errors from the Federal Aviation Administration (FAA) and in-flight simulator training. Often it is learning communication “soft skills” – for instance, keeping a sterile cockpit with no non-flight-related talk during critical periods – that pose the most difficulties for students.

Too often, organizations may attempt to fix one safety problem – singling out pilots for violating the sterile cockpit, for example – without examining the rest of the safety culture. “And that absolutely is not going to work,” Bowen says. “It’s like you have 99 oars rowing one way, and here’s one little stumpy oar rowing the other way.”

Inside the Minds of Pilots

Other Embry-Riddle researchers approach aviation safety at the level of the pilot. For instance, Bob Walton, a faculty member with Embry-Riddle Worldwide and executive director of campus operations, has studied accident differences between male and female pilots.

A 2016 study published by Walton concluded that at low levels of training and experience, female pilots have accidents that cause higher amounts of aircraft damage and personnel injury, compared to male pilots, but that female pilots go on to have significantly fewer accidents at higher levels of experience. Walton also found that pilot suicide, as in the Germanwings case, is very rare but more likely to be carried out by male pilots with depression.

In general, Bowen says, airlines are on their own in choosing what kind of psychological assessments to use with their pilots (or whether to use them at all). There is no preferred “pilot personality,” she says, although some assessments will evaluate a pilot’s conscientiousness, attention to detail, willingness to follow policy and procedures, and stress-response skills.

As the director of Embry-Riddle’s Robertson Safety Institute, which contains the largest aircraft accident laboratory in the country, Bowen always keeps safety top of mind. “One of the things I try to teach here is that with the extremely rare exception, 99.9 percent of pilots don’t get into a plane thinking, ‘I’m going to crash today,’” she says. “So why do we have accidents? It’s not equipment failures as much anymore. It’s people and communication problems.”

Geese, blackbirds, deer, salmon (yes, salmon – more on that below) are the culprits behind more than 7,500 wildlife strikes on aircraft in the United States each year. For 15 years, a database that was launched at Embry-Riddle has documented many of these damaging and sometimes deadly collisions.

The FAA’s Wildlife Strike Database (wildlife.faa.gov) was first developed in 2000 under the guidance of Archie Dickey, a professor of biology at Embry-Riddle’s Prescott Campus in Arizona. The database contains a wealth of strike reports, the best known of which may be the Canada goose strike that prompted Chesley “Sully” Sullenberger to land in the Hudson River in 2009.

The goal, Dickey says, is to know more about where, how and why these strikes take place so that wildlife biologists can work to reduce their number. “We’ve been very active in trying to educate people, airports, pilots, everyone connected with the aviation industry, that if they have the ability to report these strikes, they should report them,” Dickey says.

Embry-Riddle offers the only undergraduate degree in wildlife science with an aviation focus in North America, and the wildlife biologists trained through this program learn how to make airports less inviting to animal neighbors. The FAA database helps these researchers look at trends for particular airports and regions, to see if recent habitat changes or events such as winter storms have altered the strike risk, Dickey notes.

These biologists often focus on changing the habitat around airports using different mowing techniques or removing nearby trees or standing water to make an area less attractive to bird flocks, in particular. But noise cannons, trained falcons, netting and models of predators like wolves or dogs all play a part in creative strike deterrence, Dickey says.

This year, he and his students are exploring a technological fix to see whether a special sequence of flashing lights on planes could reduce strikes. But Dickey warns that birds are very adaptable. “If anyone ever calls you a birdbrain, you should shake their hand,” he says. “Birds learn very fast, and what may work on them today may not work tomorrow.”

And then there are the strikes that no planning can predict or prevent. The strangest incident in the database, Dickey says, is the tale of a bald eagle who plucked a salmon from a river northeast of Seattle. Startled by the takeoff of a small plane, the eagle dropped the fish, which made a crash landing through the cockpit window.