A team of 14 Embry-Riddle students and two faculty members traveled to Arizona and New Mexico to capture data on ancient cities. Footage from their trip, along with examples of each camera system used in their research, is shown here. (Video: Imai Adrian Bates-Domingo)

A group of 14 Embry-Riddle Aeronautical University students took a service-learning trip to New Mexico and Arizona this summer to work with archeologists in mapping ancient cities.

“The things we saw and accomplished were amazing,” said Dr. Dan Macchiarella, professor of Aeronautical Science. “Students used drone remote sensing technology at locations that were inhabited 4,000 years ago.”

“Many were being captured as images for the first time,” Macchiarella said. “It’s stunning to know that ancient people were making drawings here in North America that long ago. In many ways, these petroglyphs are mysterious. Some depict elements of everyday life, like animals; others are very abstract, with the true meanings lost to time." 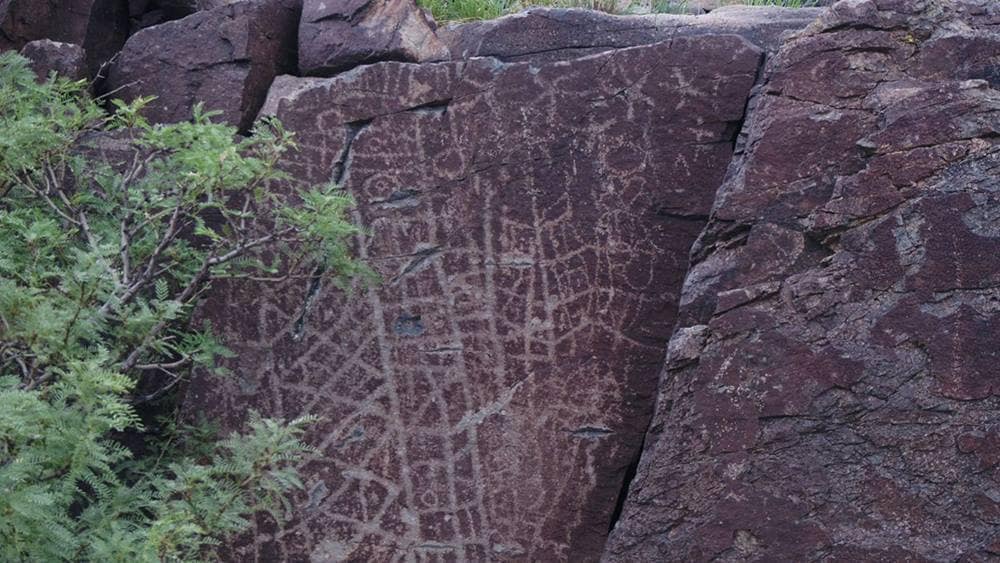 The Embry-Riddle research captured the first-ever photographs of rock carvings, some up to 4,000 years old, in Tularosa, New Mexico. (Photo: Embry-Riddle/Dan Macchiarella)

The team, comprised of graduate and undergraduate Unmanned Aircraft Systems students, traveled to both New Mexico and Arizona to collect virtual data on a variety of locations using thermal infrared, LiDAR, multispectral and visible light systems built onto drones. They also were eligible to earn up to nine credit hours for the project, working as part of a Study America Program through Embry-Riddle’s Office of Global Engagement.

“The main purpose was to give students studying UAS a real-world experience that meets a need,” Macchiarella added. “UAS brings a new aerial perspective to remote sensing. We can achieve levels of detail that exceed the best Google Earth images by a factor of over 25.”

The data collected by the students helps deepen archeologists’ knowledge of the people who inhabited these ancient regions. For instance, the team identified prehistoric canals and a reservoir system, which they believe supported a population of nearly 10,000 in Safford, Arizona. They searched for farm fields and irrigation systems near Tularosa, which was inhabited between 450-650 A.D. Near Nogales, Arizona, the team analyzed a campsite confirmed to be a fortified location that Francisco Vazquez de Coronado used in his 1540 campaign into what is now the southwest U.S.

“This is the first chance I had to fly drones in the field,” said Philippe Naviaux, a UAS junior from Embry-Riddle’s Prescott Campus who participated in the project. “I would love to join another archeological mission in the future where I can use my drone knowledge to discover hidden things still out there.” 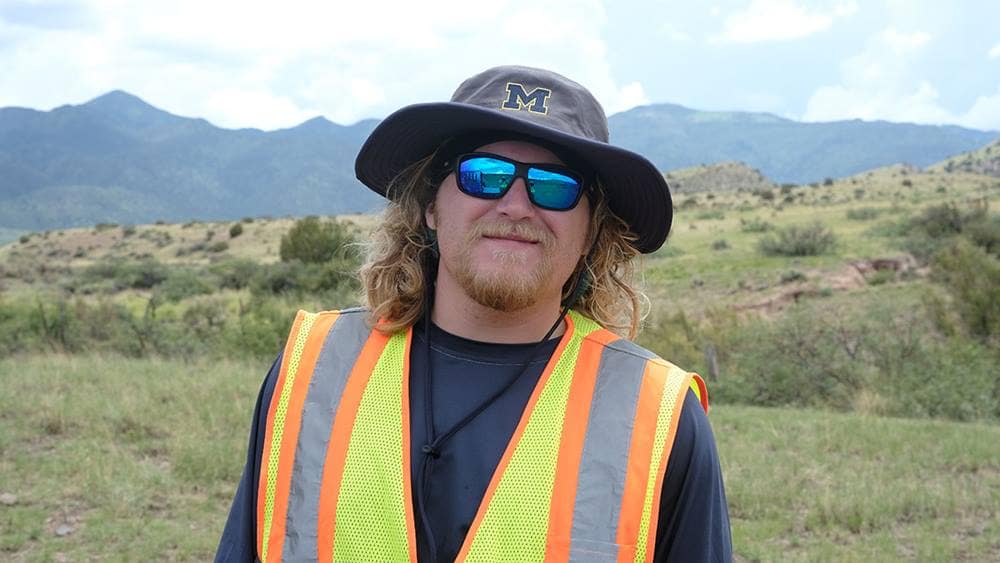 The San Diego native was surprised at the amount of preparation needed to complete this type of mission, but he expects the cultural appreciation for drones to grow once people start seeing, more and more, what the technology can do.

UAS master student Blake Neal, who participated in a similar research mission last year when he was finishing his bachelor’s degree at Embry-Riddle, agreed.

“My ultimate dream job would be to own my own agriculture consulting company, utilizing UAS and remote sensing for precision agriculture applications to help farmers make better decisions on their operations,” he said.

He also wants to be an ambassador of drone technology to younger generations. Currently, he does so by working for Embry-Riddle’s Gaetz Aerospace Institute, which provides dual-enrollment opportunities for local high school students. Research projects like this one, however, also provide an opportunity to shine a light on the benefits of drone technology to the industry at large. 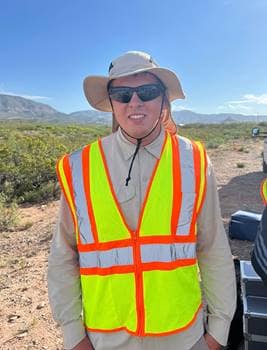 “My favorite part of the trip was showing the archaeologists the aerial shots and imagery; they were very excited,” said the Bunnell, Florida, native. “Our goal was to help the archaeologists use new ways of surveying their work areas, with the hope of finding previously undiscovered structures. These sites have never been mapped and documented using UAS before, and we captured more data and had more UAS flight time than any other previous summer study trip in America or abroad.”

That hands-on, real-world aspect of the work is what initially attracted Neal to participate, and faculty advisor Kevin Adkins, from the College of Aviation, emphasized the impacts that type of experience can have on students’ career searches after graduation.

“The opportunity to meet challenging client needs as part of a diverse team is the best of real-world education,” he said.

This project was an extension of work started in 2018 during a history-as-seen-through-the-“eyes”-of-UAS trip to Kosovo. Partners on the project included the Jornada Research Institute, faculty from the University of Texas, Austin, the U.S. Department of Interior, the Bureau of Land Management and independent archaeologists.