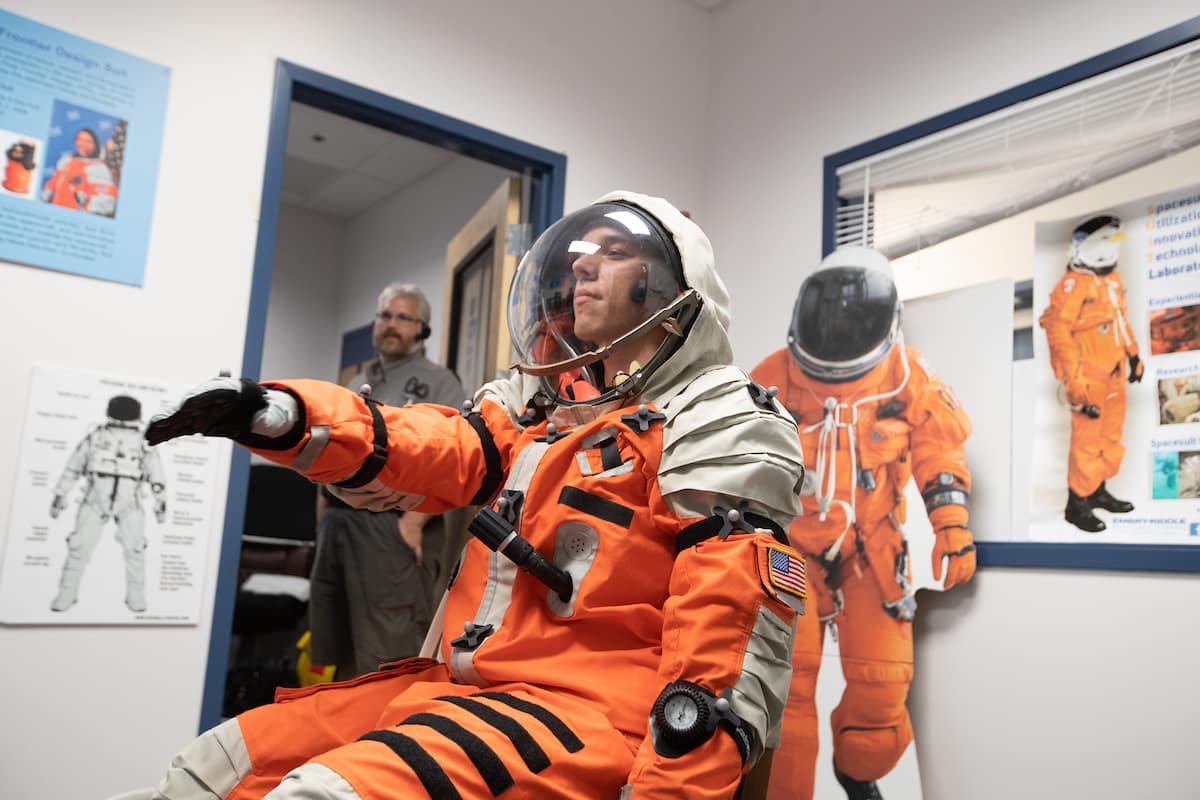 When Lea Miller was a little girl growing up in Pearl River, New York, she used to watch Star Trek, dreaming that she would one day be able to explore other worlds like they did on the Starship Enterprise.

As she got older, though, she realized that what really drew her to space exploration was its inherent optimism.

“In many ways,” Miller said in a recent interview, “it’s fueled by the crazy idea that the seemingly impossible is actually totally realistic if you are clever enough to engineer a solution.”

Engineering solutions is exactly what she and two fellow Embry-Riddle students were asked to do in the 2020 NASA SUITS Challenge, which they have participated in over the past six months. In a year when many other university teams dropped out due to the pandemic, the Embry-Riddle students proposed an augmented reality headset device to maximize the efficiency of research missions conducted by astronauts outside of space vehicles.

The students’ Augmented Lunar Exploration and Extravehicular Interface (ALEXEI) is designed to increase the situational awareness of the astronaut and reduce the astronaut’s workload, with minimal training required for its use, according to a live presentation the student team made to a panel of NASA experts, which included astronaut Nick Hague.

During the NASA presentation, Chris Hansen, manager of the Extravehicular Activities Office at NASA’s Johnson Space Center, emphasized to the students that the NASA SUITS Challenge “isn’t just a technical project we made up for your education.

“This is real work that we need from you guys, to help us figure out how to do the exploration going forward,” he said. “You guys are the future of NASA. Give us your ideas, help us to develop your ideas, and then when you graduate, come work for us.”

This year’s team — made up of Miller, who is a graduate student in Human Factors; Michael Fornito II, a junior in Computer Science; and Riley Flanagan, a junior in Mechanical Engineering — would also love to capitalize on the connection their project has given them with NASA officials and on all that they have learned while developing ALEXEI. 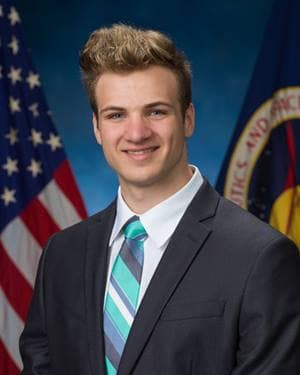 "I participated in the NASA SUITS Challenge because augmented reality technology is both highly accessible for students to develop on and versatile enough to make astronaut heads-up display interfaces (that were previously science fiction) into a reality," said Flanagan.

One of the biggest challenges was “making sure the software development and the design development overlay each other properly” so ALEXEI would work effectively, said Fornito. During the team’s pitch to NASA, Paromita Mitra, a principal investigator at NASA, said that was a concern that she and her colleagues often encounter.

“That’s really no different in the engineering world,” Mitra said. “So that’s actually really neat to hear that you experienced that from a design challenge perspective.”

The Embry-Riddle team also had to learn Unity and C# computer languages to build the interface.

“All of it was new and required a steep learning curve,” said Miller, “but that’s what made it enticing, and I think our team is very excited to move forward into next year’s challenge with a more seasoned attitude and expectations.”

The ALEXEI interface offers multiple screens to assist an astronaut on an extravehicular mission on the Moon’s surface. The main screen offers a view of the astronaut's physical surroundings, as well as any warning updates. A live vitals screen keeps the astronaut advised of crucial information such as how much oxygen, battery power and water is available to them. A tasks screen shows step-by-step instructions and diagrams for completing whatever task is being performed during the mission. Importing instructions to the tasks screen merely requires writing a CSV file in Microsoft Excel, meaning mission planners require little training to operate the system, the students said. The interface takes photos and videos by voice command.

“I think the most unique aspect of the ALEXEI interface is the simple design,” said Miller. “Our team designed ALEXEI to present the maximum amount of important extravehicular activity content in an uncluttered manner that requires minimum user input to control. An astronaut using the ALEXEI interface only has to rotate their head to view all screens and can control their selection via a single button click.”

The team is now working on a paper about ALEXEI, which should be presented in a peer-reviewed conference or journal as part of their participation in the NASA challenge.

“The SUITS Challenge is an excellent way to build contacts and expand your network with industry professionals and other motivated students from across the country. The space world is relatively small, so it’s good to get your name out there in a way that builds your reputation,” said Miller. “It’s made me a more interdisciplinary engineer and has definitely given me a greater confidence in my ability to apply what I’ve learned in the classroom to a realistic scenario.”

Miller said she would love to work as a human factors engineer within the space industry, but it appears she hasn’t given up on her childhood dreams of exploring space firsthand. “I will definitely be applying for the astronaut candidacy during the next election round,” she said, “That’s my craziest dream.”