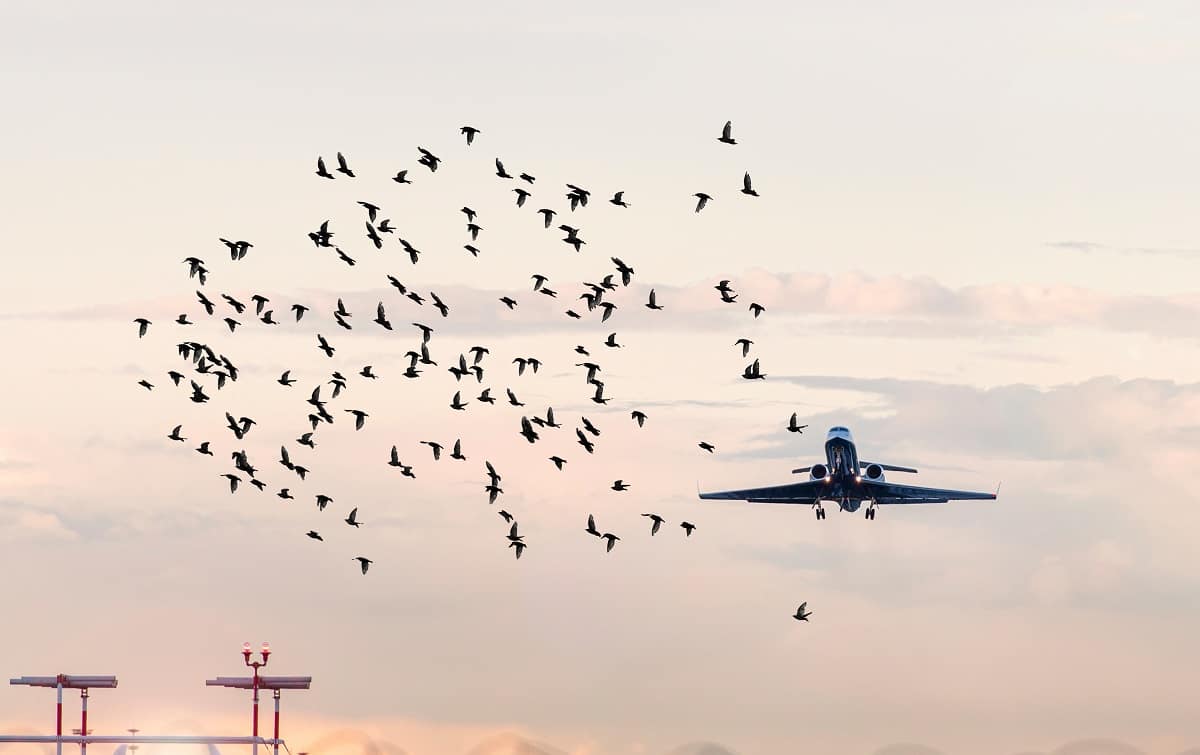 Embry-Riddle students and faculty recently took on the topic of wildlife collisions with aircraft at a recent industry meeting.

When an airplane and a bird collide, the situation can quickly turn into a crisis, even yielding deadly consequences.

That explains why three student presentations — two of which were by Embry-Riddle Aeronautical University students — at a recent conference attended by representatives of the Federal Aviation Administration, the U.S. Department of Agriculture and other aviation professionals focused on the topic of wildlife strikes to aircraft.

The presentations, given at the Bird Strike Committee USA Meeting in Salt Lake City, sparked the interest of aviation professionals and created possibilities for collaboration.

“It was a great feeling to meet industry experts, including those from the FAA,” said student presenter Ross Dickinson, who is earning his master’s degree in Data Science from Embry-Riddle and is now in conversations about creating a visual dashboard for the FAA wildlife strike website. “The validation from such professionals that this research would help to contribute toward aviation safety was immensely rewarding and motivating for me.” 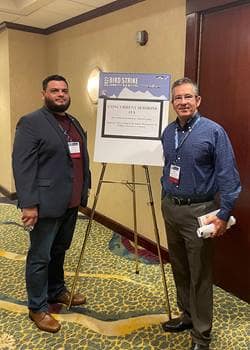 Dr. Flavio Mendonça, assistant professor of Aeronautical Science and supervisor of the wildlife strike research, said Dickinson’s data-analysis methods, which include machine learning, could be applied to the FAA’s extensive body of information on such strikes. The FAA's Wildlife Strike Database was developed in 2000 under the guidance of Dr. Archie Dickey, professor emeritus of Biology at Embry-Riddle's Prescott Campus.

“Ross' project attracted FAA attention since machine learning is a powerful tool to obtain information from a large dataset. The FAA Wildlife Strike Database contains wildlife-strike data since 1990,” Mendonça said. “What if they could apply these techniques to identify factors contributing to damaging strikes?”

Student presenter Jose Cabrera earned a bachelor’s degree from Embry-Riddle in Uncrewed Aircraft Systems Science and will begin a master’s degree program in Business in the fall. He is working on a study of wildlife strike hazards using drones in Class C airspace just south of Daytona Beach International Airport and has been developing safety risk management procedures to ensure the uncrewed aircraft systems (UAS) won’t compromise the safety of aircraft operations.

“It feels great to have the FAA and airport managers interested in our research and know that we are providing a path forward to integrate UAS into an airport environment safely,” Cabrera said.

Mendonça, with whom both students are working, said another possibility to come out of the conference was a potential collaboration with Mississippi State University, which is conducting a similar project using drones but with a focus on artificial intelligence and machine learning to analyze and identify wildlife species from images collected by the drones.

For Dickinson, presenting at the conference was a great opportunity.

“This was my first professional conference, presenting to 200-plus people,” he said. “That, in itself, was a valuable experience to take forward.”