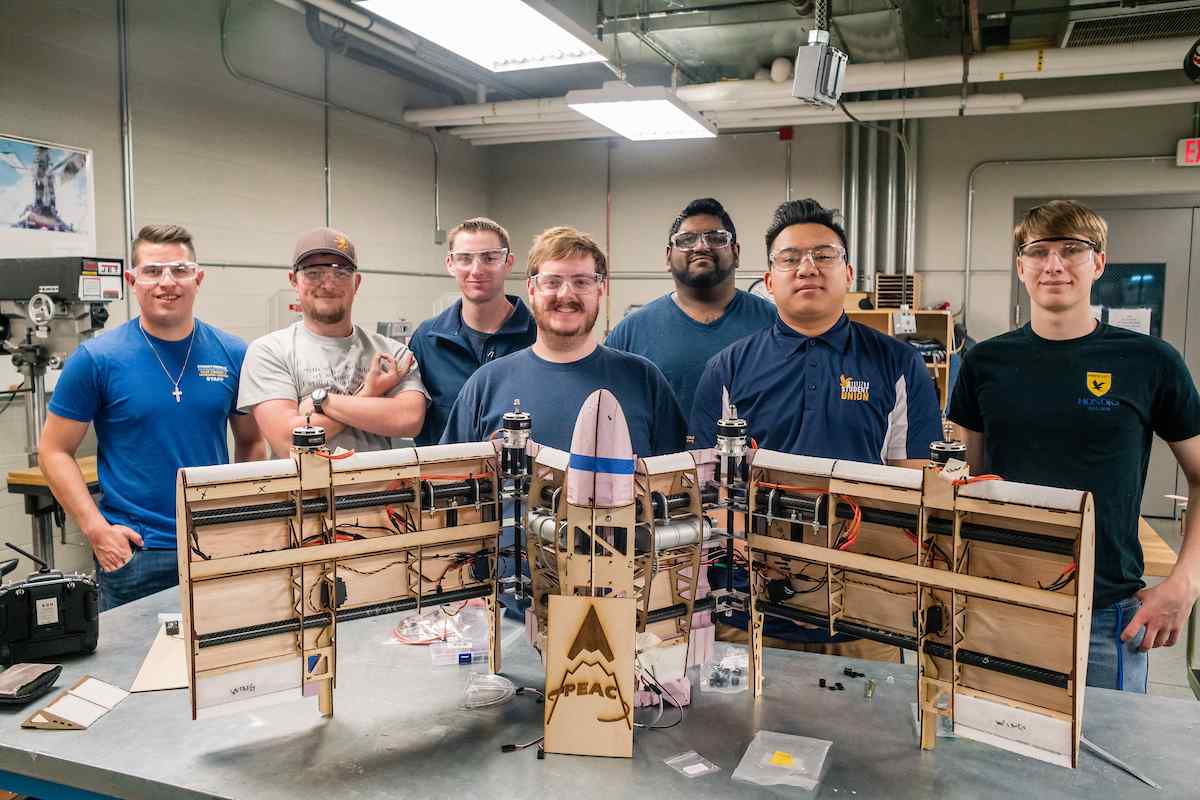 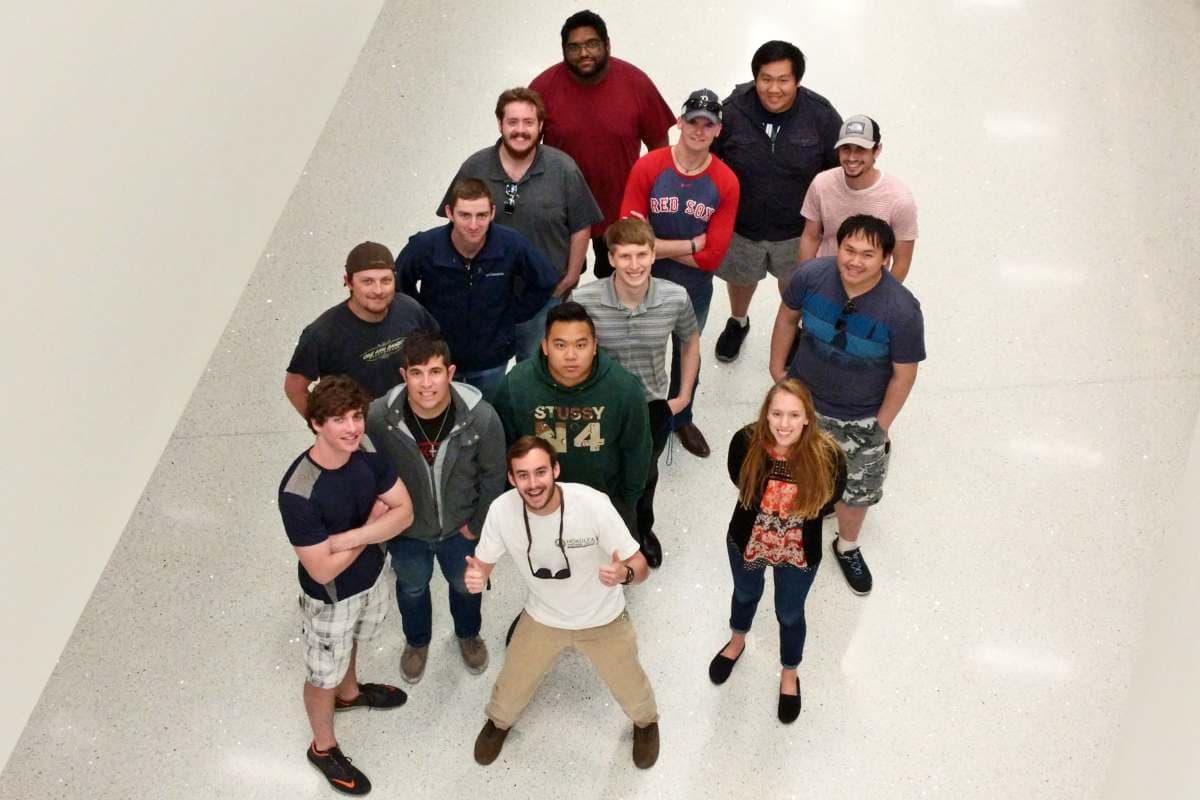 A College of Engineering capstone project at Embry-Riddle Aeronautical University's Prescott Campus is receiving a lot of attention both inside and outside of the University.

The Innovative Performance Enhancements for VTOL Aircraft (IPEVA) program has produced the Conseres (meaning, "to fold" in Latin) design for an autonomous aerial vehicle (AAV) that is designed to takeoff vertically, much like a helicopter, but can then transition into wing-borne flight by changing its patent-pending geometry. The aircraft is also designed to link up with similar AAVs for long endurance flight, increasing the propulsive and aerodynamic efficiency of the aircraft. These features allow Conseres to fly for longer durations and take off and land in more remote locations than similarly sized drones.

"Nothing like this has ever been done before," said student Lauren Barthenheier. "There was no other published data, no other references for us— So what we learned will open up a whole new field for configurations of aircraft."

"Not only does this project push the boundaries of technology, but it is revolutionizing what we perceive as possible for an aircraft," said student Colton Campbell. "Through the innovative geometry-changing technology and the in-flight connection capabilities, Conseres can accomplish the missions of both a rotary-wing and fixed-wing aircraft with very little compromise in either category."

In 2016, Bell (formerly Bell Helicopter) in Fort Worth, Texas, offered to collaborate on aircraft design projects of mutual interest. A project of particular interest involved demonstrating aerodynamic and propulsive efficiencies of combined AAVs. This project was taken up by two competing teams in the College's senior aircraft design course for the Fall 2017 semester. One team pursued a conventional configuration with an innovative powertrain, while the other pursued an innovative, variable-geometry configuration with a conventional powertrain. The latter design was selected for further development and the two teams were re-formed into a ground test team and a flight test team. This work ultimately resulted in two patentable concepts for innovative aerodynamic configurations and the mechanisms needed for those configurations. These concepts could have a significant impact on AAV design for a wide variety of applications, including small package delivery, aerial taxis, remote sensing and military use, etc.

"The students at Embry-Riddle really exceeded our expectations.  Their design was innovative, and they did a fantastic job with the demonstration vehicle and wind tunnel testing," said Kirk Groninga, Engineer V at Bell and project manager for the Bell/ERAU collaboration.

"This is an easy story to tell, because it's a win-win for everyone involved," said Dr. Billy Crisler, Raisbeck Distinguished Professor of Aerospace Engineering at Embry-Riddle. "The advanced concept and design shops at many aircraft companies have more work to do than they can do. If they're willing, it's not hard to carve off pieces of that work that can be performed by teams of talented undergrads at a fraction of the cost compared to doing the work in-house. The students and faculty get to work with professional engineers on real problems and real applications— and the industry sponsors get a close look at the students they'd like to hire. It's a sound basis for effective, long-term collaboration between Embry-Riddle and industry."

Conseres from Embry-Riddle Prescott on Vimeo.