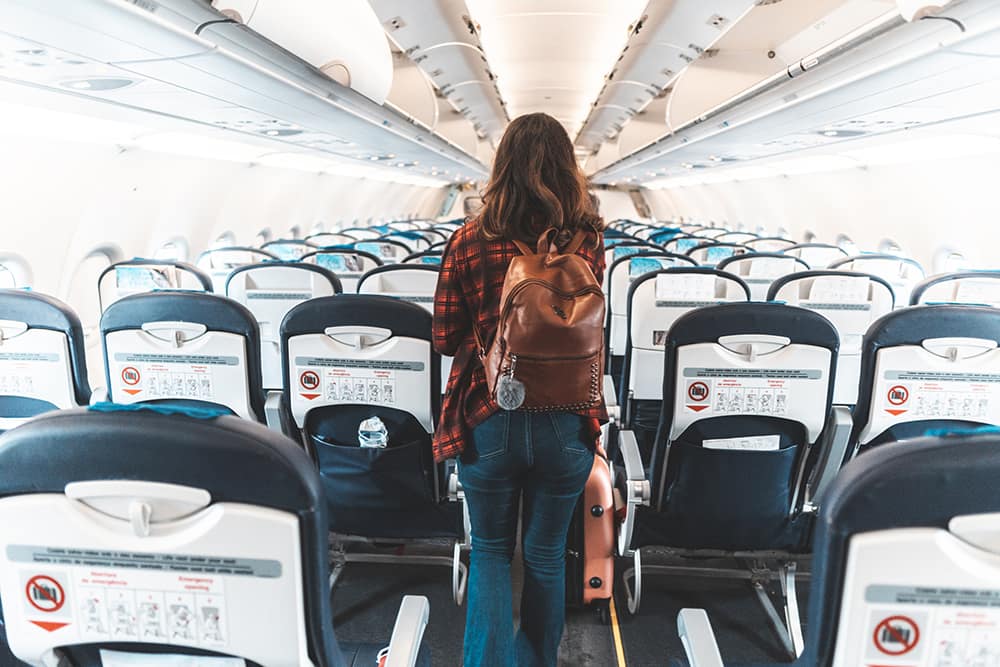 Although leaving middle seats unoccupied does significantly reduce the risk of passenger infection on airplanes, random boarding can also result in low exposure rates, according to researchers.

To reduce the spread of illness, some airlines have been keeping middle seats open, which is effective in reducing infection risk. Preliminary research based on computer simulations, however, suggests that random boarding of aircraft, rather than back-to-front boarding – a procedural response to the Covid-19 pandemic – may have an even greater impact, reducing exposure rates by about 50 percent.

These findings are still in the process of being peer reviewed, but if confirmed, “they suggest that airlines should either revert to their earlier boarding process or adopt the better random process,” according to Ashok Srinivasan of the University of West Florida, who co-authored the paper alongside Dr. Sirish Namilae, associate professor of Aerospace Engineering at aviation leader Embry-Riddle Aeronautical University, and other researchers.

Namilae, whose prior work at Embry-Riddle has shown how pedestrian dynamics through airport security lines and during aircraft boarding and deplaning may impact infection rates, first began researching how viruses spread during the Ebola outbreak of 2017. Key to the research, he said, is in understanding how molecules travel.

“While back-to-front boarding has been instituted by some airlines to try and reduce contact between people, our simulations show that high-density clusters can form as people stow their luggage while other passengers are still pushing toward the back of the aircraft,” said Namilae, using appropriate disclaimers. “We hope that our research will prove useful to the airline industry in navigating the current health crisis.”

Tasvirul Islam of the University of West Florida served as lead author, with Srinivasan as well as M. Sadeghi Lahijani of Florida State University, and A. Mubayi and M. Scotch of Arizona State University. The team’s initial results are summarized on the pre-printer server arXiv. Namilae’s contribution to the work is supported by a grant from the National Science Foundation. The research group also leveraged a supercomputer at Argonne Leadership Computing Facility, a U.S. Department of Energy Office of Science User Facility.

Contact points in the study are defined by a “person-minute” of contact, or the number of minutes a person stands within six feet of proximity from someone else while boarding an aircraft. The more of these person-minutes were recorded in each of the team’s roughly 16,000 simulations — simulations that varied the parameters of walking speed, proximity, number of people, etc., then ran the data through a Frontera supercomputer — the higher the infection probability. These simulations were then tested through several boarding patterns: front-to-back, back-to-front, through six boarding zones and random boarding through one zone.

“It turns out, the one-zone, random boarding model eventually results in a lower number of contacts,” Namilae said. “Other patterns tend to increase the time a passenger waits in close proximity to fellow travelers.”

“Our analysis indicates that airlines that changed to a back-to-front boarding policy erred, exposing passengers to substantially higher infection risk than their original procedures,” said Srinivasan. “This result shows that good intention is not a substitute for good science when it comes to determining policies.”

The policy of some airlines to keep middle seats unoccupied, though, he added, proved effective in significantly reducing infection risk — as proven by the team’s simulations, which included scenarios in which middle seats were left occupied or empty.

“The problem is, how long can airlines afford to fly with empty seats?” Namilae asked.

Economics are a consistent consideration in these simulations, he added. Transporting passengers in multiple smaller aircraft, for example, was shown to pose a lower risk of infection to passengers than if one larger aircraft was used. The key, however, is finding a middle ground — and for Namilae and his team, that conversation has to begin with the boarding process.

“There’s evidence of a lot of diseases, such as tuberculosis and SARS, being transmitted on airplanes and in air travel,” Namilae said. “Boarding is one of the critical aspects of air travel that contributes to the spread of diseases. Any steps we can take to reduce the spread would help.”