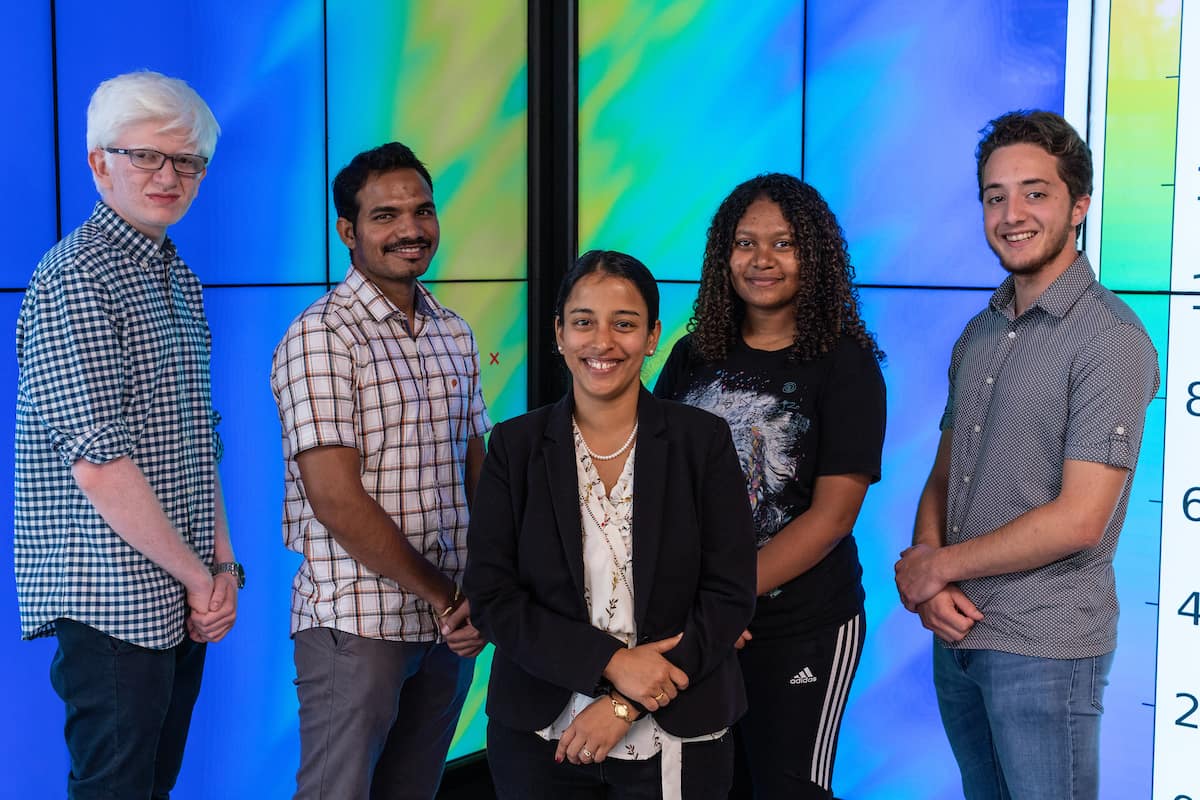 Deshpande, an assistant professor of Engineering Physics, plans continuing investigations of atmospheric events that can disrupt a wide range of communications, affecting satellites, air traffic control, and even radio dispatches on Earth. Her NSF funding will also support a variety of new educational opportunities for Embry-Riddle students.

Understanding disturbances in a region of the upper-atmosphere called the ionosphere is critically important for preventing devastating economic impacts, Deshpande explained. A powerful space weather event could cause trillions of dollars in damages in North America alone while leaving 20-40 million people without power for up to two years, researchers have found. If Global Positioning Systems (GPS) were knocked offline for a single day, the cost could reach $1 billion.

“Being recognized by the NSF in this way is a major accomplishment,” said Provost Lon Moeller. “The NSF Early Career Award will allow Kshitija to deepen our fundamental knowledge of events in space that can compromise communication. It will also lead to new opportunities for her students. We’re all very proud of Kshitija.”

By winning the NSF Early Career Award, Deshpande has reaffirmed Embry-Riddle’s status as an institution that is rapidly advancing science, engineering and innovation, Moeller added.

Dr. Karen Gaines, dean of the College of Arts & Sciences on Embry-Riddle’s Daytona Beach Campus, also commended Deshpande. “Kshitija is both an exceptionally insightful researcher and a dedicated educator who is deeply invested in the success of her students,” Gaines said. “This latest honor is well-deserved. We take great pride in her achievement.”

Solar disturbances blast plasma from the sun at speeds of up to 1 million miles per hour. Those fast-moving particles strike the Earth’s protective magnetic shield, streaming all the way down to the ionosphere, triggering rapid variations in the radio signals received on the ground. Such “ionospheric scintillation” events during extreme geomagnetic conditions can wreak havoc on navigation and communications, disrupting civilian, military and commercial operations. 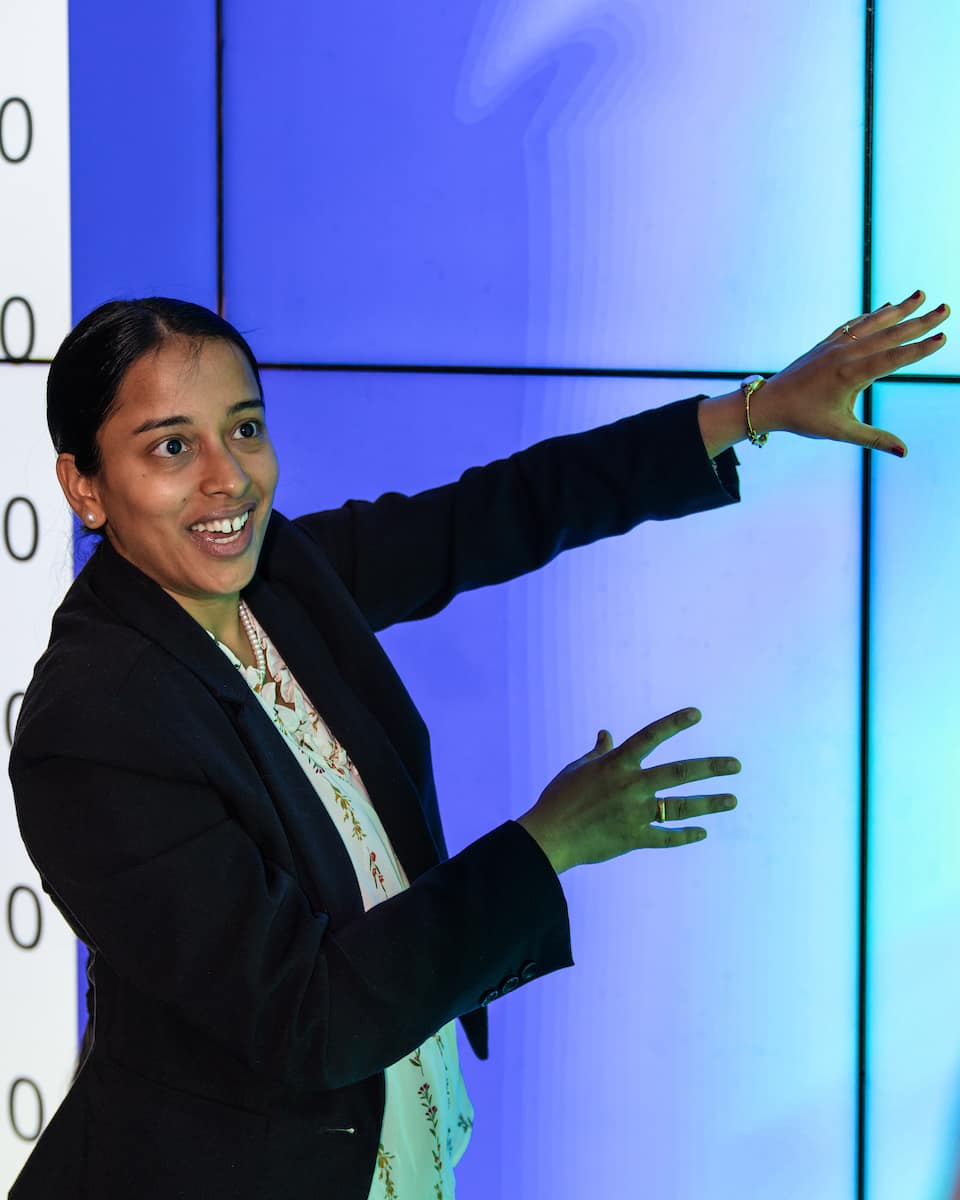 Deshpande is looking in particular at how the ionospheric irregularities or structures affect communication over the high-latitude or polar regions. Relatively little is known about space weather impacts over the Earth’s icy poles, where it’s difficult to set up scientific instruments. To learn more, Deshpande’s team leverages data from ground-based sensors in the Arctic and Antarctic to understand scintillation impacts on a constellation of satellites called the Global Navigation Satellite System (GNSS).

“Air traffic controllers need to know more about ionospheric impacts on communication,” she noted. “We have already seen some space weather events that caused rerouting of flights over the Arctic. At the same time, with more and more satellites being deployed into the space, it’s important to understand exactly what’s happening in the ionosphere. Satellites may get damaged due to the ionospheric structures, especially during solar storms.”

When scintillation events affect the GNSS, Deshpande and her students then work backwards, using reverse engineering techniques to find the conditions in the ionosphere that simulate a signal matching their observation. Because this is a painstaking and computationally challenging process, she hopes to harness machine learning to more rapidly analyze large amounts of data. Her goal is to characterize different scintillation events, pinpoint their source, and determine the likelihood of impacts on navigation and communication.

In addition to her research, Deshpande’s award-winning project involves introducing more students to the field. Toward that end, she plans to launch a course on how to apply data science and machine learning to space weather prediction.

For Aviation majors on the Daytona Beach Campus, she will also organize a workshop on how space weather impacts air traffic communication. Other education and outreach plans include collaborating with the Women in Science at Embry-Riddle program to incorporate a space weather component into summer school offerings.

Deshpande, who once had a HAM radio operator license in her home country of India, will team up with the Daytona Beach HAM radio club to get students and the local community interested in space weather and its effect on radio communication.

Why do we need space weather prediction?

“Plasma particles in the solar wind stream toward the Earth at 3 to 5 kilometers per second,” Deshpande pointed out. “If we knew when a storm was coming, we could take precautionary measures. We could put satellites in a low-power mode, to minimize impacts. We could reschedule space walks by astronauts on the International Space Station.”

Deshpande earned her master’s and Ph.D. degrees from Virginia Polytechnic Institute and State University in Blacksburg, Virginia. She then served as a postdoctoral research associate at Virginia Tech before joining Embry-Riddle in 2016.