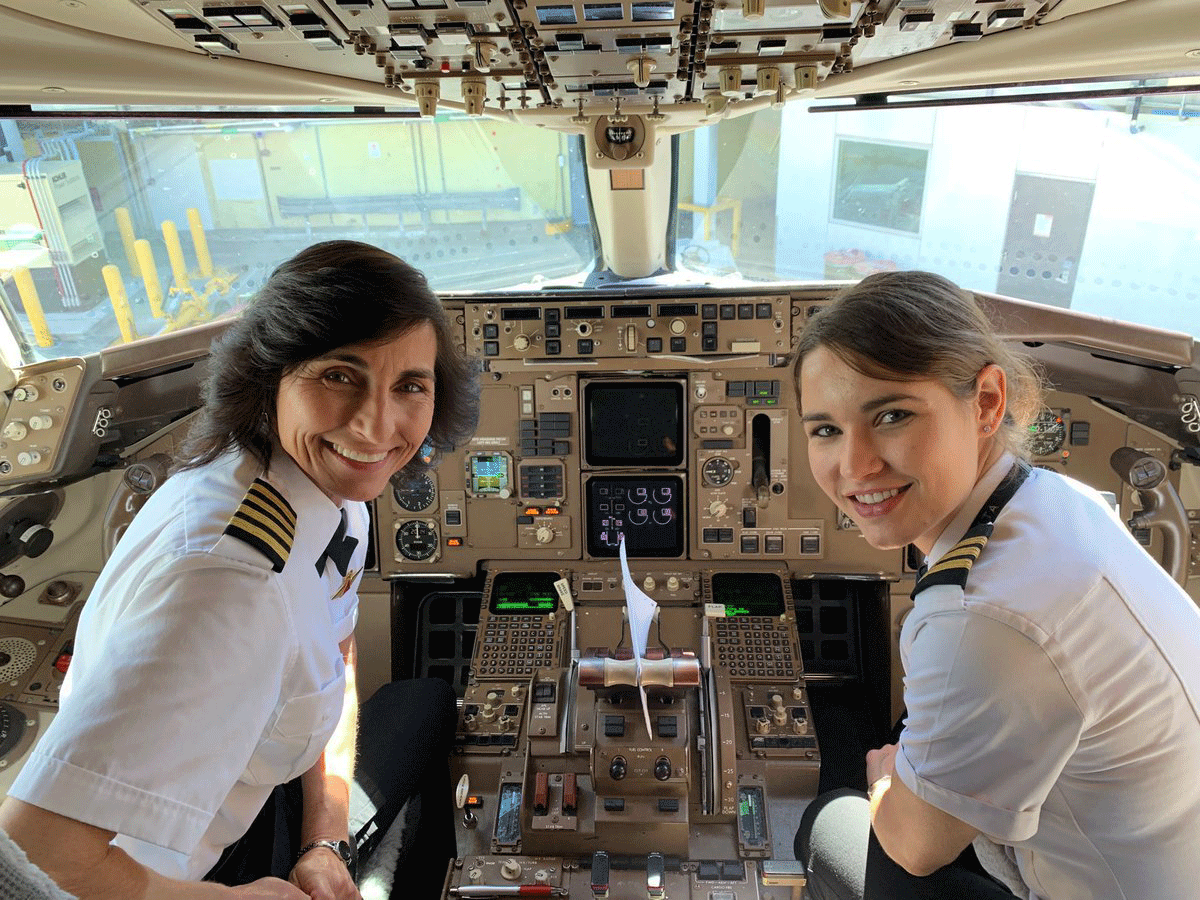 As Chancellor of the Embry-Riddle Worldwide Campus, Dr. John R. Watret knows the power of women in aviation. Now, he knows what happens when it’s combined with the power of Twitter.

Watret (@ERAUWatret) posted a tweet and photo of a mother and daughter on the flight deck of a Delta Boeing 757, the pilots of a flight from Los Angeles to Atlanta on Saturday. Thrilled after a chat with Capt. Wendy and First Officer Kelly Rexon, Watret ended up tweeting: “Just flew from LAX to ATL on Delta piloted by this mother daughter flight crew. Great Flight. Inspiring for young women.”

“I don’t tweet a lot,” said Watret, who was on a trip home after visiting the Embry-Riddle Asia campus in Singapore. “On Sunday morning, my phone was blowing up.”

The viral tweet meant a great deal to Watret because of Embry-Riddle’s commitment to creating more opportunities for women in all areas of the aviation industry.

“There has to be more diversification in the industry,” Watret said. “It’s crucial and one of the key factors we focus on. When there are more opportunities, everyone wins.”

The aviation industry will need 790,000 new civil aviation pilots and 754,000 new maintenance technicians over the next 20 years, industry research has shown. As of 2017, only about 7 percent of U.S. pilots certificated by the U.S. Federal Aviation Administration were women. As the aviation workforce continues to broaden so that pilots like the Rexons are no longer a novelty, the aviation industry will grow stronger and more resilient to market changes, Watret noted.

Watret found out about the Rexons after a woman boarding the aircraft asked a flight attendant if her two children could visit the flight deck.

“The flight attendant said they could – and that they would be surprised,” Watret said.

When the mother and her kids returned from their visit with the pilots, Watret overheard them talking about the “mother and daughter” flying the plane.

“I thought that was amazing. I was in awe,” he said. “I asked if I could visit them, too.”

That’s when he snapped the photo for his tweet, which he ended up sending after the flight arrived in Atlanta late Saturday night.

At the conference, attended by a number of Embry-Riddle students, faculty and staff, the university hosted a booth where attendees were able to learn more about degree programs in aviation. Held in conjunction with the conference, Embry-Riddle also hosted a STEM event during Girls in Aviation Day, which introduced some 300 young women ages 7 to 17 to aviation careers.

Embry-Riddle has a mission to create new paths for women who want to fly or be involved in other facets of aviation, engineering and technology, Watret noted. University President P. Barry Butler last year wrote last year that “we need more women in the entire aviation industry, from the maintenance hangar to the tower to the C-Suite.” In a recent Forbes.com column, Dr. Stephen Rice, professor of Human Factors at Embry-Riddle, also discussed the importance of drawing more women into the aviation and technology pipeline.

For Watret, the mother and daughter pilot team brought home – literally – the point.

“The first officer had a great role model for becoming a pilot – her mother,” Watret said. “It’s good for aviation and inspiring for all of us.”