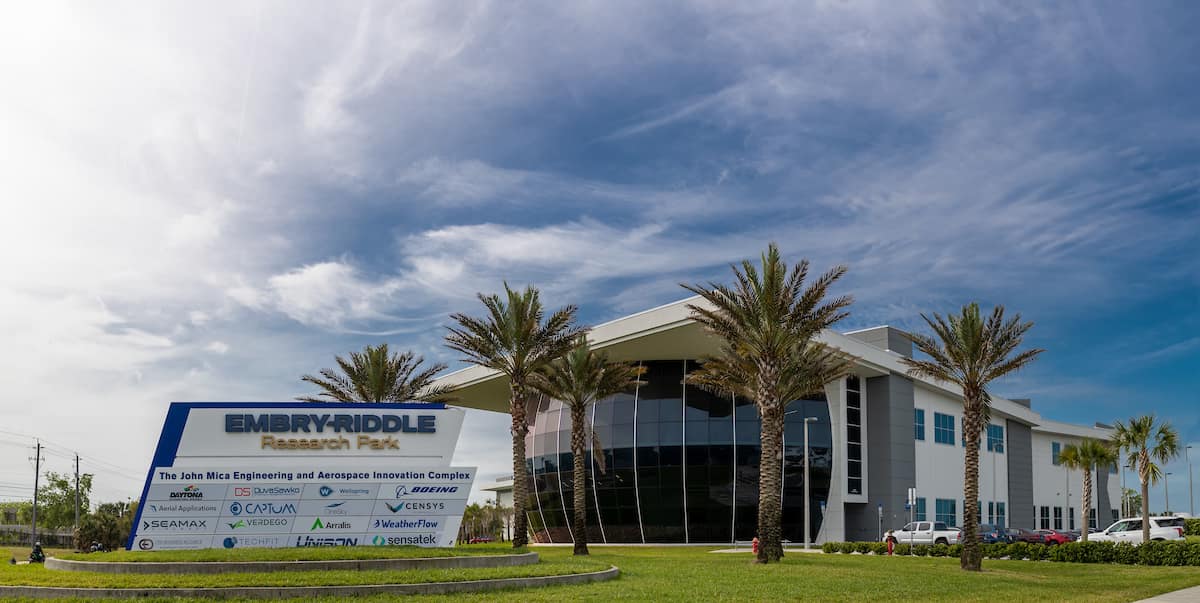 A company that has been supplying the space industry for more than 30 years has selected Volusia County, Florida, as the site from which it will serve its global markets. Printech Circuit Laboratories (PCL), based in the United Kingdom, has opened offices in Embry-Riddle Aeronautical University’s John Mica Engineering and Aerospace Innovation Complex, also known as the “MicaPlex.”

“We are especially pleased to welcome Printech Circuit Laboratories to the MicaPlex,” said Embry-Riddle President P. Barry Butler, Ph.D. “As a leader in the new space sector, Printech adds a powerful dynamic to our growing roster of leading-edge companies that are advancing aviation and aerospace innovation while enriching real-world, hands-on learning opportunities for our students.”

“The new space sector has been the biggest area of opportunity for us in recent years,” said Nick Potts, managing director of PCI. “This includes all areas, from design and build of antennas, through all sorts of substrates for solar cell carriers, including composite manufacturing and any other associated electronics.”

PCL’s hand-crafted, custom circuit-based components are suitable for a wide range of specialized applications including motorsports applications for Formula One race cars and NASCAR, communications satellites such as Inmarsat-4 and space missions for the European Space Agency and NASA, including Gaia and the James Webb Space Telescope.

“The company is projecting 50 new jobs over a five-year period with a capital investment for equipment expected to be $8 million,” said Dr. Charles Duva, a member of the Board of Trustees at Embry-Riddle and chair of the Team Volusia Economic Development Corporation. “Additionally, the company will establish a separate manufacturing facility at a site to be announced soon.”

Team Volusia officials first met Printech executives at Satellite 2019, a major ground and space trade show in Washington, D.C., according to Keith Norden CEcD, president and CEO of Team Volusia. “The company was focusing its site selection on another location at that time. However, we discussed the possibility of a visit to Volusia County the following week. That visit resulted in a change of focus, consideration of Central Florida locations and, ultimately, a commitment to Embry-Riddle’s MicaPlex.”

Norden added that this announcement is certain to energize interest within the new space community, drawing more attention to Volusia County and its increasing presence as a host for aviation and aerospace enterprises. He said that it underscores the importance of being pro-active in business recruitment efforts.