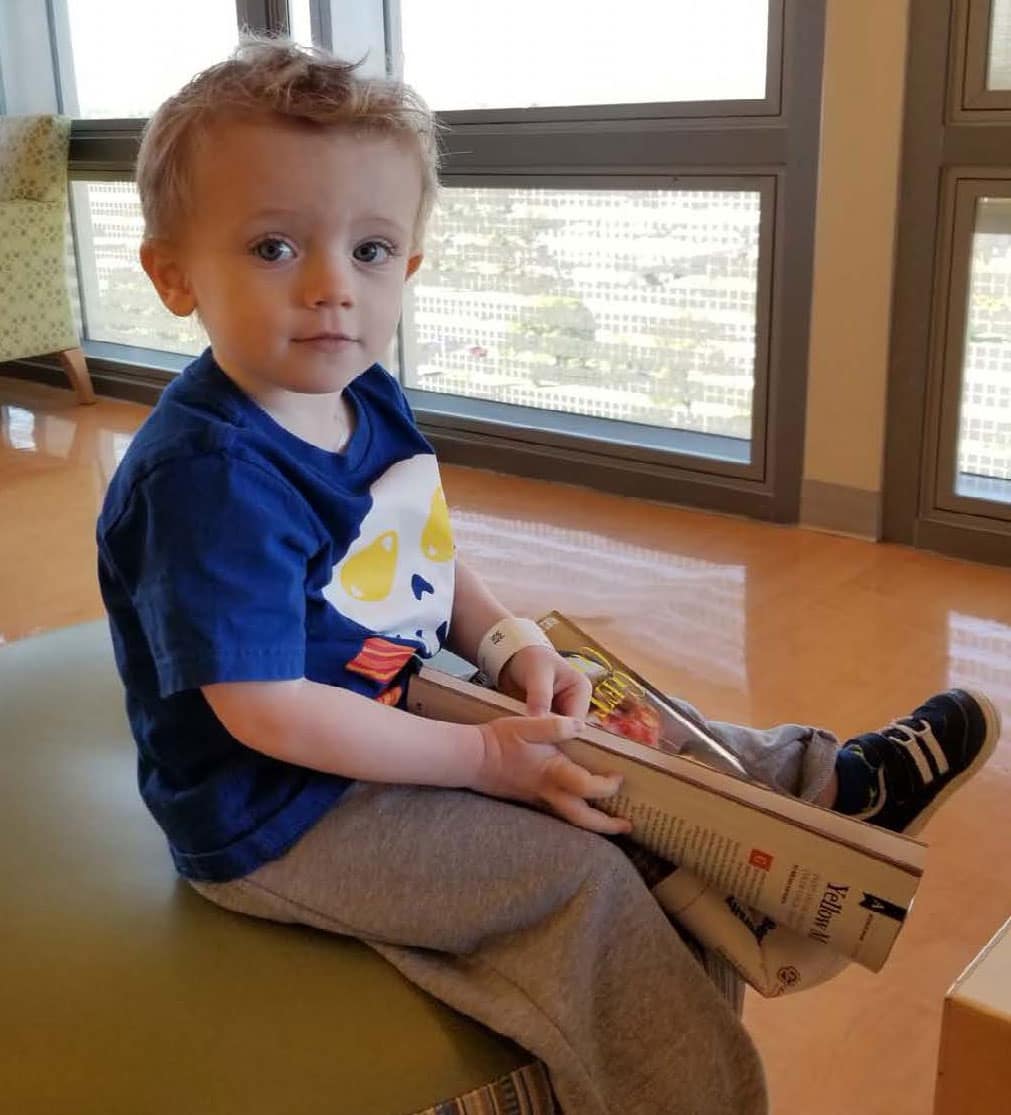 There is a good chance that Joey Max Hanley would have been a pilot when he grew up, just like his dad, mom, grandpa and great-grandfather.

But the Colorado toddler never got the chance. He died Nov. 24, 2017, after battling a rare brain tumor.

“He was diagnosed on a Monday and he had surgery on Wednesday,” said Joe. “It was the most aggressive tumor they had ever seen.”

When something like this happens, people around you have no idea what to do for you … so I tried to think of something that would not only be a legacy for Joey, but also a way for people to give.

To honor their son's memory and help others who have a passion for aviation, Joey's parents, Joe and Eve Hanley (’02, ’05, DB), created the Joey Max Hanley Memorial Scholarship at Embry-Riddle.

“When something like this happens, people around you have no idea what to do for you,” said Joe. “We had no need for flowers or money, so I tried to think of something that would not only be a legacy for Joey, but also a way for people to give.”

Joey was healthy until a month after his second birthday in July, when he suddenly became tired, lethargic and began having balance problems. An MRI found a rare brain tumor, which was removed but quickly grew back. Chemotherapy and radiation didn’t help and he passed away just a few months after his diagnosis.

“At his funeral, there was a massive turnout,” said Joe. “There were so many people he touched in his two years. He was a pretty cool little guy.”

A scholarship in memory of Joey seemed fitting, since Embry-Riddle and aviation played a big part in his family’s life. Joe grew up on around airplanes, his grandfather was a pilot and his dad was a pilot and aircraft mechanic. Both Joe and Eve earned bachelor’s and master’s degrees in aeronautical science at the Embry-Riddle Daytona Beach Campus, then spent several years there as flight instructors.

“I loved it — it’s great going to someplace where everybody loves aviation as much as you,” Joe said. “And it becomes part of your life when you are there that long – even after you leave. I run into people all the time that I taught to fly, or gave a checkride to.”

“The loss of their son Joey is a terrible tragedy that no parent should have to endure,” Byrnes said. “Through the development of this scholarship, Joey’s legacy will live on, while at the same time providing opportunity for others.”

Joe is currently the assistant principal operations inspector (APOI) for the Federal Aviation Administration and oversees regulatory compliance, designees and safety for United Airlines. Eve is a Delta Airlines’ 737 pilot. They have a daughter, who was born one month before Joey got sick.

“Eve and I have always given back to the aviation community through volunteer work with organizations like the 1940 Air Terminal Museum, Challenge Air, and others. This tragedy has shifted our focus in a more personal direction. We just want to help give other kids the opportunities we had to get into aviation, the opportunity we can no longer give our son.” Joe said.

To contribute to the scholarship, go to: http://givingto.erau.edu/hanleymemorial