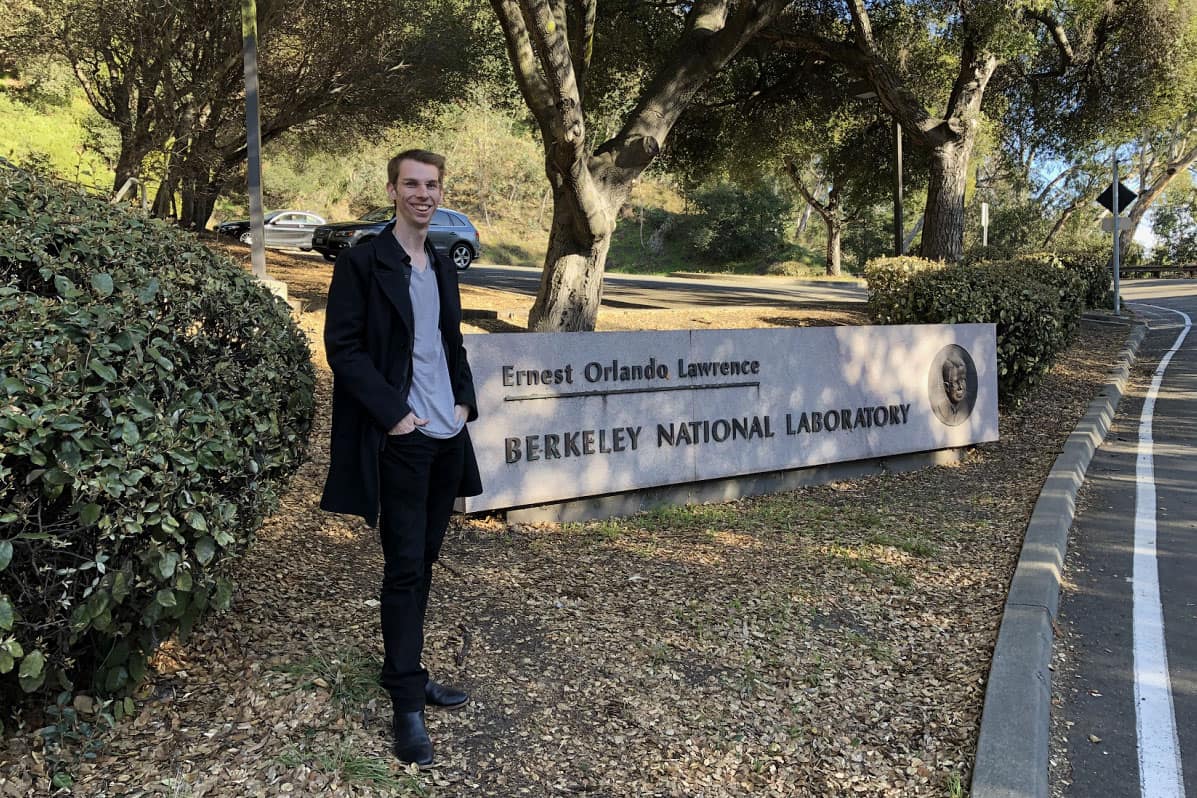 Grant Johnson, an Astronomy and Astrophysics student with a double major in Computational Mathematics, has been selected as a 2019 Barry Goldwater Scholar.

When Grant Johnson, an incoming senior at the Daytona Beach Campus, thinks of plasma physics, he doesn’t think of formulas, theories or even lab coats. He thinks of progress.

An Honors Program student majoring in Astronomy and Astrophysics, with a dual major in Computational Mathematics, Johnson strives to use his work in the field to make a positive impact on the planet. His efforts have been recognized from a pool of more than 5,000 college applicants by the Barry Goldwater Scholarship and Excellence in Education Foundation, along with the Department of Defense National Defense Education Programs, which selected him as a 2019 Barry Goldwater Scholar.

“I enjoy the sense of making a difference in the world that this kind of research provides,” Johnson said. “It is my belief that fusion will eventually provide a long-term sustainable source of clean, affordable and abundant energy, and I wish pursue a career that will aid that goal.”

“I really enjoy the problem-solving. Occasionally, you will solve a problem and come to a conclusion that is the exact opposite of what you expected, and the solution can reveal a profound, deeper-level understanding of nature. It is an exciting feeling. These moments are the reason why I wanted to become a physicist.”

One of the oldest and most prestigious national scholarships in the fields of natural sciences, engineering and mathematics, the Goldwater Scholarship Program supports college sophomores and juniors who show exceptional promise of becoming the next generation of research leaders. Johnson, who hopes to conduct his graduate work in fusion energy and then go on to land a research job at the Department of Energy, stood out as a perfect fit for the honor, according to faculty mentor Dr. Edwin Mierkiewicz, associate professor of Physics.

“Grant has an exceptional aptitude for research,” Mierkiewicz said. “In fact, it’s really no exaggeration for me to say that Grant works at the level of a seasoned graduate student. He brings new ideas to the lab and is pushing my own research in new directions.”

In addition to having two papers published in peer-reviewed research journals, Johnson has also previously been awarded travel grants to share his theories at industry conventions, and he was selected for two Science Undergraduate Laboratory Internships (SULIs) through the Department of Energy at Lawrence Livermore National Laboratory, where he worked in the Fusion Energy Sciences Theory and Computations division. Experiences like these, he said, served to deepen his curiosity and embolden his research.

“I really enjoy the problem-solving,” he said. “Occasionally, you will solve a problem and come to a conclusion that is the exact opposite of what you expected, and the solution can reveal a profound, deeper-level understanding of nature. It is an exciting feeling. These moments are the reason why I wanted to become a physicist, and they’re the reason I continue to be so passionate about physics today.”

That enthusiasm, according to Dr. Michael Campanell, who mentored Johnson at the Lawrence Livermore National Laboratory and helped guide his latest research, is what distinguishes him from other students.

"Grant has a bright future,” Campanell said. “As an undergraduate, he already proved that he can do what senior physicists do. He derived complicated formulas, built simulation codes from scratch, discovered new physics results, and reported them through papers and conference presentations. The steps required to build his codes came with few instructions and many obstacles. Grant enjoys the journey of research as much as the destination. "

Johnson is excited about where that journey might take him next. He has served in labs, crafted scientific theories and developed simulations to test those theories, but the world outside of laboratories remains his focus. Progress, to him, is always the goal.

“Being named a Goldwater Scholar is an extremely important achievement,” Johnson said. “It opens up so many doors for my future and provides a head-start on my career as a researcher.”