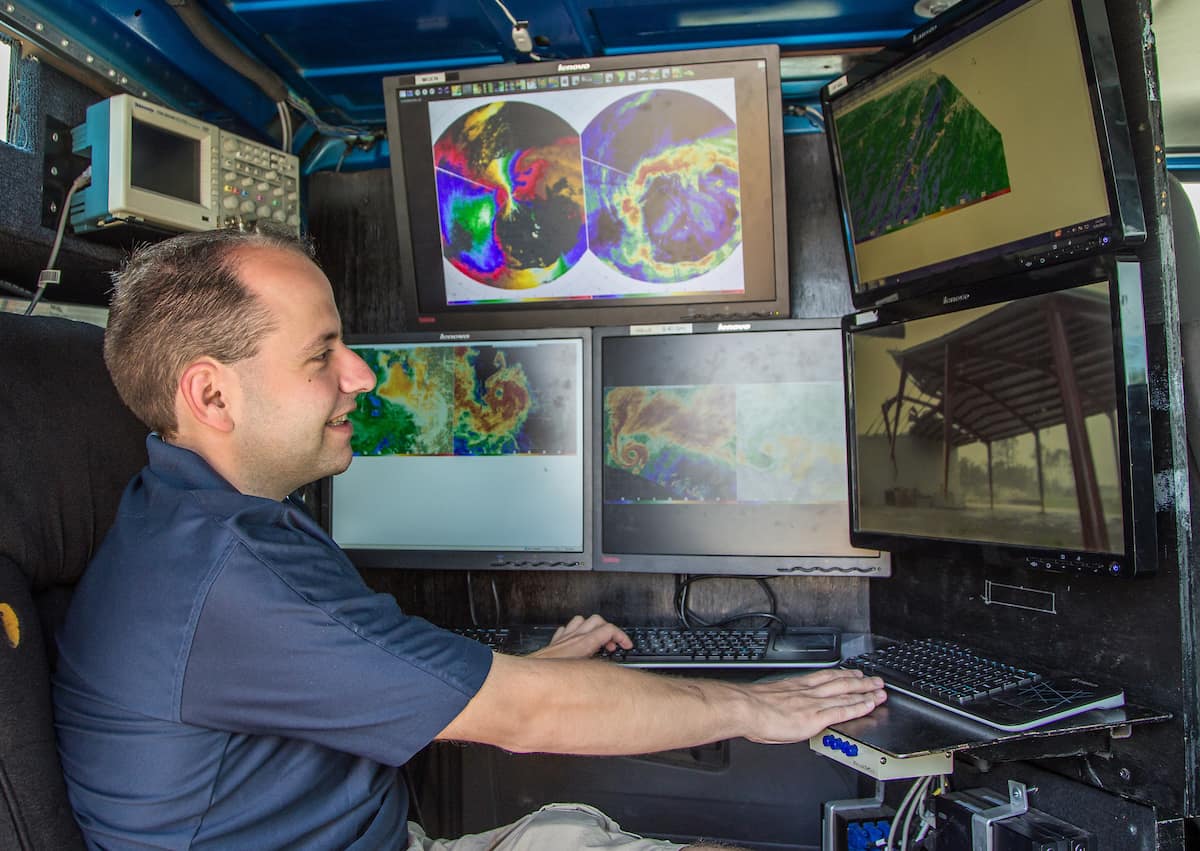 Meteorology Professor Shawn Milrad works in a Doppler on Wheels truck that is used to study localized phenomena such as tornados, microbursts and other wind events. (Photo by Chi-Valry Wu)

“More extreme heatwaves in Florida would have profound impacts on human health as well as the state’s economy,” Milrad said. “Heatwaves are a silent killer, claiming hundreds of thousands of lives each year, yet we tend to focus more on the risks associated with sudden, dramatic events such as hurricanes.” In May 2015, for example, temperatures as high as 117 degrees Fahrenheit swept across India, causing widespread power outages and killing at least 2,500 people.

For the time period 2070 to 2099, if atmospheric concentrations of carbon dioxide -- a key greenhouse gas -- reach two to three times the current level of 410 parts per million, heatwaves would also get hotter, rising roughly 7 to 10 degrees Fahrenheit (4 to 6 degrees Celsius).

This finding was reported by Milrad and others in their peer-reviewed article, “Floridian heatwaves and extreme precipitation: future climate projections,” published in the journal Climate Dynamics. Greenhouse gases – primarily from fossil fuel burning and deforestation – trap heat near the Earth’s surface, he noted. 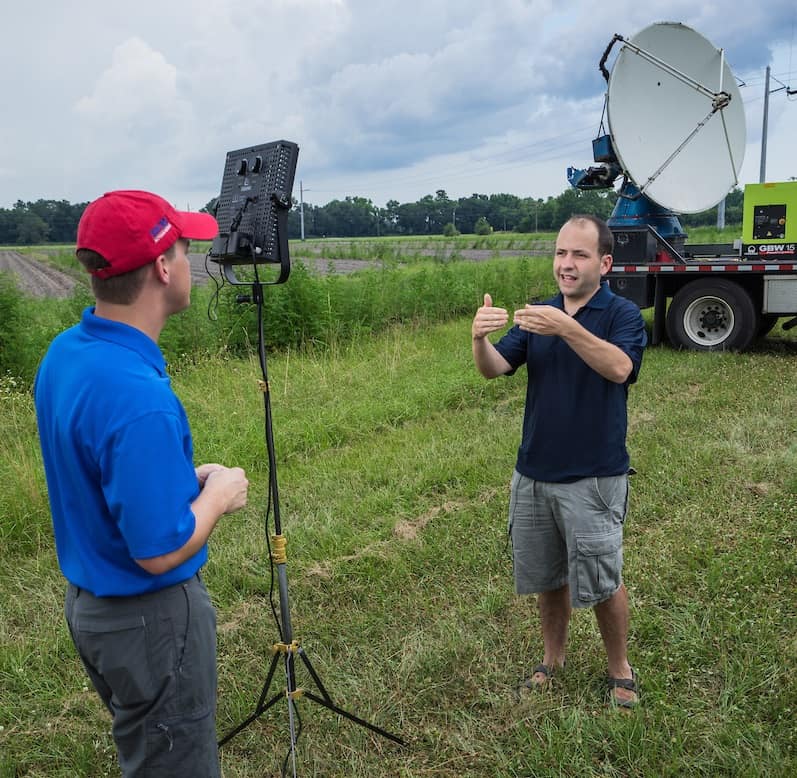 Milrad and colleagues looked at temperatures and precipitation events today versus under the highest greenhouse gas-concentration scenario set forth by the Intergovernmental Panel on Climate Change (IPCC), which has identified four possible trajectories from mid-century through 2100.

Specifically, researchers used surface observations and high-resolution Weather Research and Forecast model simulations to compare current surface air temperatures and rainfall conditions with what would happen near the end of the century under the) IPCC’s gloomiest climate projection. The team included Milrad, Embry-Riddle graduate Ajay Raghavendra (now at the University at Albany); undergraduate meteorology major Shealynn R. Cloutier-Bisbee; and Aiguo Dai at the University at Albany and the National Center for Atmospheric Research.

“All of the cities we assessed generally showed the same trends,” Milrad said. “The one city that stood out a bit was Tampa, which showed a very large increase in daily mean and nighttime minimum temperatures, in our projections.”

Under a very high-level greenhouse gas scenario, precipitation would also increase following heatwaves, though this impact might vary from region to region, researchers found. “Florida’s precipitation, by its convective nature, is quite scattered,” Milrad said. “So it’s difficult to pinpoint which regions might get hit the hardest with precipitation in the future, but a much warmer atmosphere would hold more moisture, so any given precipitation event would likely bring heavier amounts of precipitation.”

Because temperatures are increasing faster at night, Milrad said, heatwaves are already becoming more frequent and intense at night, versus during the day. Soaring nighttime temperatures could be particularly troublesome for Floridians in large cities such as Miami, Tampa and Orlando, where the urban heat island phenomenon could amplify heatwaves, given that paved surfaces and concrete trap heat.

“Heatwaves can actually take a greater toll on human health at night because they affect how we sleep,” Milrad said.

Raghavendra, lead author of the Climate Dynamics paper and now a Ph.D. student at the University at Albany, noted that hotter, more frequent heatwaves could disrupt Florida’s economy, too. “There would also be tremendous pressure on the energy sector, in particular, to generate enough power necessary to run air-conditioners and keep people cool.”

Milrad added: “Heatwaves in Florida aren’t normally something people think about because it’s always hot in Florida, yet many people still don’t have access to good air-conditioning, and that makes them especially vulnerable to increasing temperatures.”