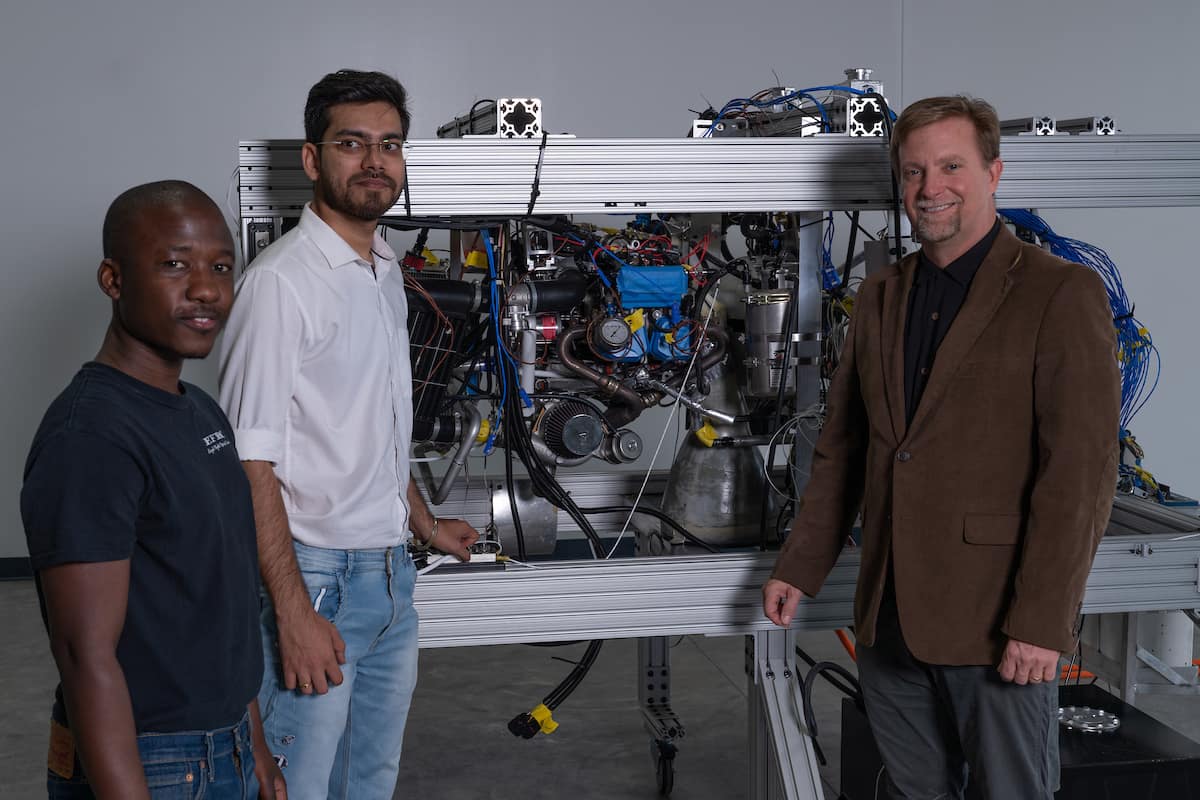 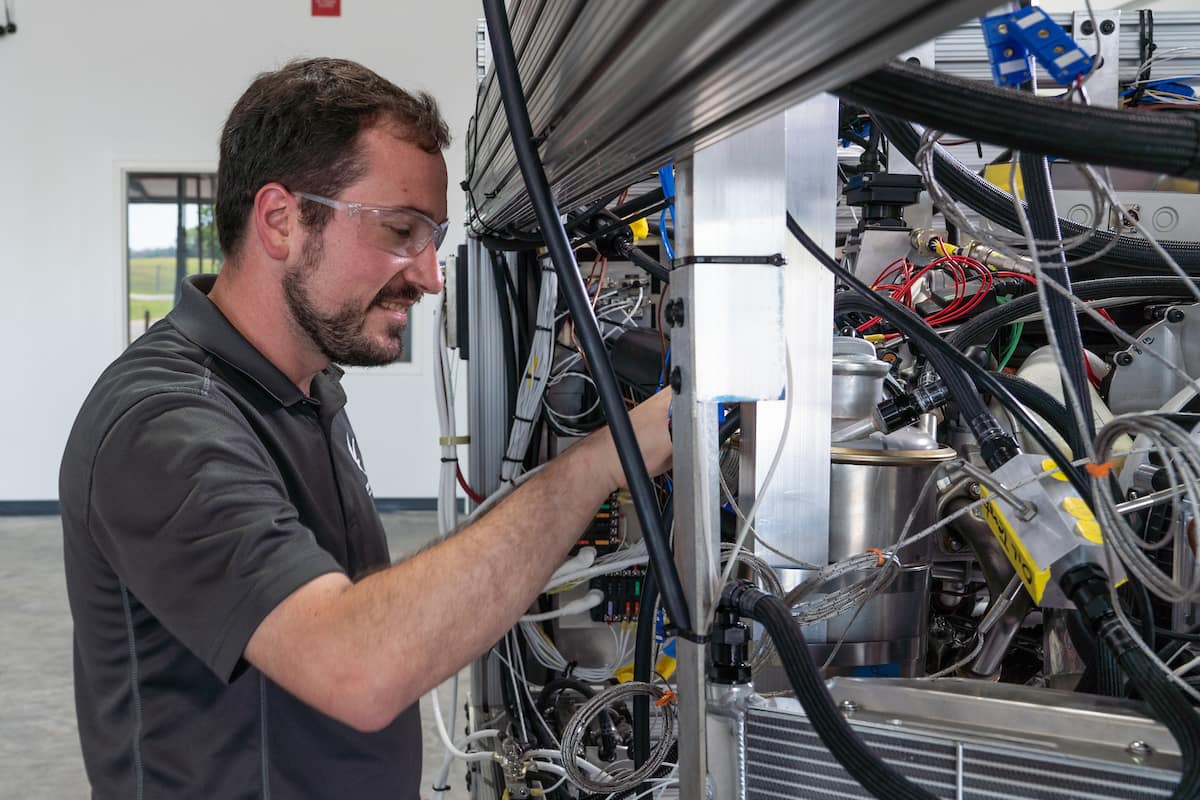 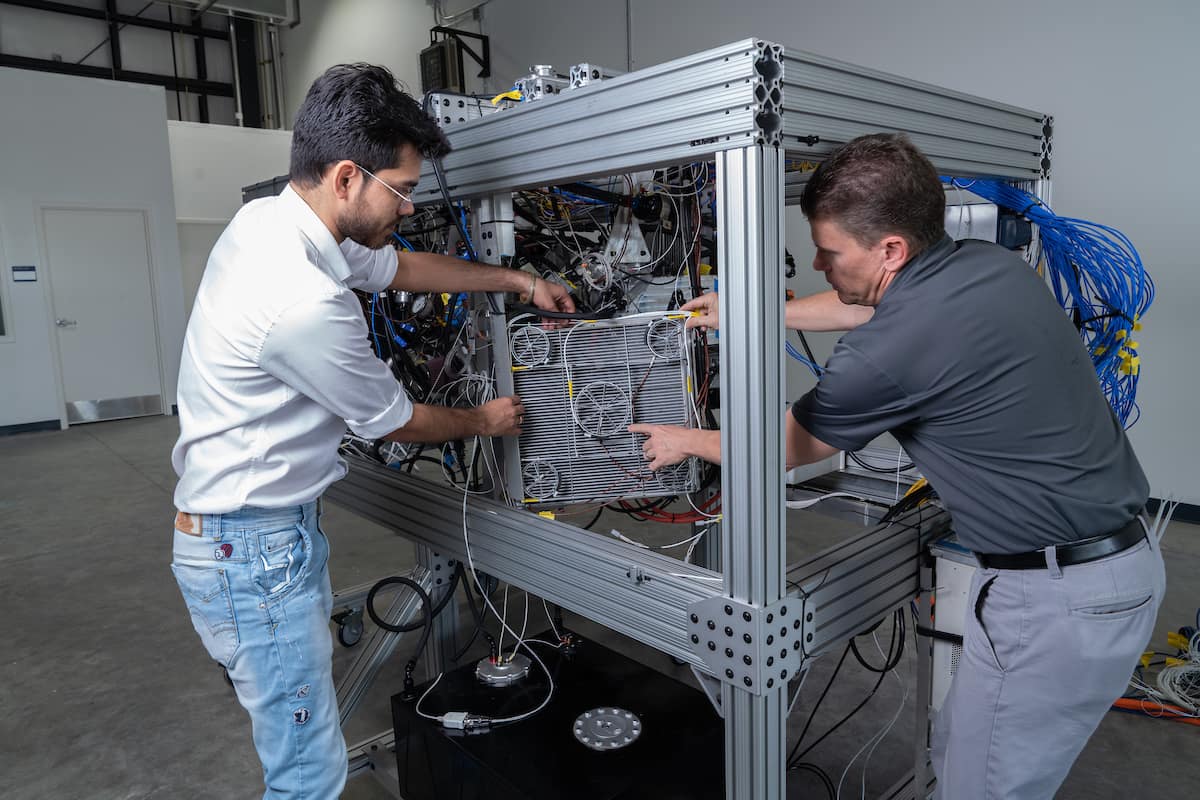 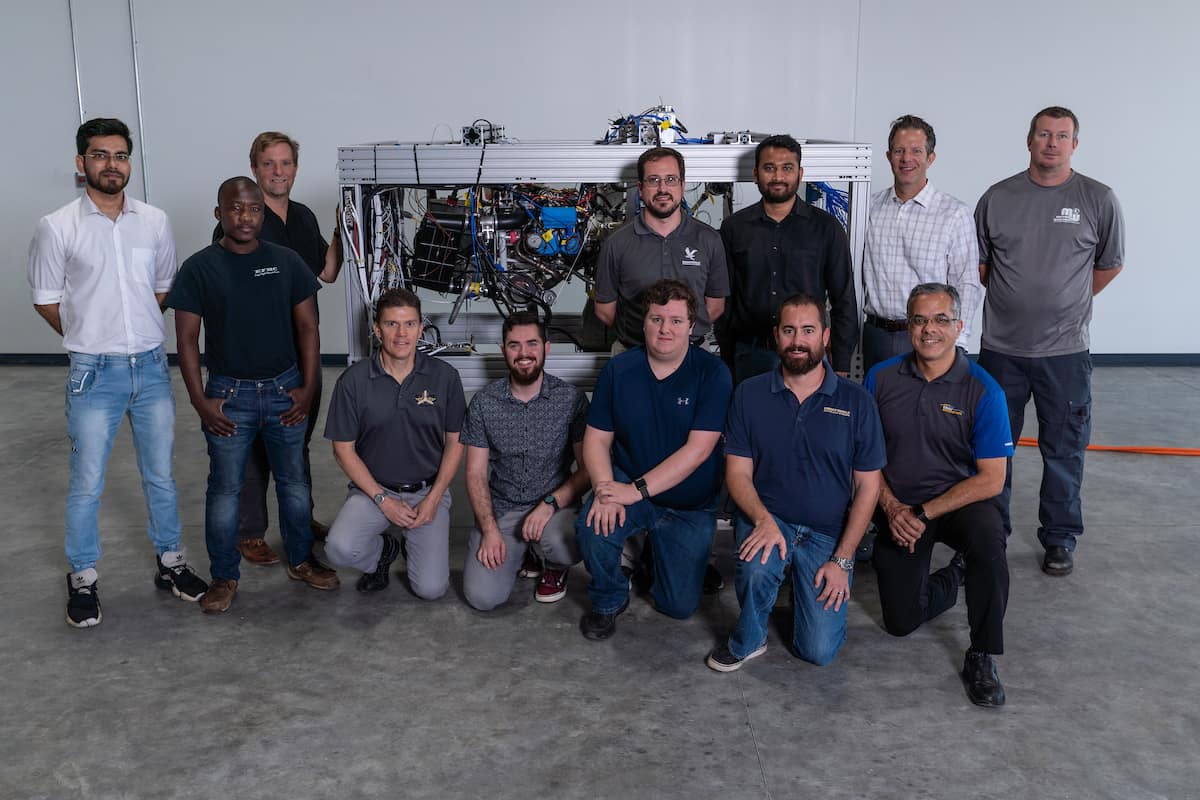 The new technology — developed at Embry-Riddle’s Eagle Flight Research Center (EFRC) – converts power from an efficient turbocharged engine to highly concentrated electrical power, which can then be transferred to electric vertical take-off and landing (eVTOL) vehicles. The research is being externally supported by a $2.5 million contract.

“Urban air mobility vehicles are going to solve many of our current problems in cities,” said Aerospace Engineering professor Dr. Richard “Pat” Anderson, director of the EFRC. “Air taxis will relieve roadway congestion, and they will also be greener if they replace cars that are stuck in traffic. Future aviation options will be clean, quiet and more sustainable.”

Within Embry-Riddle’s hybrid power plant, gasoline feeds into a lightweight, turbocharged aluminum engine, which transfers engine power from the crankshaft into a high-performance electric generator. The generator pumps out DC (direct current) electricity for use on an aircraft.

Using this method, “The emissions benefits begin with the operation of the engine and generator at their most efficient settings at all times,” said Embry-Riddle Project Manager David Spitzer. “Furthermore, with UAM the flight times are shorter because there is zero delay due to traffic, road layout, stoplights or any of the other limitations we currently accept on the ground.”

The system currently supports a 160-horsepower engine, Anderson said. “If you want an aircraft that’s really quiet, redundant and safe,” he added, “this is the configuration you need. Multi-rotor flight is simply not possible with a mechanical approach. We had to make the mental jump to electric.” 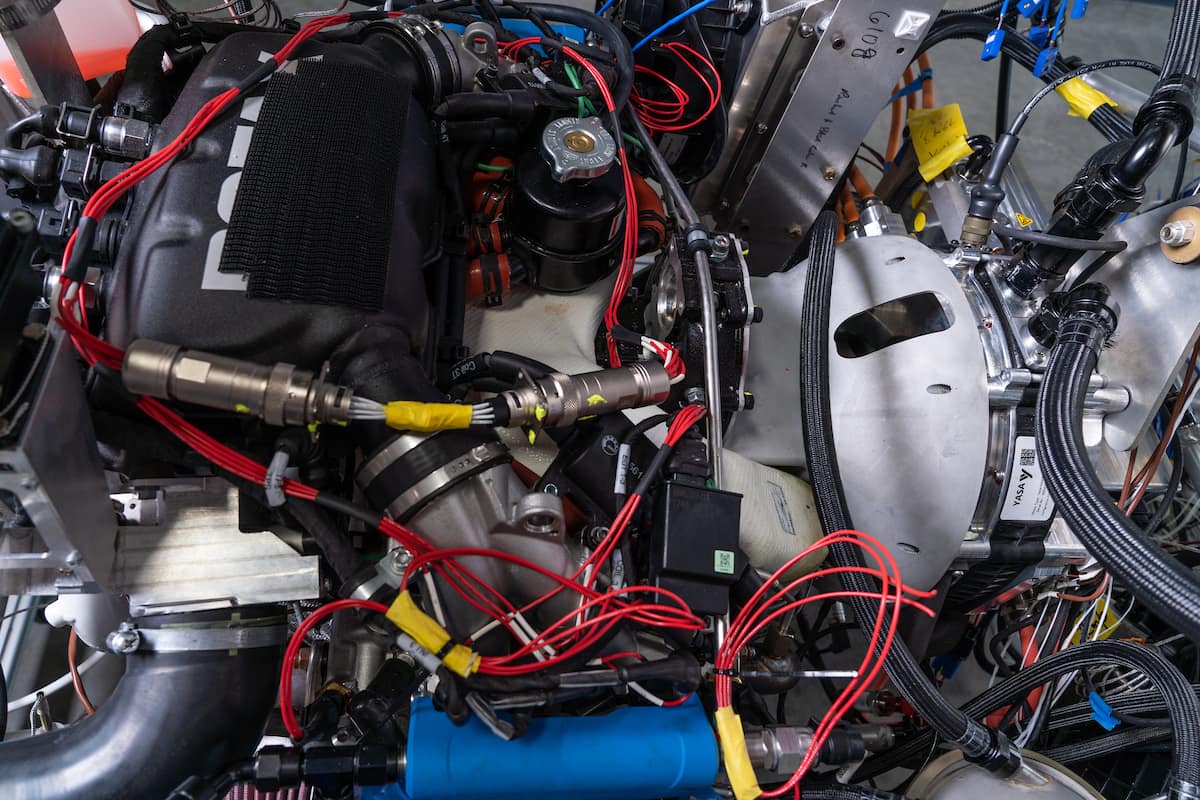 From Air Cargo to Flying Taxis

The next generation of aircraft, suitable for vertical takeoff and offering much greater energy efficiency and lower environmental impact, are mostly focused on power stored in batteries, Anderson noted. With recent technology, that meant a very short trip before recharge was needed – until now.

Initially, the new Embry-Riddle hybrid power plant is configured to support air cargo vehicles designed to carry a payload of up to 500 pounds and incorporating six dual-rotor systems and 12 propellers. Because Embry-Riddle researchers are capturing data on every aspect of their hybrid power system, however, their design principles could serve a variety of purposes.

“We’re working to understand the subtleties of the system in terms of mechanical, thermal and electrical engineering,” Spitzer said. “We’re using hundreds of sensors to study the hybrid power plant’s temperatures, pressure, air flow, fluid flow rates and more. We can apply those insights to develop lighter-weight aircraft, or we can scale up the design to fly a person to work in the morning.”

Anderson and colleagues have been working on an Embry-Riddle personal air vehicle (PAV-ER) that uses a distributed electric drive system, including eight small electric motors and eight variable-pitch rotors – a design akin to multiple miniature helicopters. This patented, eco-friendly approach provides vertical lift and improves aviation safety by using many redundant rotors, Spitzer noted: “The use of rotors instead of fixed-pitch propellers is another key technology here at EFRC.  We have proven that this important capability reduces noise over populated areas, increases efficiency and improves safety of UAM for so many configurations under development.”

At Embry-Riddle, graduate students play a key role in shaping the future of transportation. Directed by Anderson, students employ a powerful state-of-the-art data acquisition system to better understand the dynamics of the new hybrid power plant.

“The results are certain to help accelerate the commercial development of UAM,” said Maj Mirmirani, dean of the College of Engineering. “The university has been at the forefront of this emerging technology for the past decade, when it first began to lay the groundwork for the future of hybrid electric propulsion. Our talented students and faculty are uniquely positioned to propel this new industry forward.”

Embry-Riddle’s Eagle Flight Research Center was a pioneer in the field of green aviation, launching the first-ever hybrid gas/electric aircraft, the Eco Eagle, as part of NASA’s Green Flight Challenge in 2011.