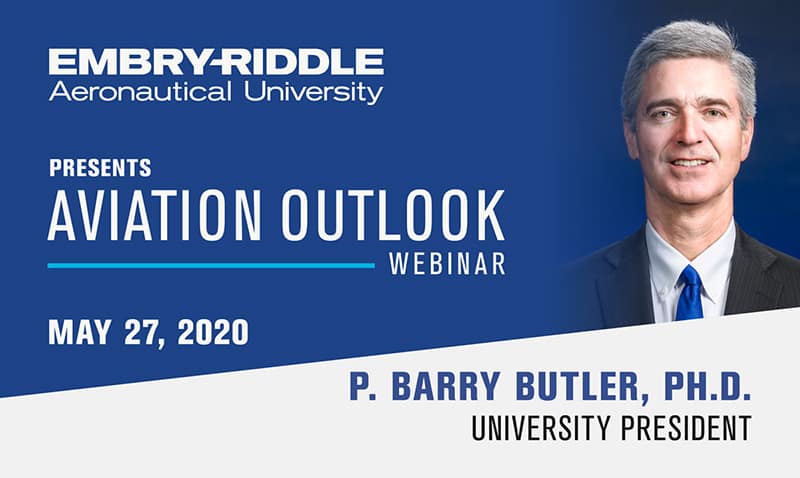 Presented by Embry-Riddle’s Deans of Aviation, the university’s next Aviation Outlook Webinar will feature a discussion with Butler about the strategic decisions behind the university’s response to the pandemic and the measured steps the leadership team is taking to reopen its campuses. Additionally, he will reflect on his experience at Embry-Riddle since becoming president of the university in 2017.

Butler is the sixth president of Embry-Riddle. Under his presidency, the university has continued to expand discovery-driven degree programs and its research park is home to new aerospace patents, technology transfer and startups. Butler has encouraged collaboration with industry, resulting in expedited hiring initiatives with leading aviation and aerospace industries. He is also expanding the university’s interest in aviation cybersecurity, aviation data analytics and autonomous vehicles.

Previously, Butler was Executive Vice President and Provost of the University of Iowa, where he was responsible for more than 100 academic programs in 11 colleges. For ten years, he served as Dean of the College of Engineering.

Register for the event now!