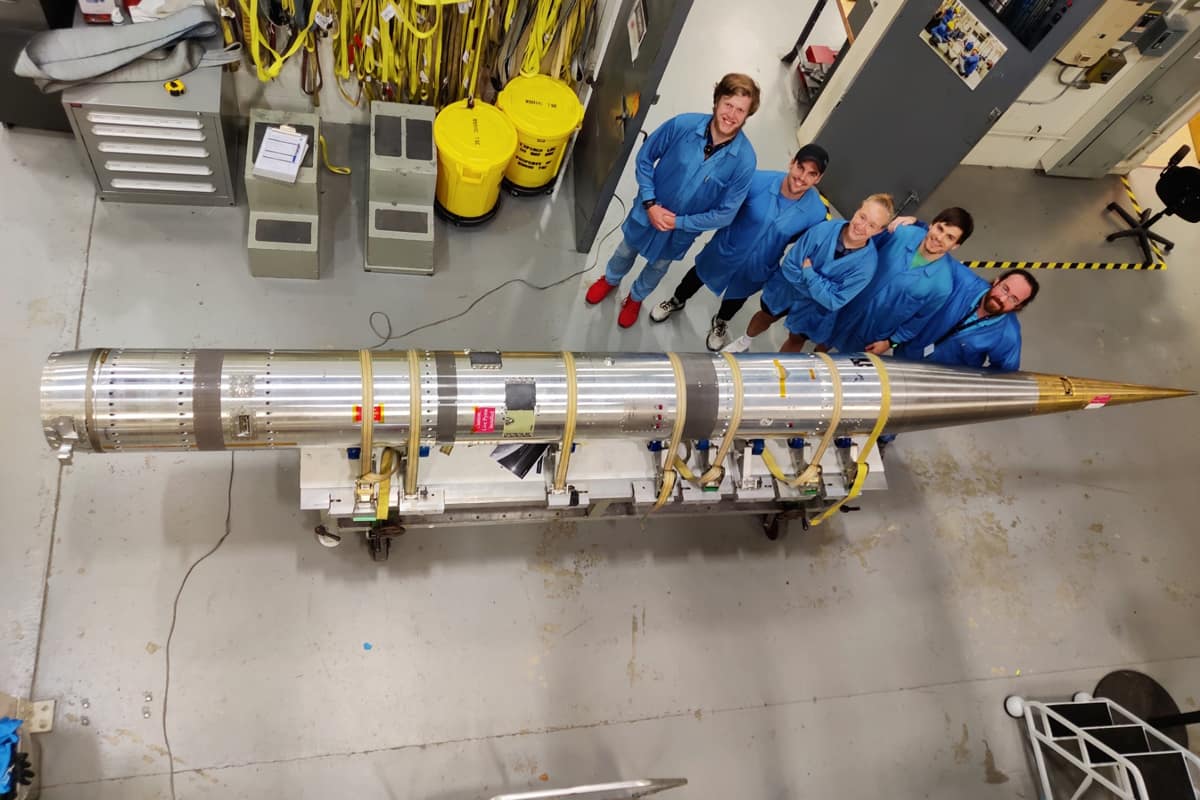 Engineering Physics students and faculty from Embry-Riddle recently visited NASA facilities — one in Virginia, the other near the North Pole — to launch and test hardware aboard NASA rockets. (Photos: NASA/Berit Bland, Aroh Barjatya) 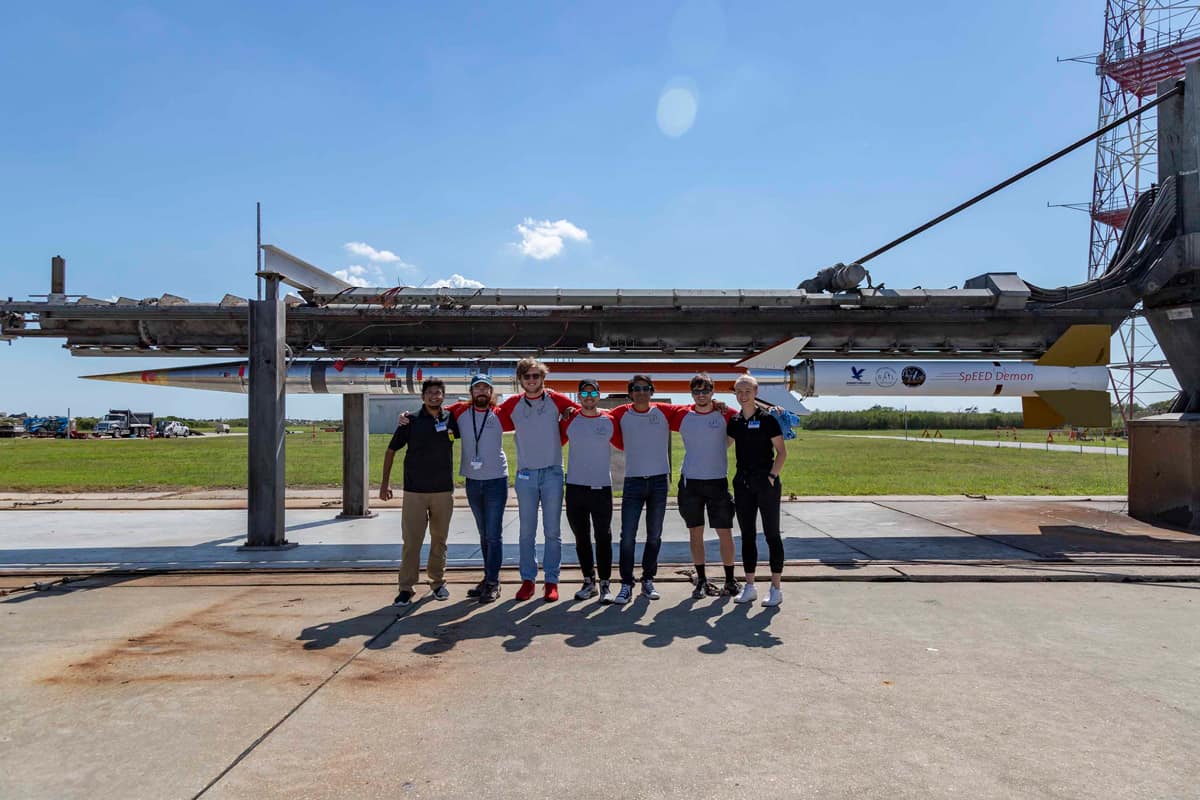 Engineering Physics students and faculty from Embry-Riddle recently visited NASA facilities — one in Virginia, the other near the North Pole — to launch and test hardware aboard NASA rockets. (Photos: Aroh Barjatya) 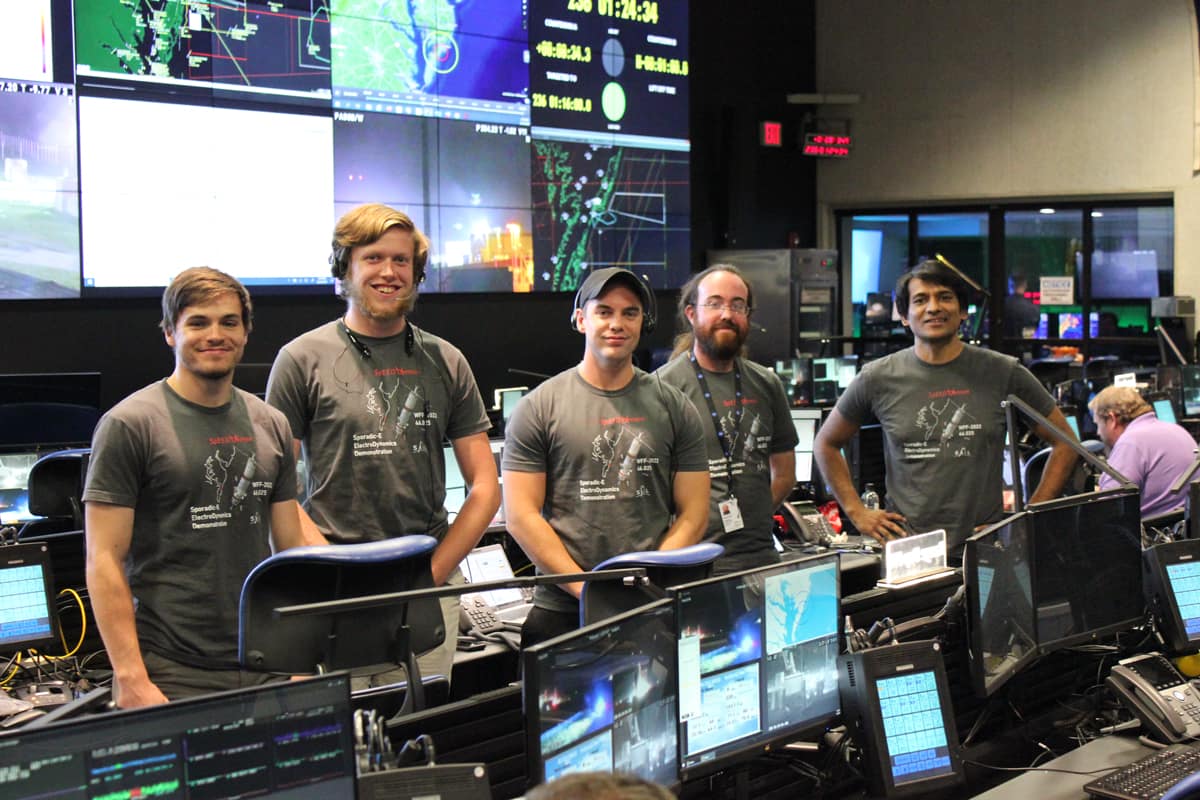 Engineering Physics students and faculty from Embry-Riddle recently visited NASA facilities — one in Virginia, the other near the North Pole — to launch and test hardware aboard NASA rockets. (Photos: NASA/Berit Bland, Aroh Barjatya)

The rocket that launched from Wallops, known as the Sporadic-E ElectroDynamics Demonstration Mission, or SpEED Demon, was testing new instruments that are slated to fly on several upcoming NASA rocket missions. The Aug. 23 launch was especially successful because, in addition to be being a tech-demo mission, the rocket flew through a Sporadic-E layer, a cloud of dense plasma that can cause disruption of radio communication systems. The in-situ measurements of these layers can help us better understand and model their occurrence and, thus, help in their prediction.

“The flight of SpEED Demon through a Sporadic-E layer not only helps us to test the new rocket systems but also to check out our instrument performance within the Sporadic-E phenomenon so that we can learn from it and fine-tune it for maximum fidelity for future investigations,” said Dr. Aroh Barjatya, professor of Engineering Physics, director of SAIL and the principal investigator on the launch project.

The SpEED Demon rocket, which reached an apogee of 100 miles before descending, appears to have flown through a Sporadic-E layer on both the upleg and downleg of the rocket's trajectory, Barjatya said. The launch was in preparation for NASA launches that will fly two identical rockets into Sporadic-E layers from Kwajalein Atoll in the Marshall Islands in the summer of 2024.

Instruments aboard SpEED Demon— as well as aboard a rocket known as Endurance, which was launched from Norway in May — were designed by Engineering Physics students in SAIL. Barjatya said they began working on the instruments as undergraduates and are now earning master's and Ph.D. degrees in the program. 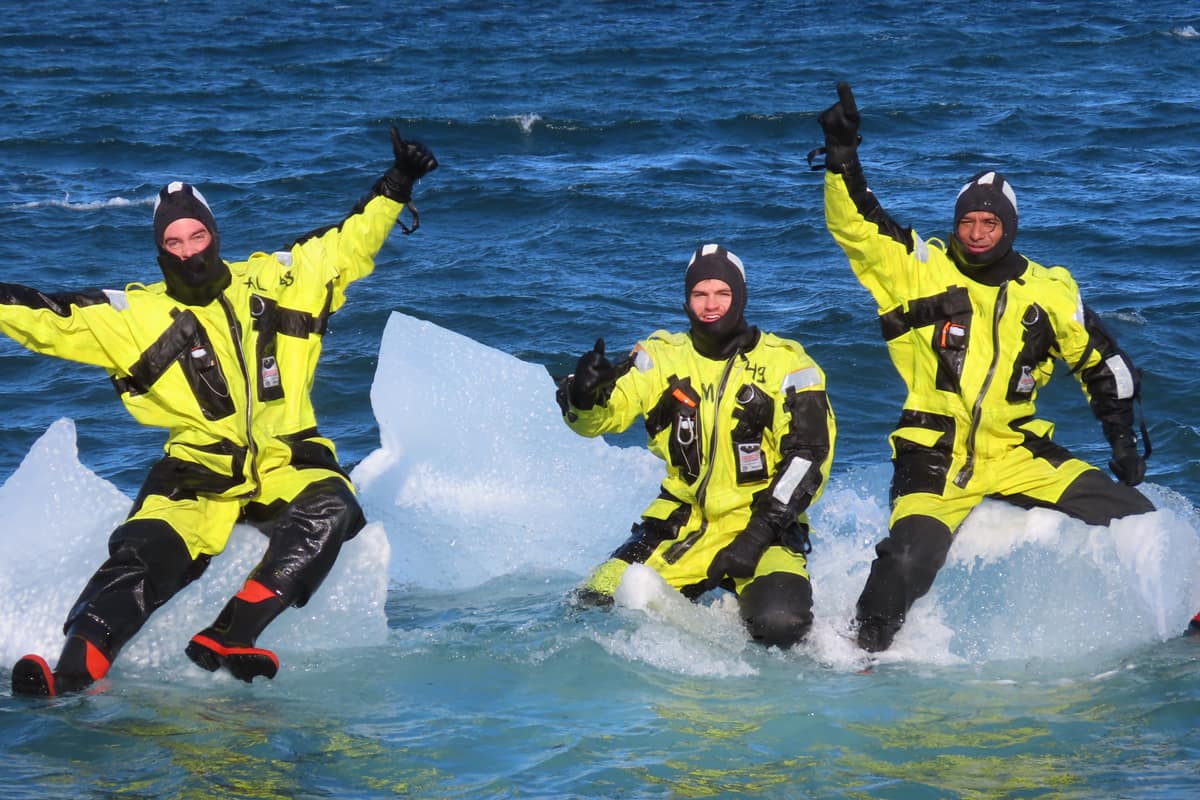 While on the island of Svalbard, which is about midway between the Norwegian mainland and the North Pole, Dr. Aroh Barjatya and students Nathan Graves and Henry Valentine rested on a small chunk of ice freshly broken off from a glacier while taking a swim in arctic waters. (Photos: NASA/Berit Bland, Aroh Barjatya)

Recent Embry-Riddle graduate Peter Ribbens, who is starting a master’s degree in Engineering Physics, said he worked on the design, fabrication and testing of the telescoping booms, hinges, electronics boxes and sensitive gold-plated probe surfaces associated with the experimental payload of SpEED Demon.

“My work on SpEED Demon and other hands-on projects for Dr. Barjatya in SAIL has helped me apply my knowledge gained in the classroom directly to a real NASA science mission,” Ribbens said. “The SAIL ethos of relentless high-quality precise work while part of a larger collaborative team has been invaluable for my growth as an engineer and scientist and will undoubtedly apply to all my future academic and career endeavors.”

Recent graduate Josh Milford, also starting a master’s degree in Engineering Physics, had an equally enthusiastic appraisal. Milford has worked on low-cost magnetometers, which measure a magnetic field, since his sophomore year. The devices have launched aboard three CubeSats and, most recently, on SpEED Demon.

“SAIL demands a significant level of precision and perfection. Working in SAIL on these magnetometers has given me appreciation that it’s important to test-as-you-fly and fly-as-you-test, as Dr. Barjatya often says,” Milford said. “Working on this project has given me invaluable lab experience that has better prepared me to pursue physics academia and a career in space/atmospheric science.”

The launches were also featured on the Marcus House YouTube channel, which chronicles and explains major space launch/research milestones.

SAIL students Henry Valentine and Nathan Graves, as well as Barjatya and Clayton, traveled to the island of Svalbard to participate in the launch of the Endurance rocket that carried a SAIL-built instrument. The launch took place about midway between the Norwegian mainland and the North Pole, at a location open only to researchers.

“Being part of the Endurance launch was an incredible life experience for me and the students,” said Barjatya, who was a co-investigator on the project. “Not only did the SAIL instrument — a sweeping Langmuir probe used to measure plasma density and electron temperature — perform exceptionally all the way up to the 768-kilometer rocket apogee, but the trip to Ny Ålesund and the Great White North was filled with unforgettable adventure.”

Graves and Valentine echoed Barjatya's excitement about the Norway trip.

"For one thing, you don't travel to the northernmost permanent civilian settlement every day," Graves said. "There were teams from many countries including Germany, Italy, the UK and Norway, so it was pretty awesome to meet these researchers from around the world and learn about their research. The other cool aspect was the little bit of exploring we were able to do while there, including a snowmobile trip to look at the rocket's first stage motor and swimming in the Arctic Ocean. The area is incredibly remote, so the surrounding untouched landscape is quite beautiful, especially in the 24-hour daylight we had while we were there."

"We got to explore glacial ice caves, ride snowmobiles, see reindeer, hang out with sled dogs, swim in the Arctic Ocean and meet some incredibly competent and kind scientists and researchers from all over the world," said Valentine.

Dr. John Hughes, chair of the Physical Science Department, was extremely supportive of the student involvement in NASA-funded rocket missions.

“For engineers and scientists, few things are more exciting than analyzing data from instruments designed and built with your own hands. Add to that the opportunity to watch your handiwork launch into space atop a NASA rocket, while on a far-flung adventure, and you can see how unique and exciting Embry-Riddle and our Engineering Physics programs are," said Hughes.