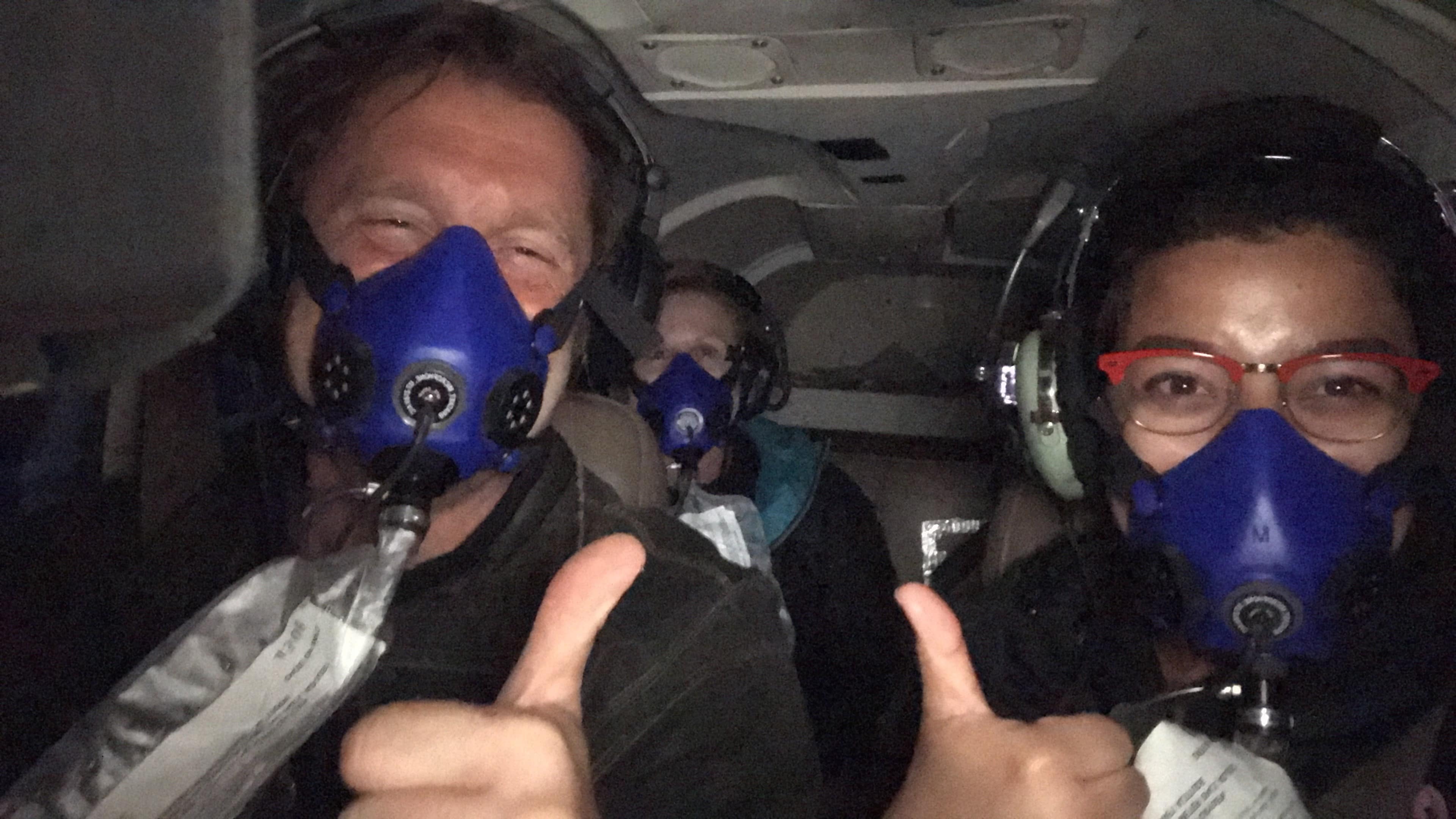 Amy Ramos, a senior undergraduate at Embry-Riddle, and two accomplished graduate students – Karen Brun and Heidi Hammerstein – were selected to join a team of 13 talented female scientist-astronaut candidates who will serve as global ambassadors for space science and exploration.

The trio was chosen by an astronautics research and education program called Project PoSSUM (Polar Suborbital Science in the Upper Mesosphere).

The PoSSUM 13 ambassadors -- so-named to honor the legacy of an earlier group of female astronaut trainees known as the Mercury 13 – will lead student teams participating in an International Microgravity Challenge. Female students between the ages of 13 and 17 are being invited to propose science experiments to be performed in microgravity this October, in concert with the National Research Council of Canada and Project PoSSUM.

One representative from the winning team will fly as a mission specialist aboard the Falcon-20, an aircraft capable of flying steep maneuvers called parabolas, which allow researchers to experience repeated periods of weightlessness. In this environment, researchers can test equipment and perform tasks to simulate the effects of reduced gravity on people as well as machines. 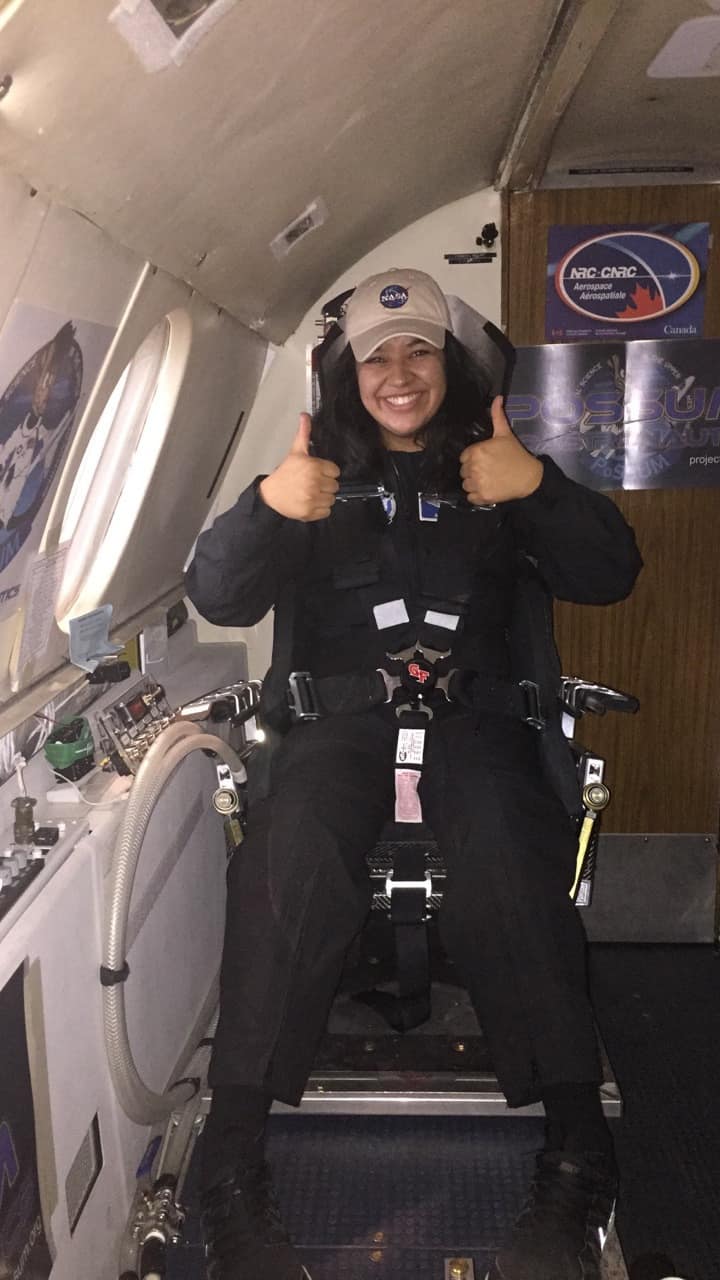 A veteran of 18 parabolas in flight, Ramos described the experience as “a dream come true.” A first-generation college student who is planning for a career as an astronaut, Ramos chose Embry-Riddle’s Daytona Beach Campus in order to be near the Space Coast. As an ambassador for science, technology, engineering and mathematics, she has regularly met with high-school student groups.

What’s her advice to students? “Never let anyone tell you no,” she said. “I had a lot of doors closed in my face, and it can get discouraging. I didn’t get into every single school where I applied, but I got into the ones that I wanted. In high school, I only knew how to code in one programming language. Now, I can code in about five languages. It’s important for students to find their support. As long as you keep yourself motivated, you can do it.”

Ramos, who has been on Embry-Riddle’s Biomedical Systems track, part of the Mechanical Engineering program, is interested in pursuing graduate school to combine her interests in engineering, biomedicine, and human physiology in microgravity. Immediately after graduation in May, she will begin Officer Candidate School with the U.S. Navy. The only daughter among seven children, Ramos credits her parents with nurturing her love of science and engineering. She also commends her faculty mentors, Assistant Professor Dr. Victor Huayamave and Dr. Eduardo Divo, professor and chair of Mechanical Engineering.

Divo said that the Biomedical Systems track complements Embry-Riddle’s engineering as well as Aerospace Physiology programs. “This track is drawing more outstanding female students like Amy to Embry-Riddle,” he said. “More generally, the track draws well-rounded students with backgrounds in physical and life sciences who are inquisitive and passionate about finding engineering solutions to biomedical problems.”

The curriculum is “centered around the core of our institution’s mission of advancing knowledge in the fields of aviation and aerospace,” Divo added.

Since 2015, Project PoSSUM has collaborated with Embry-Riddle to offer space-flight training that encompasses study of atmospheric science, remote sensing, spaceflight physiology, how to work in high-altitude environments, and physiological adaptation.