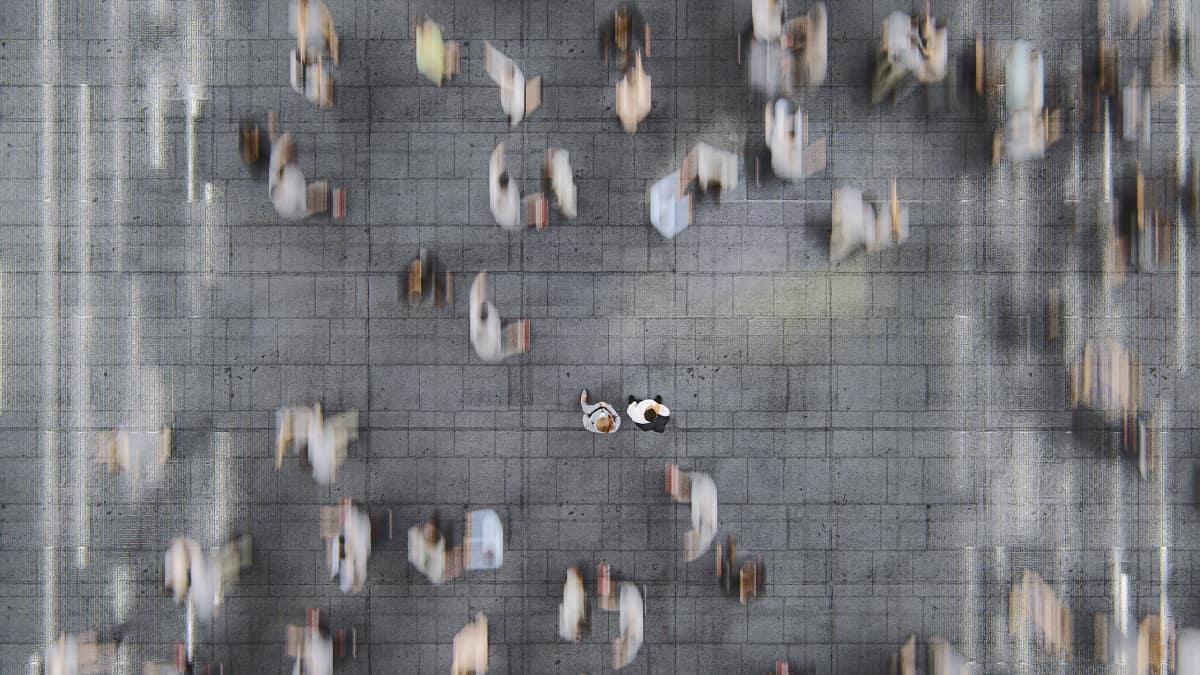 Embry-Riddle associate professor of Aerospace Engineering Dr. Sirish Namilae is using various data sources to simulate how pedestrians move in crowds, in an effort to understand, and combat, the spread of illness.

Dr. Sirish Namilae, Aerospace Engineering associate professor, is refining research he began about four years ago that explores how pedestrians move in crowds, amplifying it with new data and disease-spread modeling to help develop social distancing strategies as the world confronts the Covid-19 pandemic.

“We want to get an aggregate idea of how people are moving,” said Namilae. “For this Covid problem, the research is even more relevant.”

Namilae began doing similar research on pedestrian movement during the 2014 Ebola epidemic in Africa. Last year he was awarded a $600,000 National Science Foundation (NSF) grant to develop a cyberinfrastructure for this problem. He was recently awarded another $200,000 NSF RAPID grant, to incorporate new streams of data — from video footage from worldwide public-domain webcams, as well as from cellphone location systems — into pedestrian dynamics modeling. The mathematical models of pedestrian movement are based on the movement of particles, such as molecules, and were originally developed in materials science.

“All of this comes together so we can look at pedestrian data more comprehensively,” Namilae said, adding that he will be working with colleagues from the University of West Florida, Purdue University and Arizona State University, as well as with students from Embry-Riddle.

The result of their research will be a cyberinfrastructure, or software system, useful to such decision-makers as civil engineers, aviation workers and public health professionals as they work to design the most efficient social distancing guidelines. The modeling could then be used to inform policies designed to mitigate local outbreaks of Covid-19.

“[The software] will help determine the best tactics, for example, in an airport,” Namilae said. “How should the security queue be designed? How should a building be designed?”

Theme parks are another example of a venue where crowds mix intensely. Additions to traditional serpentine lines that reduce mixing, such as temporary walls between the lanes of customers, can reduce infection rates to 25 percent of what they would otherwise be, Namilae said. Single-file lines represent an even more drastic reduction, although groups of family members and friends often don’t maintain a single-file line and tend to group together.

By simulating many variations of different kinds of situations with pedestrian modeling and combining them with infection modeling, Namilae said it is possible to identify and quantify vulnerabilities associated with these scenarios.