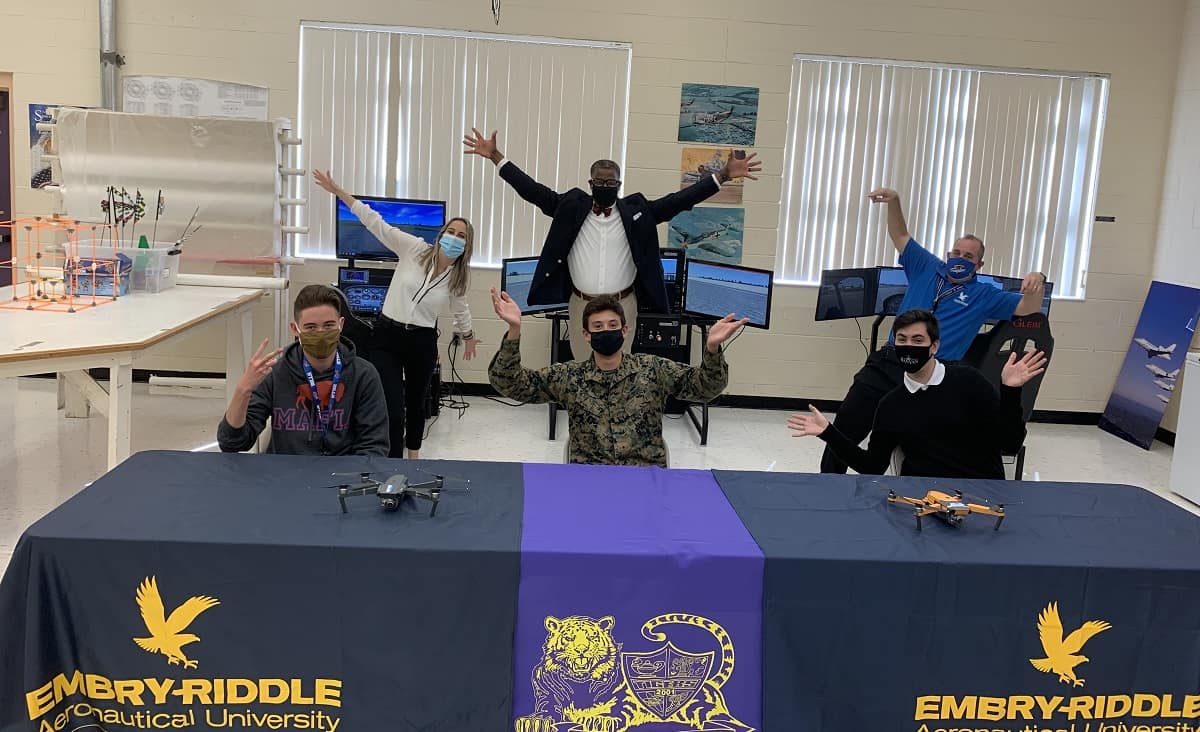 As part of Embry-Riddle Aeronautical University’s Gaetz Aerospace Institute, students from Boynton Beach Community High School recreated the Boca Raton Airport in Minecraft, a video game in which players use blocks to construct 3D worlds, winning a top prize in the Federal Aviation Administration’s (FAA) Airport Design Challenge in the process. A total of 1,200 students from 22 countries participated in the competition, and the Boynton Aerospace Science Program (BASA) won first place in the Non-Primary Airports Category.

Sebastian Monroy, a 10th grade student who took on a leadership role in the project, said he joined BASA, the aerospace science program, in hopes of continuing his passion for engineering in pursuit of his dream job: a computer engineer. Getting the project done within the six-week deadline was tough, he added, but the team made it, thanks to many late nights of virtual construction.

“Staying up ‘til 4 a.m. playing Minecraft is harder than you think!” Monroy said. “Airport construction is very complicated.”

Another group leader, 10th grader Giovanni Messina, added, “The final video was finished one hour before the due date. Every second counted.” 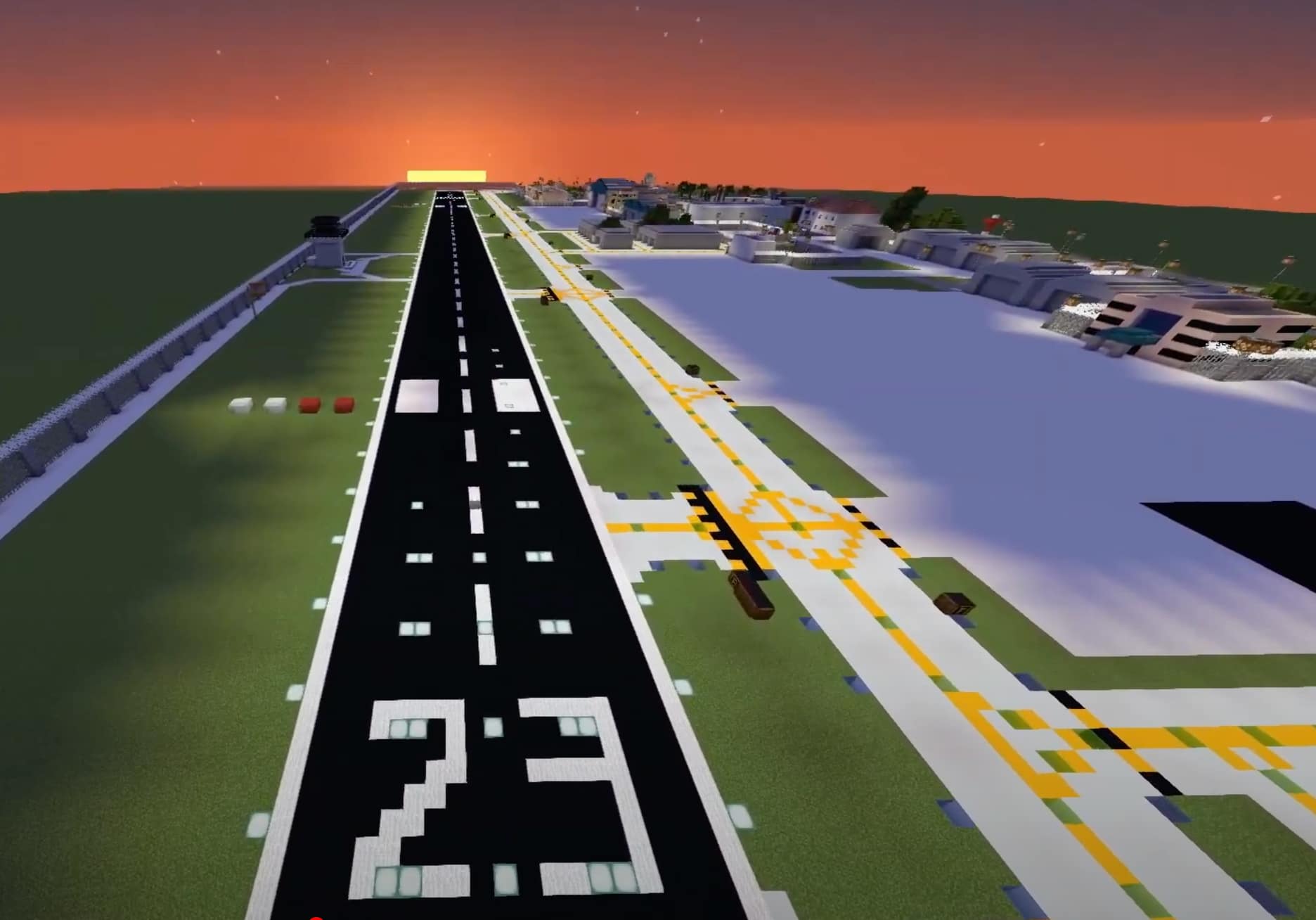 The BASA team built a virtual replica of the Boca Raton Airport in the video game Minecraft.

Having transferred to Boynton Beach Community High School specifically to be a part of BASA, Messina said the program has given him the motivation he has always needed to perform up to his ability in school.

“My grandpa was a pilot and told me stories about his time flying private planes, which inspired me,” Messina said. “When I flew for the first time when I was 13, it solidified my aspirations.”

As the leading aeronautical university, it is only natural for us, in collaboration with our high school partners, to prepare students to become leaders within the industry. Opportunities like this provide students with one-of-a-kind access to experiences that will open the door to some of the world’s top employers in aviation.

“It was all super cool,” Messina said. “Being introduced to the Boca Raton authorities, learning about the approach end areas that deter obstacles from being built too close to runways … Bonus: It was definitely a team effort, and I was extremely proud of what we finished.”

BASA is one of the oldest programs in Embry-Riddle’s Gaetz Aerospace Institute, which offers high school students the opportunity to earn dual-credit (college and high school) through courses taught by Embry-Riddle-approved faculty. The BASA program exemplifies the mission of the Gaetz Aerospace Institute as a whole, according to Colleen Conklin, executive director, creating a much-needed career pathway for aspiring aviation professionals.

“It is critical that we prepare students for the global marketplace,” Conklin said. “As the leading aeronautical university, it is only natural for us, in collaboration with our high school partners, to prepare students to become leaders within the industry. Opportunities like this provide students with one-of-a-kind access to experiences that will open the door to some of the world’s top employers in aviation.”

Embry-Riddle offers several dual-enrollment programs for high school students, through the Gaetz Aerospace Institute as well as through the Embry-Riddle Worldwide and Prescott campuses.