FAA Head to Students: Be Ready for a New Golden Age of Aviation 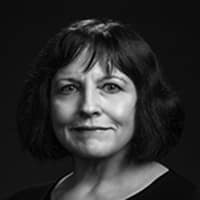 “I am excited for you,” he said. “Be ready. There is a generational shift as aviators and others do not work past the current cycle, and that will create opportunities.”

Emphasizing the value of adaptability and lifelong learning, Dickson outlined the FAA’s priorities as it looks toward the future, as well as the industry’s recovery from the Covid-19 public health emergency. He predicts the next five years will prove to be the most eventful in aviation since the dawn of the Jet Engine Age, with new urban air mobility solutions and certification of electric aircraft making the industry more complex.

Dickson spoke from the perspective of a U.S. Air Force Academy graduate and fighter pilot who also enjoyed a 27-year career with Delta Airlines, before he became the country’s 18th FAA administrator, last year.

“I love to fly,” he said. “It’s not like work. It’s a passion and nothing is better than being around airplanes.”

Despite starting his new job during unexpected turbulence — he could not have prepared to see a thriving industry suddenly experience a 95% decline in air traffic at some airports and the need to direct international flights to just 11 airports — Dickson believes in the inherent resilience of aviation. Additionally, one of his mentors, former Delta CEO Richard Anderson, was a prime mover in the Delta-Northwest merger that created the world’s largest airline during the 2007 financial crisis.

Dickson sees the FAA as “45,000 new teammates who support the most dynamic, safe, diverse and innovative aviation system in the world.” Eleven Embry-Riddle students are on that team through August, working virtually as interns — the most of any individual university.

Those teammates, however, had to find new ways to collaborate during the crisis, forcing Dickson to rethink his attitude toward working remotely.

“I was skeptical about its effectiveness, but now our organization has 6,000 Zoom meetings per day,” he said. “I now see telework as another tool in our toolbox.”

Looking again more broadly at the industry, Dickson predicts that air transportation demand will return, but full recovery could take two to four years, with leisure travel outpacing business travel. Carriers that rely on business travel for most of their revenue could see an even slower recovery.

Increasing commercial space launches, though, provide a bright spot on the horizon. The FAA works with companies such as SpaceX, Boeing, United Launch Alliance and Virgin Orbit at 12 commercially licensed spaceports around the country.

“By next year, I anticipate we will handle one commercial space launch a week,” Dickson said.

The FAA administrator also touched on evolving strategies to integrate unmanned aircraft systems (UAS), or drones, and advance evidence-based pilot training and assessment. The FAA will be part of a technical training panel at the 40th ICAO Assembly in September, as well, and he expressed appreciation for Embry-Riddle’s rulemaking recommendations to modernize part 147 aviation maintenance certification and airmen certification standards.

In all aspects of the industry, safety is a recurring theme. Safety management systems are moving to other certificate-holders beyond airlines, including manufacturers, helicopter air tours and airports, according to Dickson.

Dickson was the third speaker in the Aviation Outlook series, presented by Embry-Riddle’s deans of aviation and moderated by assistant professor of Aeronautical Science Dr. Bob Thomas. The June 18 webinar drew almost 400 participants and is available for playback online.