A Vision for Future Entrepreneurs 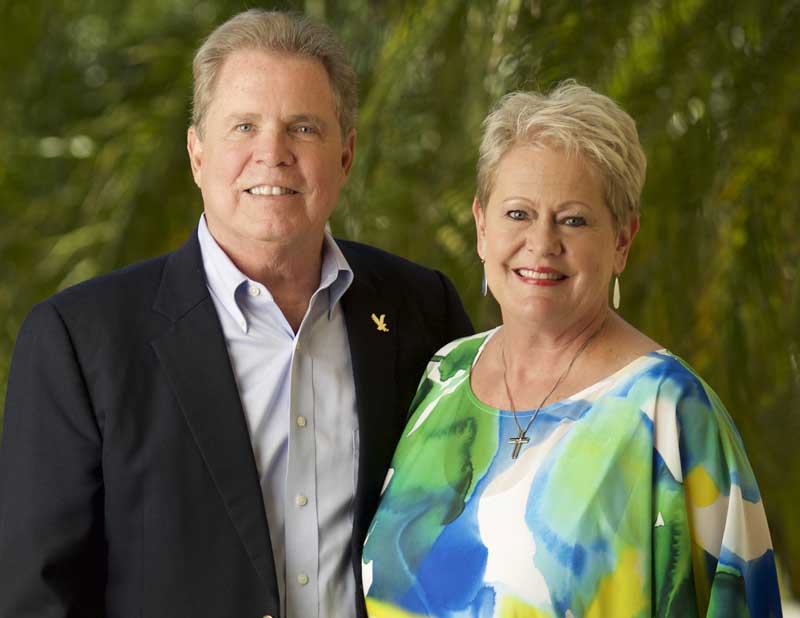 Share:
As a toddler, Frederick “Rick” Brown (’67, Flight Training, ’72, DB) soared through the Central Florida skies with his grandmother Peggy O'Neil, who was a pilot in the 1940s and instilled in him a lifelong love of flying.

“My grandma took me flying when I was only 18 months old,” says the retired U.S. Air Force pilot who spent 35 years at United Airlines.

Brown’s passion for entrepreneurship is just as strong as his love for flight, but it ignited years later when he was a student at Embry-Riddle. It was there that he encountered then-university President Jack Hunt and watched him grow a small flight school into a full-fledged university.

“Jack Hunt was a visionary and an entrepreneur. He was a really strong mentor for me,” says Brown, who with his wife, Jan (pictured at right), launched an airline in 1994 under the Frontier Airlines name. A different airline with the same name had operated previously from 1950-1986.

It’s important that people have an entrepreneurial spirit in aviation. Jan and I want to encourage people to think outside the box and create things that could help people in aviation.”

It was Brown’s love of aviation, entrepreneurship and of his alma mater that prompted him to make a major planned gift to Embry-Riddle this past spring. The gift will create the Rick and Jan Brown Endowed Scholarship and support the Daytona Beach College of Business’ Center for Entrepreneurship.

Additionally, the Browns’ gift will have a tremendous positive impact on students pursuing their entrepreneurial ambitions at Embry-Riddle, says Michael R. Bowers, professor of entrepreneurship and director for the Center for Entrepreneurship.

“It’s important that people have an entrepreneurial spirit in aviation,” Brown says. “Jan and I want to encourage people to think outside the box and create things that could help people in aviation.”

For Brown, supporting the growth of the Center for Entrepreneurship at Embry-Riddle is also a chance to further the work of his mentor, Jack Hunt, to improve the university and the field of aviation.

“Throughout my entire life, I always had this vision of contributing in some way to improve the field of aviation,” he says. “I think Jack would be proud of me.”