A Gift for All Nations 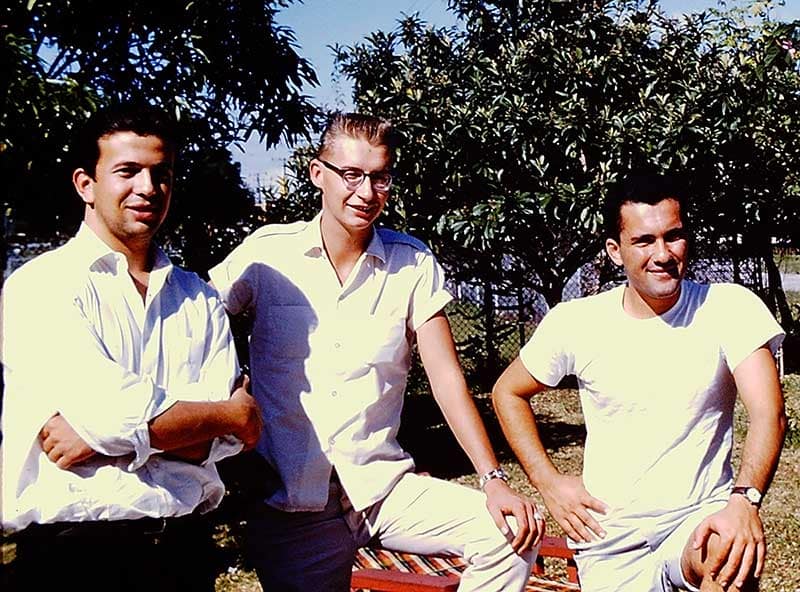 Growing up in a small farming community in Massachusetts, Sid Mann discovered a whole new world as an Embry-Riddle student in the 1960s.

“I was dropped in the big city of Miami,” he recalled. “I found myself living with students from Beirut, Lebanon and Athens, Greece. It was kind of a mini United Nations.”

Fifty years later, Mann, has many fond memories of his time as a student, but one tragic event sparked a recent gift to Embry-Riddle.

While studying at Embry-Riddle, a flight student from Lebanon, who Mann knew as “Eddie,” shared a house with Mann and another student from Greece for five months. After the Christmas break, they all found other housing, but Mann heard Eddie was sick with scarlet fever and visited him once in a Miami hospital.

I wanted to do something, because I thought well of Eddie and was sad he was no longer with us. I thought the donation might help a foreign student here now, who has no network or family nearby to help them.

Shortly thereafter, he was shocked to learn that Eddie died on Jan. 29, 1961, of a misdiagnosed ruptured appendix. Mann said he thought about how sad it was for Eddie’s family to have their son die alone so far from home.

“Eddie was such a nice guy, and he had a quick smile,” Mann said. “In addition to English, he spoke Arabic and French, which amazed me. He would have had a brilliant career because he had the aptitude.”

After completing his Airframe and Powerplant training, Mann spent a few years as an aircraft mechanic, but he soon returned to Massachusetts to help out at his family’s lumberyard. He married, raised three sons and became manager of the family business, eventually retiring to Sarasota, Florida.

But he always remembered Eddie and decided one day to try to find out more about his former roommate. With the help of a Sarasota librarian, he found Eddie’s proper Arabic name, which was Adnan Mohamad Mekkaoui. That discovery led to records revealing where Mekkaoui was buried in Lebanon and an address for Mekkaoui’s family. Unfortunately, there was no longer a house at that address.

Still, after finding out more about his old friend, Mann decided he wanted to do something to honor his memory. He decided to make a gift to the Daytona Beach Campus Patron’s Scholarship Fund, in memory of Mekkaoui, to help current international students.

“I wanted to do something, because I thought well of Eddie and was sad he was no longer with us,” Mann said. “I thought the donation might help a foreign student here now, who has no network or family nearby to help them.”

Mann, now 76, looks back on his time at Embry-Riddle as transformative and a rare opportunity to meet people from around the world, who shared his love of aviation.

“I made the right choice to advance my education and life experience,” he said. “My Embry-Riddle experience was a very valuable asset in understanding life, people and myself over the years.”

Mann said he still hopes to do one more thing in honor of his old friend.

“I would like to decorate his grave in Lebanon with flowers and the flags of our countries.” he said. “It may be 56 years late, but better late than never.”