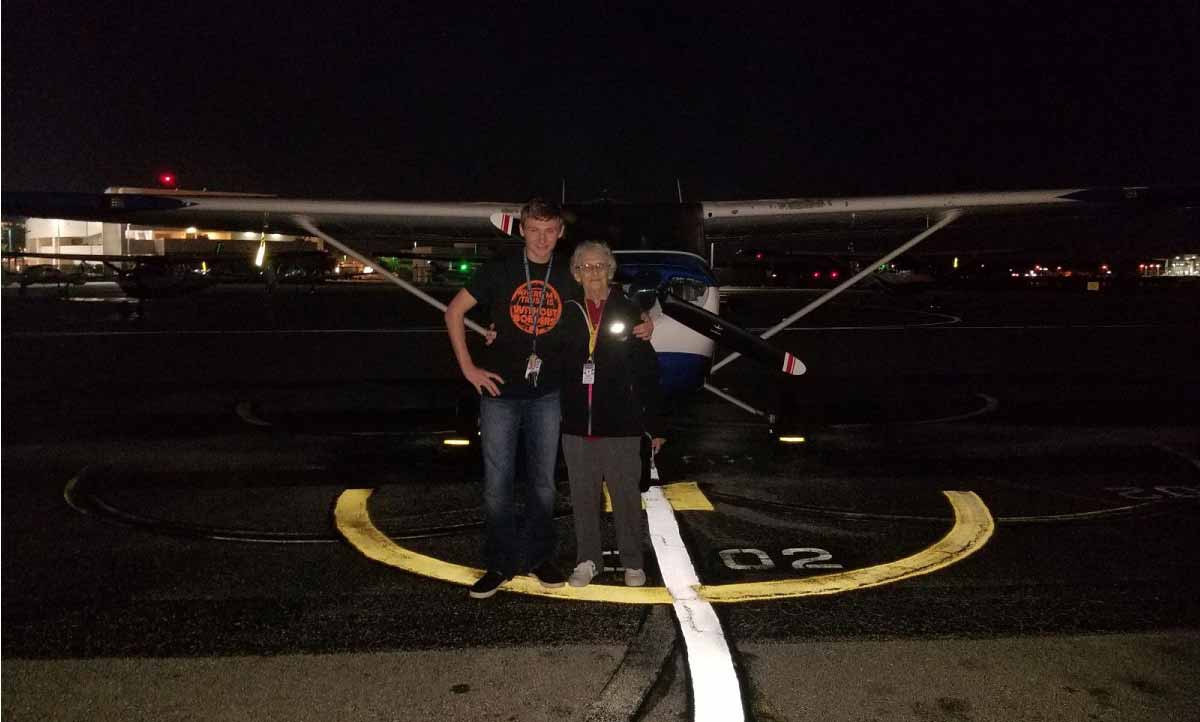 For Embry-Riddle student-pilot Adlynn Lay, taking his 91-year-old great-grandmother, “Grammy Cracker” (Anna Duncan), for a recent airplane ride was an honor that allowed him to combine two of his greatest passions: aviation and family.

Adlynn, a sophomore flight student working on his instrument rating, had brought his mother, Amy Lay, on several flights before as an observer, but this was a first for Grammy Cracker, who lives in Pennsylvania and was new to campus. “She didn’t seem nervous during the experience at all,” Adlynn said. Instead, she was excited: After getting clearance through the Flight department, it was all she talked about for days before takeoff. 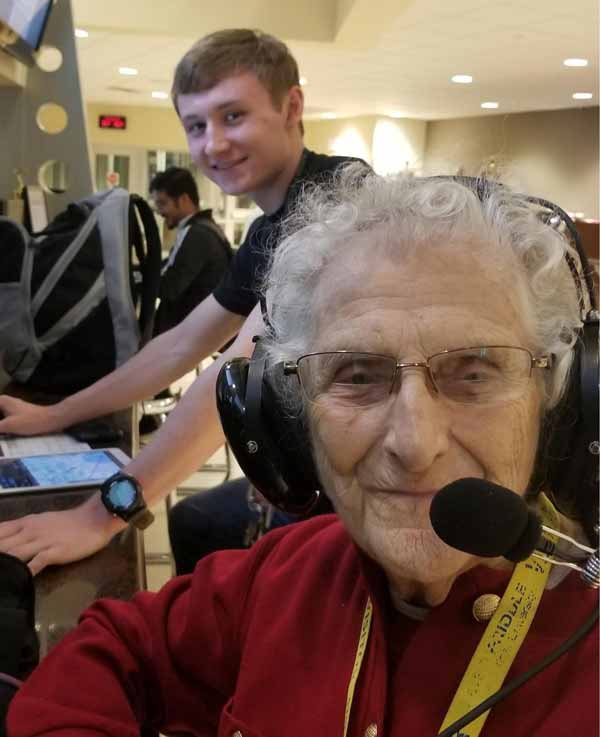 Together, Adlynn and Grammy Cracker conducted pre-flight checks. They strapped in, put on their headphones, and it was wheels up.

“It’s so special to take a great-grandmother along with you,” Adlynn said, especially one as energetic, positive, and curious as Grammy Cracker. “She was amazed at the smoothness of the flight and didn’t know which way to look — each view was so nice to her!”

Grammy Cracker peered out through the night sky as she picked Adlynn’s brain for “pilot tips,” and Adlynn remembered all of the times that she had supported him throughout the years. Now, he was supporting her, carrying her through the sky before bringing them both back down, gently, onto the flight line. Neither would soon forget the time they spent together in that cabin.

“It’s a lifetime experience for her, and it was a privilege for me,” Adlynn said. “There was hardly a bump in the sky that evening.”