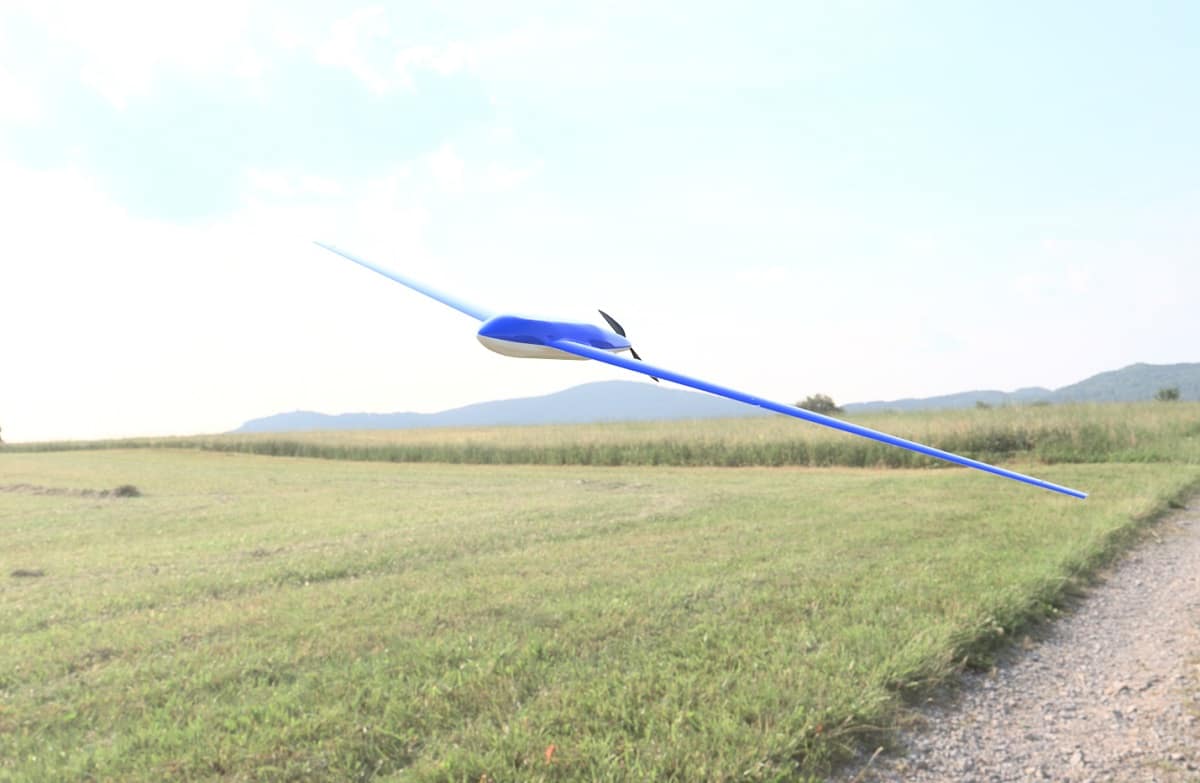 Untamed Aero Solutions, a client of MicaPlex tenant Censys Technologies, will use this UAV for approved "beyond visual line of sight" operatio​ns, to help assess the health of Florida sugarcane fields.

Censys Technologies Corporation, a high-tech startup firm in Embry-Riddle’s John Mica Engineering and Aerospace Innovation Complex (MicaPlex), has added seven jobs over the past year, and it also recently achieved an important milestone in the development of unmanned aerial systems (UAS) technology.

Founded by Embry-Riddle alumni Trevor Perrott, Payal Chaudhari and John Lobdell, Censys Technologies joined the MicaPlex – the centerpiece of Embry-Riddle’s Research Park – as an incubator tenant in early 2017. Since then, Perrott reported, the company has added five Embry-Riddle interns, a chief financial officer, a full-time salesperson, and has become the first company to graduate from incubation to tenant partner at the MicaPlex.

As of January 2018, the FAA had issued only 13 BVLOS waivers, and the eighth was granted to the Untamed Aero Solutions / Censys Technologies partnership.

Perrott said that Untamed Aero Solutions will use Censys Technologies’ Striped Manta drone to complete an agricultural survey of sugarcane fields south of Florida’s Lake Okeechobee. Specifically, Langlois and his team will capture multi-spectral images to help assess the health of the sugarcane crop and give local farmers recommendations to boost their yields.

Aerial inspections of farmland and infrastructure such as oil pipelines offer efficiency, Perrott explained. Yet, traditional UAS called quadcopters can only fly relatively short distances within the operator’s line of sight. Manned aircraft and satellites can fly farther but they cost more, and “there is a sacrifice of image resolution and relevance in many cases,” he said.

To offer a better solution, Censys Technologies is developing long-range, high-efficiency UAS that can fly beyond the operator’s line of sight.

Currently, the company has been flight-testing drones that are tracked using automatic dependent surveillance-broadcast, or ADS-B technology, which will be an increasingly critical means of avoiding collisions, particularly once beyond visual line-of-sight drones become more commonplace. The company is testing its Sentaero and Striped Manta UAS platforms as well as a third product, the AeroScout, created for client company, Aerial Applications, a Pennsylvania-based provider of rapid drone-based maps and a MicaPlex tenant. Aerial Applications defined performance requirements for the new best-in-class mapping UAS, and partnered with Censys to co-create the AeroScout.

“We’re in a sales-growth phase, and Censys Technologies is now interconnected with several other firms that have ties to Embry-Riddle’s UAS programs,” Perrott said. “It’s an exciting time.”

Embry-Riddle Worldwide Assistant Professor of Aeronautics Brent Terwilliger, program chair for the Master of Science in Unmanned and Autonomous Systems Engineering (Online) said that Censys Technologies’ efforts have been impressive: “This is a great example of applying collective knowledge and experience, shaped by their time at Embry-Riddle, to develop an innovative and much-needed solution in the UAS space. They have already leveraged connections across our campuses to help support an Embry-Riddle Worldwide graduate student, Ryan Langlois, in the development of his own FAA-approved beyond-visual line of sight UAS operation. Their collaborative nature showcases that spirit of enterprise and industriousness that drives successful technological advancement.”

Terwilliger noted that Embry-Riddle launched the first Unmanned and Autonomous Systems Operations program in the nation, in 2011. “Today,” he added, “we’re the single largest UAS educator in the world, with more than 1,500 students enrolled in our UAS programs.”