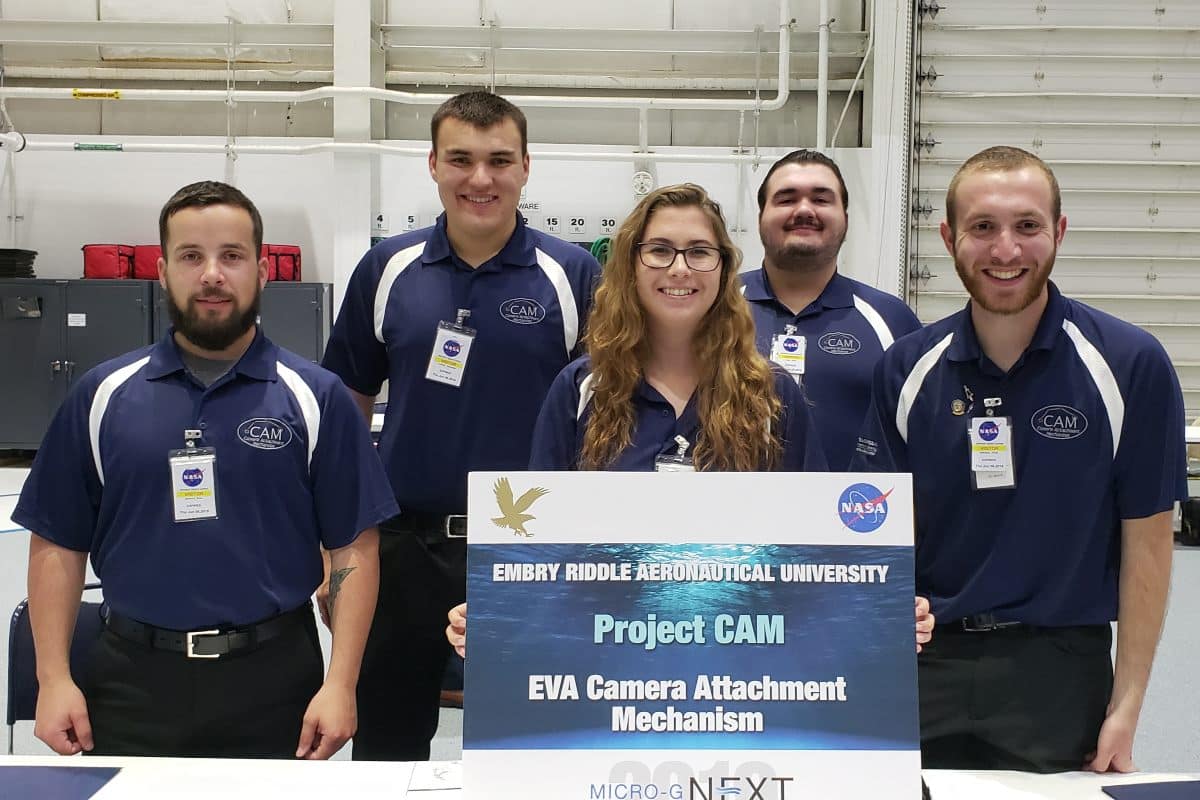 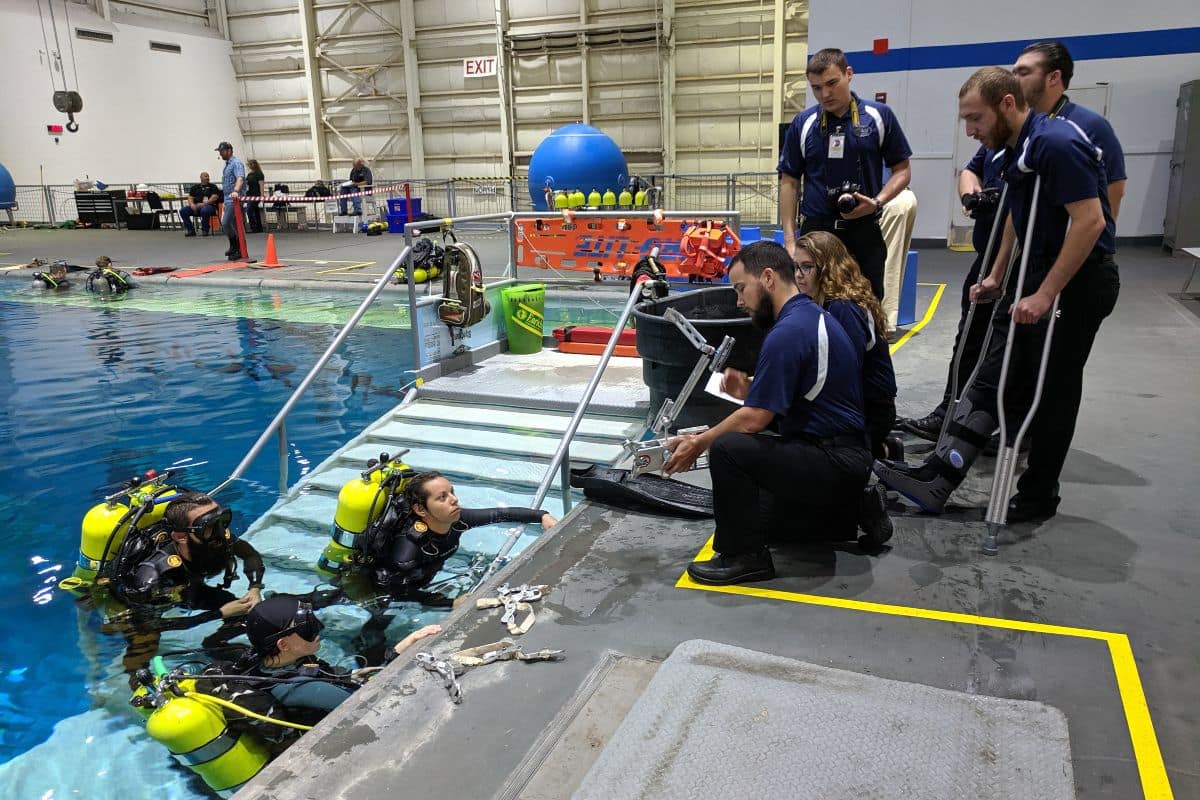 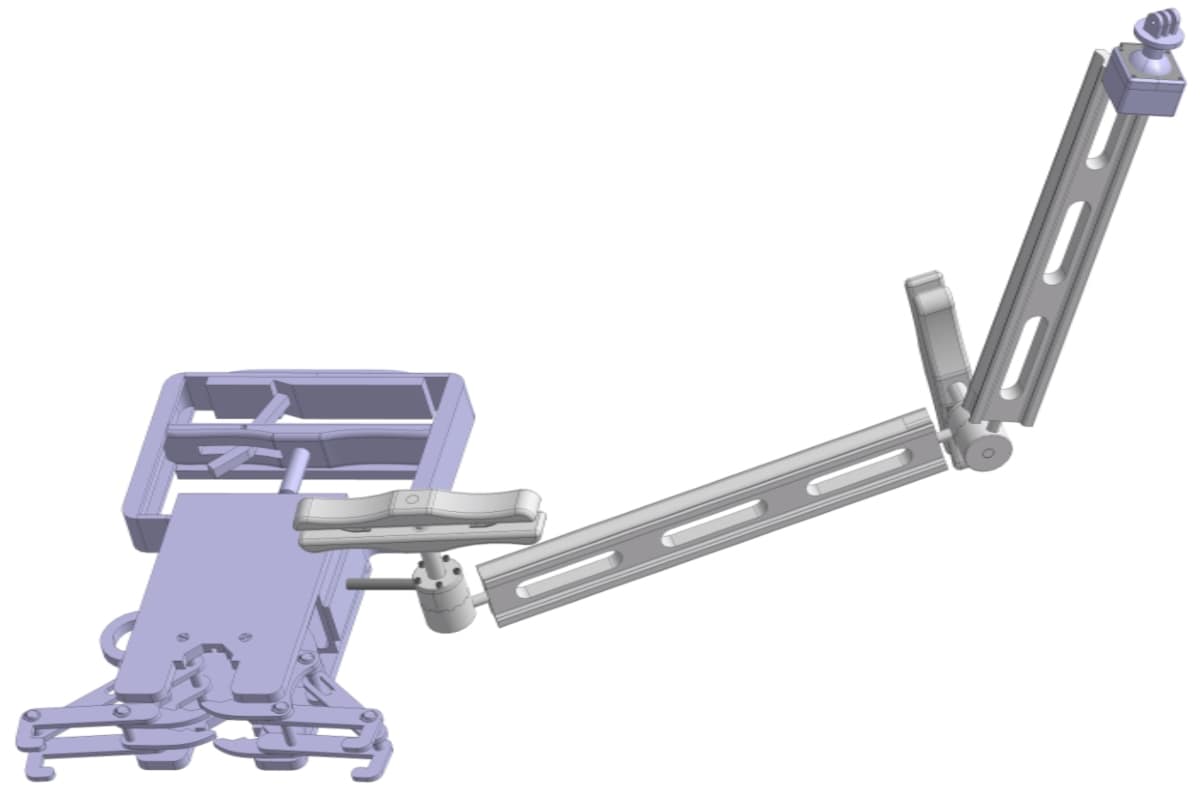 A team of seven Aerospace Engineering students at Embry-Riddle Aeronautical University’s Prescott campus has designed and produced a camera attachment system for the International Space Station (ISS), and were selected to participate in NASA’s Micro-G NExT challenge in Houston, TX in early June. Project CAM (Camera Attachment Mechanism) was devised by the student team to assist astronauts venturing into the vacuum of space by providing additional camera coverage during Extra Vehicular Activities (EVA) beyond standard helmet camera attachments, which provide limited views of EVA to mission control.

The team was invited to NASA’s Neutral Buoyancy Lab in Houston to demonstrate Project CAM’s functionality in a testing pool designed to simulate the zero-gravity conditions of space. The challenge also included collaboration with NASA engineers and astronaut candidates to gain feedback on their system’s design.

"The highlight was being able to test our design after two semesters of preparation,” said Project CAM Team Lead Daniela Baroni. “We learned how to work with a team and create a design that can be fabricated on schedule, and have an outside person test it underwater with five minutes of briefing time. Meeting real astronaut candidates was really cool, too.”

The Prescott Campus team was one of two Embry-Riddle groups to take part in the Micro-g NExT challenge. From The Daytona Beach Campus, Dr. Ryan Kobrick’s students tested their STAR (Specialized Tool for Astronaut Recording) underwater at NASA’s Neutral Buoyancy Lab.

The Project CAM team, led by Baroni and included students Philip Elterman, Sean Pendergast, Alex Lubiarz, Ryan Bertucci, Aidan Moore, and Sean Rager, created an attachment system that mounts to three different ISS surfaces. The design proposed by the team was divided into two subsystems: the Arm, which held the camera provided by NASA; and the Base, which contained the attachment mechanism.

“After briefing the diver to use CAM, [we] moved to the mission control room to give further instruction while the diver was in the pool,” said Baroni. “Testing was successful. The diver was able to use CAM to attach to all three interfaces while wearing the EVA glove, and operated the joint handles on the arm to reposition the camera. The diver provided useful feedback on how to improve our design for future iterations.”

As the Micro-G NExT event is a challenge and not a competition, no placements for the team were given. However, should NASA be creating a camera attachment systems for ISS in the future, they may use portions of CAM in their final design.

“Project CAM was a wonderful experience that my team and I will always remember,” said Baroni. “Thanks to Dr. Kaela Martin and Prof. Rick Mangum, we learned to work as a team by focusing on everyone’s strengths, learning how to communicate between each member, and designing something that will meet outside requirements.”