Wings Out West Airshow Coming to City of Prescott Oct. 5 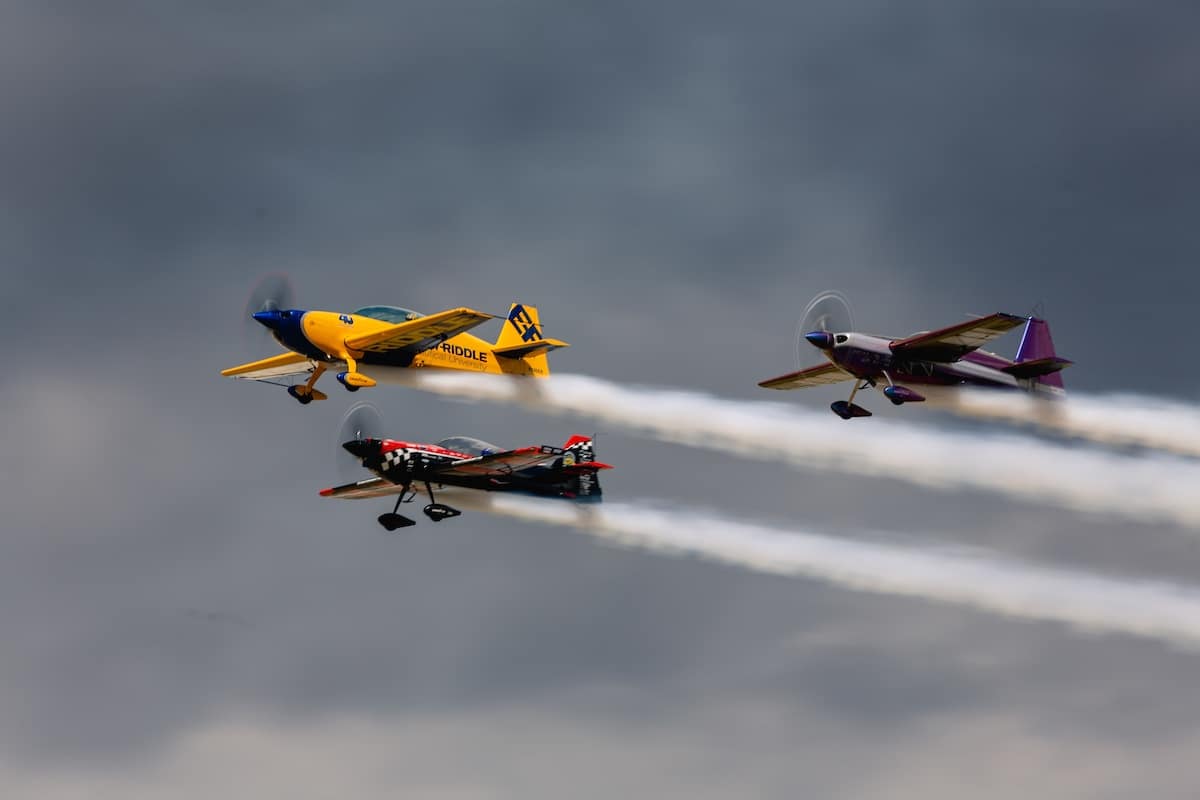 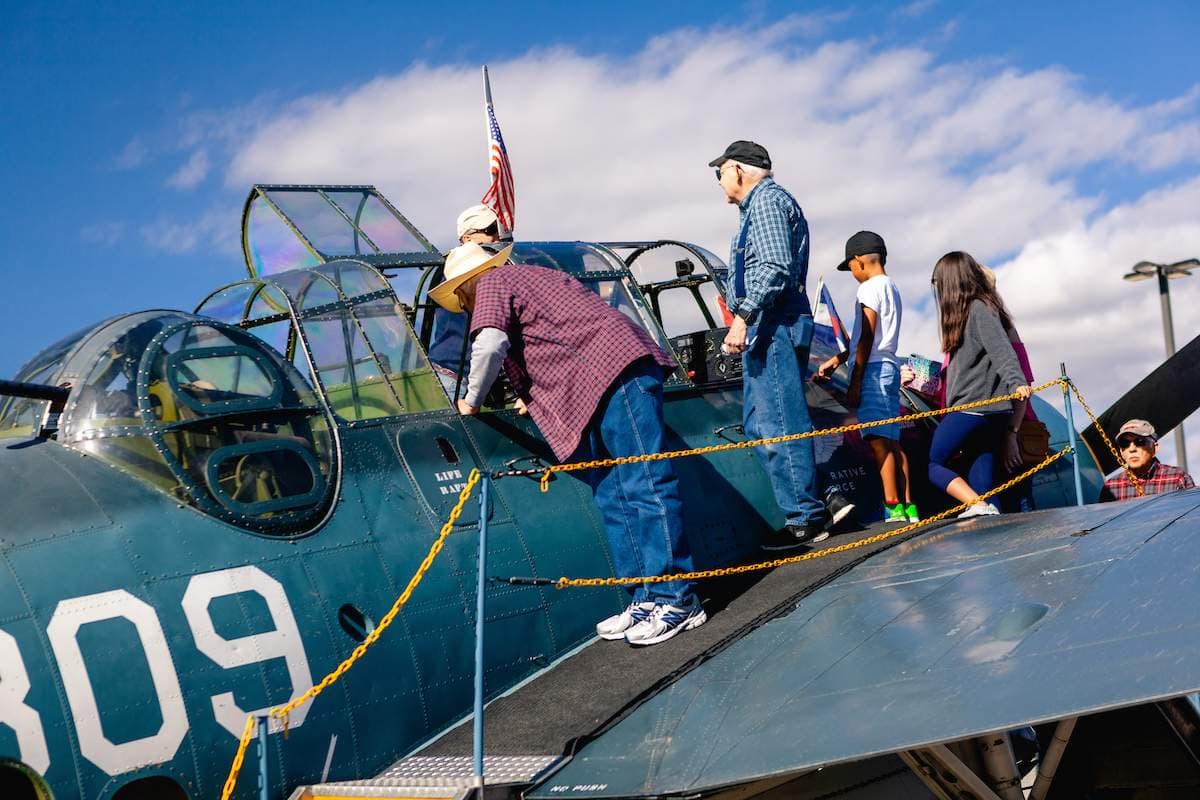 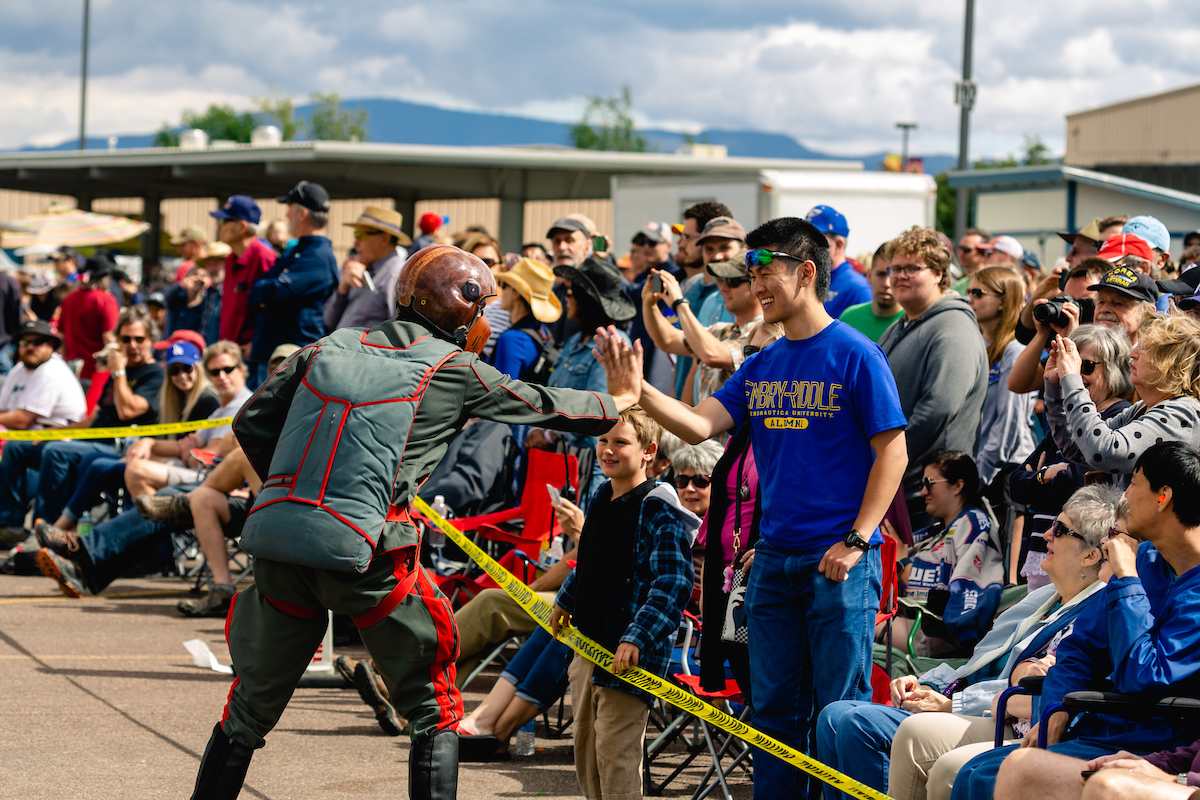 For the third straight year, Embry-Riddle Aeronautical University and the City of Prescott will co-host the Wings Out West Airshow, featuring an aerial demonstration, a variety of static military and civilian aircraft displays, and an aeronautical tech fair at Prescott Regional Airport, Ernest A. Love Field. A variety of food vendors and concessions will also be on site.

Headlining this year’s show for the third consecutive year is Embry-Riddle airshow pilot Matt Chapman. This will be the final performance for Chapman in Prescott, who will retire at the conclusion of the 2019 airshow season. Attendees will enjoy additional performances from Bill Stein, Rob Holland, Kent Pietsch, Cindy Irish, Vampire Airshows, The Liberty Jump Team, and Embry-Riddle’s own 12-time national champion Golden Eagles Flight Team.

A B-17, B-25, and C-47 aircraft from the Commemorative Air Force— along with an AH-1 Cobra attack helicopter from the Army Aviation Heritage Foundation will offer rides available for purchase.

Embry-Riddle and the City of Prescott are honored to welcome Lt. Col. (RET) Dave Hamilton as the guest of honor. Lt. Col. Hamilton is the last living Pathfinder pilot who flew on D-Day. He will be joining the Wings Out West celebration upon his return from England and France where he attended ceremonies honoring the 75th anniversary of the D-Day invasion and its veterans. Lt. Col. Hamilton has received four Air Medals, nine stars on his ETO campaign ribbon, two Presidential Unit Citations, Military Order of William from Holland, and was awarded the French Legion of Honor Medal. In recognition of the 75th anniversary of D-Day, a historic C-53 aircraft named "D-Day Doll" will fly and be on static display at this year's show.

“We are so excited to once again partner with the City of Prescott and welcome our community to the Wings Out West Airshow,” said Embry-Riddle Chancellor Dr. Anette Karlsson. “We love being a part of this community and we really want our friends and neighbors to get to know us, our amazing students, our alumni, and our world-class faculty and staff.”

Gates at Prescott Regional Airport will open to the public at 9 a.m., with the aerial demonstration taking place from 10 a.m. to noon. Admission and parking will be free. Limited parking will be available at Prescott Regional Airport.  Attendees should enter the airport at the Deep Well Ranch roundabout (Highway 89). There will be ample signage and personnel directing traffic to designated airport parking areas. Additional parking will be available at The Heights Church located off Larry Caldwell Drive (Highway 89A).  Shuttle service will be available to the event. For additional information about parking, including maps and more detailed airport information, go to www.PRCAirport.com.

“We are pleased to continue the Wings Out West partnership with Embry-Riddle for the third year in a row,” said Prescott Mayor Greg Mengarelli. “We truly appreciate this partnership in bringing a world class air show to the citizens of Prescott.”

Mengarelli added that 2019 has been another notable year for Prescott Regional Airport. “The first year of essential air service with United Express, operated by SkyWest Airlines, we had over 26,000 enplanements (boardings), and over 53,000 total passengers,” he said. “We will be breaking ground soon on the new passenger terminal as well, and are expecting it to be operational by late Fall 2020.”

For additional information on Wings Out West performers, visit: http://prescott.erau.edu/octoberwest/wings-out-west-airshow/index.html.