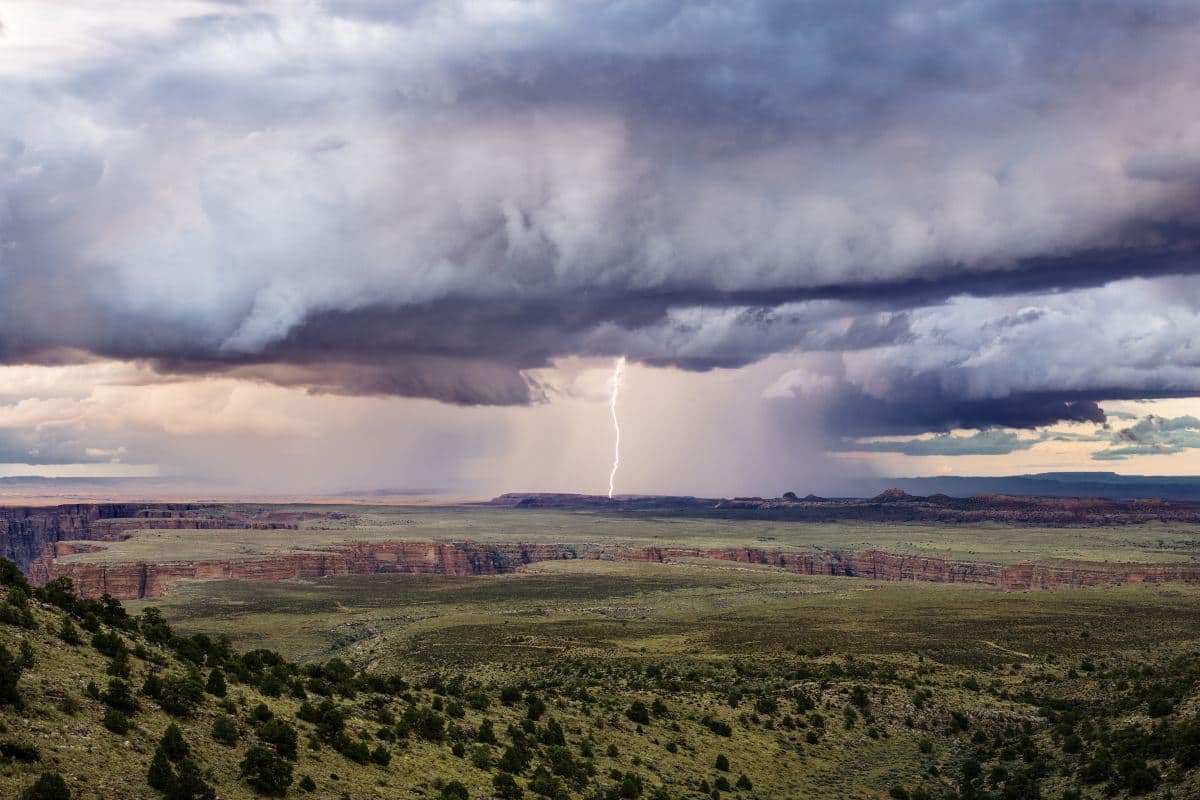 Although June 15 is often referred to by the National Weather Service as the start of the Arizona monsoon season, the meteorology department at Embry-Riddle Aeronautical University’s Prescott campus is predicting a delayed start to the annual summer rainy season.

The term monsoon simply means “a seasonal reversal of the wind.” For most of the year, the prevailing winds in Arizona are out of the west, which ushers in the very dry air and very low humidity associated with the desert climate. However, in the summer, the prevailing winds turn to more of a southerly direction, bringing warmer, increasingly humid air. When that humid, buoyant air is heated by the intense desert sun and subject to additional lift by the surrounding mountains, thunderstorms often form during the afternoon hours.

In northern Arizona, monsoon storms typically start around or just prior to the July 4th holiday. But cooler waters currently in the Gulf of California (where most of the moisture needed for these storms originates) will likely delay the start of the Arizona monsoon. Additionally, the ongoing “El Niño” is also known to delay the start of our summer rains.

“The good news for those that love precipitation is that the warmer water southwest of California might support more hurricane activity later in the summer and fall (August-October), so the monsoon might start with a whimper but end with a bang,” said Dr. Mark Sinclair, Professor of Meteorology.

Another factor that may contribute to a slow start to monsoon precipitation is residual late-season snowpack and the moist state of the ground following an unusually wet May. Monsoon precipitation typically commences when mid-level high pressure moves to a location near the Four Corners. To build that high-pressure system, strong solar heating is needed; however heating is reduced when some of the sun’s energy is being used in melting high elevation snow and evaporating moisture rather than warming the atmosphere.

“My best estimate for the onset of monsoon precipitation would be some time after July 10, about a week or two later than normal,” said Sinclair. “This is an educated guess based on past start dates, which have ranged from late June through late July.”