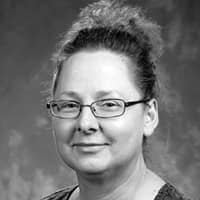 It’s been a busy two years for Embry-Riddle’s archivist, Kevin Montgomery, as he’s scoured the university’s substantial collection for historical items to illustrate the 50th anniversary of the university’s 1965 move to Daytona Beach, Fla., and the 90th anniversary of its founding in Cincinnati, Ohio. His successful search for materials to support the recent celebrations was made possible by the University Archives that he helped establish in 2003.

“Before then, things were falling through the cracks,” Montgomery said. “Challenges we had to overcome included a 1950 hurricane that destroyed materials in South Florida, and the loss of some items during the move to Daytona in 1965.”

Although the University Archives is located at the Daytona Beach Campus, the office serves the entire university community of employees, students, alumni and the general public. In addition to housing thousands of photographs and documents from Embry-Riddle’s 90 years in Cincinnati, Miami, Daytona Beach, and Worldwide Campus locations, the Archives is also home to documents of the Hazy Library Special Collections from the Prescott Campus.

New items are processed daily in Montgomery’s office, where the climate control is set at 70 degrees and 37 percent humidity to preserve film and paper. Despite the usual backlog, Montgomery always welcomes donations of material pertinent to Embry-Riddle history such as documents, photos, audio and video recordings, memorabilia and other artifacts from any source, typically from alumni or their families, but also from faculty and staff.

Montgomery emphasizes the importance of passing along the provenance of each item. “The origin and history of a piece greatly determines its value and its significance in the archives,” he said.

For example, displayed in his office is a battered khaki pith helmet he believes may have belonged to Len Povey, the executive vice president of Embry-Riddle’s four South Florida flight schools where 19,000 American and British Royal Air Force pilots trained during World War II. Povey was also the man credited with inventing the world-famous aerobatic maneuver, the “Cuban Eight.” The helmet is covered in signatures, some smudged beyond legibility, the identities of the male and female signers mostly unknown.

“This helmet symbolizes an archivist’s frustration — an intriguing artifact whose full story has been lost,” Montgomery said. “We don’t know for sure whether the helmet was Povey’s, and we don’t know the reason for the signatures.”

The oldest and most significant artifacts from the University Archives are on permanent display in the Jim Henderson Welcome & Administration Center at the Daytona Beach Campus: the flying helmet, goggles and scarf of James Howell Douglas, an Embry-Riddle instructor pilot and air mail pilot in the late 1920s. The items were donated by Howell’s daughter Mary through the Prescott Campus.

It is thanks to donors like Mary Douglas Robertson, employees and alumni that the University Archives continues to grow. “It is only through these donations of historical memorabilia that we are able to fill in the gaps in our understanding of our past and to preserve the history of Embry-Riddle for all to enjoy and learn from,” Montgomery said.

The archival material often generates interest from alumni associated with all three campuses and their families, according to Montgomery, who said many of them want to pore over yearbooks and the early Embry-Riddle newspapers, Fly Paper and Jet Stream.

While most people associate an archival collection with the distant past, it’s also important to remember that history is made every day. Currently Montgomery is coordinating with the Embry-Riddle Worldwide Campus in Singapore, which was established in 2011, to collect its official documents of incorporation and operation. “Our archives is relatively rare in that it combines the functions of a corporate repository with the traditional academic responsibilities of a university archive,” he said.

The University Archives has many missions — to preserve the university’s history and to make it accessible to students, staff and faculty; to support university development by providing historical perspective when appropriate; and to serve as the official repository of university corporate records.