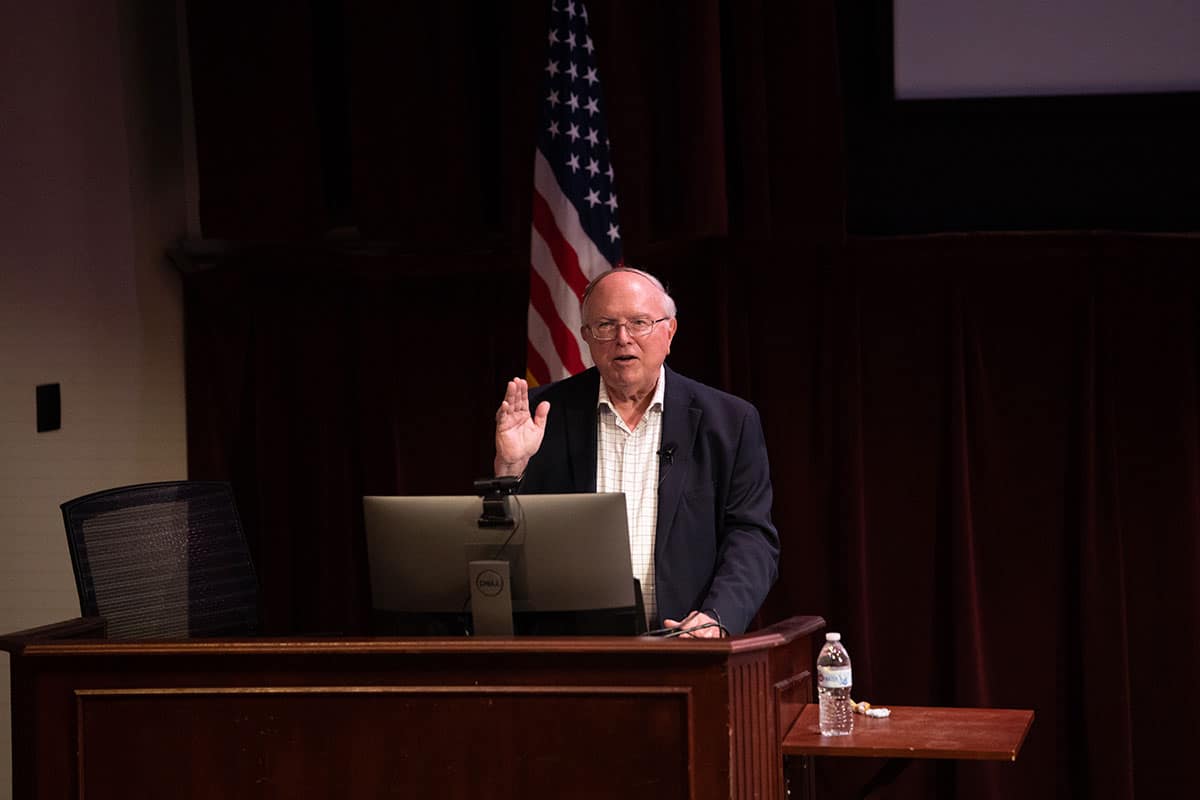 Dr. Paul Bevilaqua, who, as the chief engineer of Lockheed Martin's Skunk Works, helped invent the F-35 Joint Strike Fighter in 2001, recently visited Embry-Riddle Aeronautical University and shared advice with aspiring engineers as he recounted the story of how the aircraft system was developed.

The Joint Strike Fighter, which won the Collier Trophy — awarded annually for the greatest achievement in aeronautics or astronautics in America — and was adopted by all three main branches of the U.S. military, was the first aircraft to fly supersonically, hover and land vertically in the same flight. Its lift fan propulsion system was considered revolutionary.

In a presentation hosted by the Embry-Riddle College of Engineering, Bevilaqua explained some of the practices that allowed his team to accomplish its goals.

The Wright brothers followed five valuable steps, Bevilaqua said. They started with a “skeptical” study of relevant literature, used innovative thinking (to realize that an airplane could be controlled by wing warping), engaged in constructive debate among themselves, conducted systematic testing (involving wind tunnels, kites, gliders and, finally, airplanes) and relied on teamwork (their designs were actually built by mechanic Charles E. Taylor).

Understand the Problem You Are Trying to Solve

Understanding what steps are required to obtain a solution is crucial. To design the Joint Strike Fighter to accomplish its military mission, Bevilaqua’s team realized they first needed to figure out how to extract power from the aircraft’s rear engine, transfer it to the front and turn that power into thrust. Bevilaqua pointed out that not understanding a problem can lead to ideas that are not the ideal solution. As an example, he joked that a person could go to great lengths to drill through a piece of steel in order to affix something to it when Velcro tape might accomplish the same goal.

He said this is especially true today, when every variation of a design can be tested with computer simulation. Simulating every possibility can lead to “analysis paralysis,” Bevilaqua added. At a certain point, it’s time to build and then test, he said.