The Sky’s No Limit 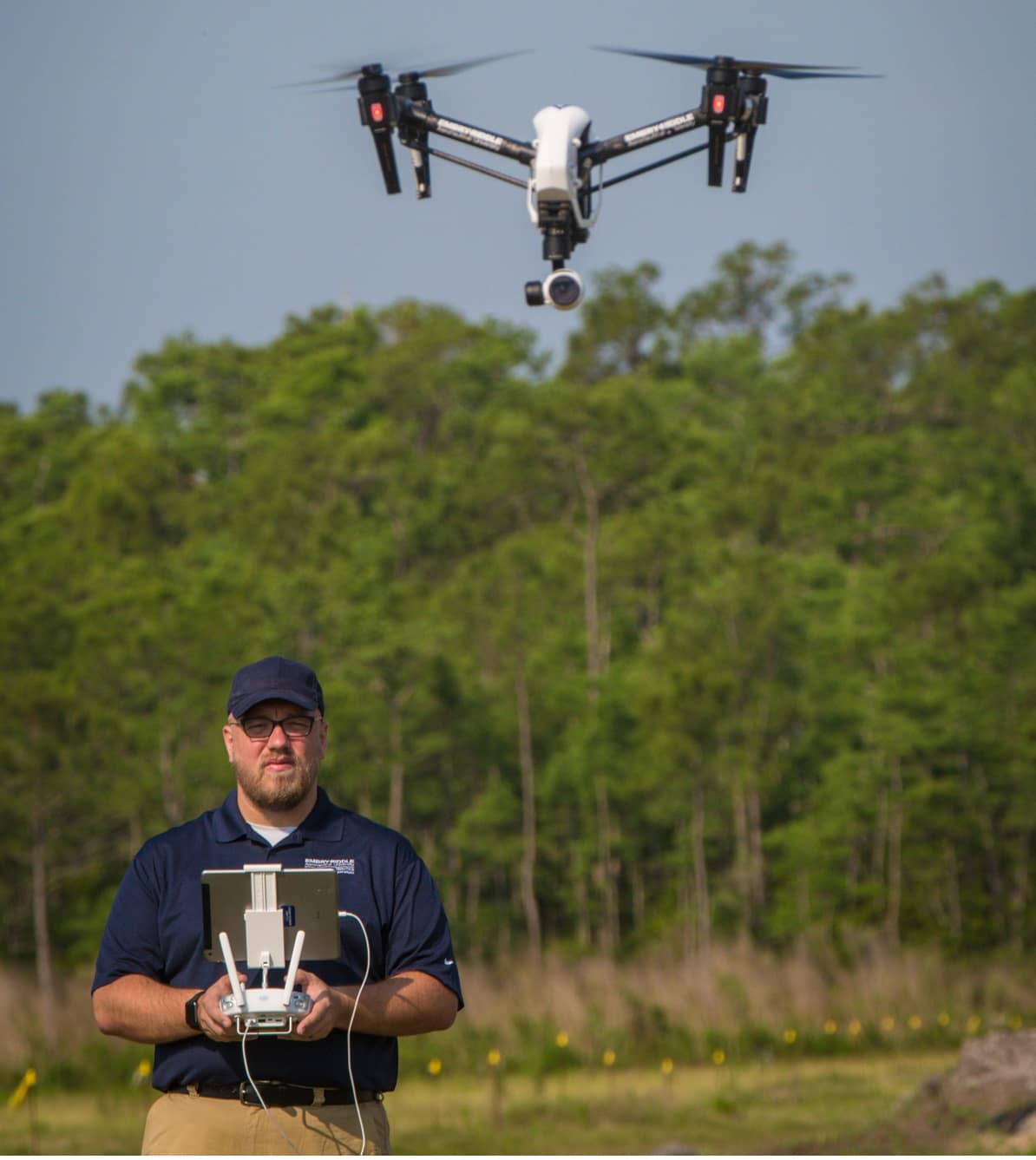 As unmanned technology develops at lightning speed and news feeds increasingly feature reports of drones encroaching on U.S. airspace and sometimes even commercial aircraft, airports across the country urgently need guidance, tools and a road map to provide users and customers with a safe, secure operating environment.

Terwilliger – an Embry-Riddle Aeronautical University Worldwide assistant professor of aeronautics and program chair for the Master of Science in Unmanned Systems degree in the College of Aeronautics – investigates outreach and engagement efforts between airports and the unmanned aerial systems (UAS) operational communities.

“Understanding the environments where this technology presents some of the most significant technological and safety challenges, while establishing a clear path to disseminate research findings and recommendations, will be essential to realizing success,” he says. “By working with a well-rounded, connected and experientially diverse team at Embry-Riddle, we are able to bring unique perspectives and possible solutions to the table.”

His work is part of the 2017 Airport Cooperative Research Program UAS and Airports research project – a 10-month initiative approved in February 2017 and supported by $1 million in funding. Booz Allen Hamilton, a strategy, technology and engineering management consulting firm, serves as the project lead, with Embry-Riddle providing key support as a subcontractor. Richard Stansbury, an associate professor and unmanned and autonomous systems engineering master’s program coordinator at Embry-Riddle’s Daytona Beach Campus in Florida, serves as the university’s primary investigator on the project, while Terwilliger leads stakeholder engagement efforts and more.

Embry-Riddle’s contributions will help describe best practices for the safe, responsible management of UAS operations near an airport, and how best to engage stakeholders and incorporate UAS into airport infrastructure and planning. Researchers will also look at the potential use of UAS by airport operators and update existing UAS research materials.

Being able to explore the space beyond what is known drives Terwilliger’s passion for his research, which has included extensive work in UAS development, teleoperation, situational awareness, human-machine interfaces, simulation and other unmanned disciplines.

“I have an inquisitive mind and I am most happy when pondering challenges, technology and potential solutions,” he says. “Research provides a structured and focused outlet to explore ideas, concepts, problems and possible effects.”

No Stranger to Aviation

The son of a U.S. Air Force recruiter, Terwilliger was introduced at a young age to recreational radio-controlled (RC) aircraft, air shows, aviation museums and aviation-themed and RC modeling books. His passion for unmanned technology emerged while he was an Embry-Riddle undergraduate and graduate student. After graduation, he worked for more than 10 years in aviation and aerospace – leading integration testing, simulation and training development – and he developed documentation as a software/test engineer at Rockwell Collins Simulation and Training Solutions and ENSCO, Inc.

Named Embry-Riddle Worldwide Campus Faculty Member of the Year (2013-2014), Terwilliger served as the lead for the Real World Design Challenge Development Team (2013-2015). He currently chairs the UAS subcommittee for the National Business Aviation Association’s Business Aviation Management Committee, and he sits on the editorial board for the Journal of Unmanned Aerial Systems.

Terwilliger leads or supports nearly a half-dozen other technology and UAS-centric projects for Embry-Riddle Worldwide. As one of the world’s first distance-learning academic platforms, with more than 125 campus locations in the United States, Europe, Asia and the Middle East and numerous award-winning online degree programs, Embry-Riddle Worldwide is leading the way in innovative solutions that embrace and incorporate research, Terwilliger notes.

While his day job in the unmanned systems realm keeps him focused on U.S.-based airspace, the self-described “super nerd” indulges in global travel to Europe, Mexico and the Caribbean. His intergalactic adventures have included dressing in costume for the 2017 Star Wars Celebration held in Orlando, Florida, with wife Mary, 4-year-old son Everett and 17-year-old daughter Rose (who plans to attend Embry-Riddle to study mechanical engineering).

He also stays connected to his fellow alumni, including his brothers in the Embry-Riddle chapter of the Delta Chi fraternity, who are completing construction of a new $2 million-plus house on the Daytona Beach Campus (Chanute Complex).

As Terwilliger looks to future research opportunities, he says the sky has no limits.