A cut-away view of the jet engine design displays the integration of the components designed by the Aerospace Engineering student team. The design earned the students second placed from the American Institute of Aeronautics and Astronautics (AIAA) Gas Turbine (Engine) Design Competition.

Similar to the engine in the Lockheed SR-71 Blackbird — known as the world’s fastest non-rocket powered aircraft — students adjusted the engine’s geometry to ensure their design functions like a ramjet. The engine design achieved fuel efficiency at both subsonic speeds (similar to conventional aircraft) as well as supersonic speeds (like a fighter jet). 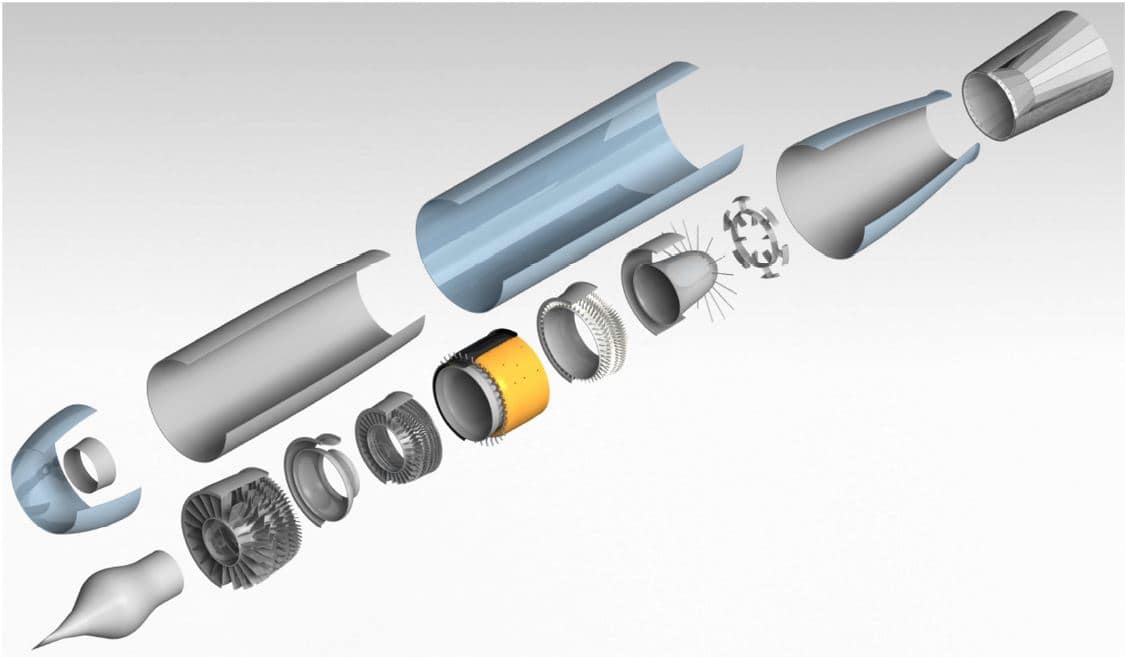 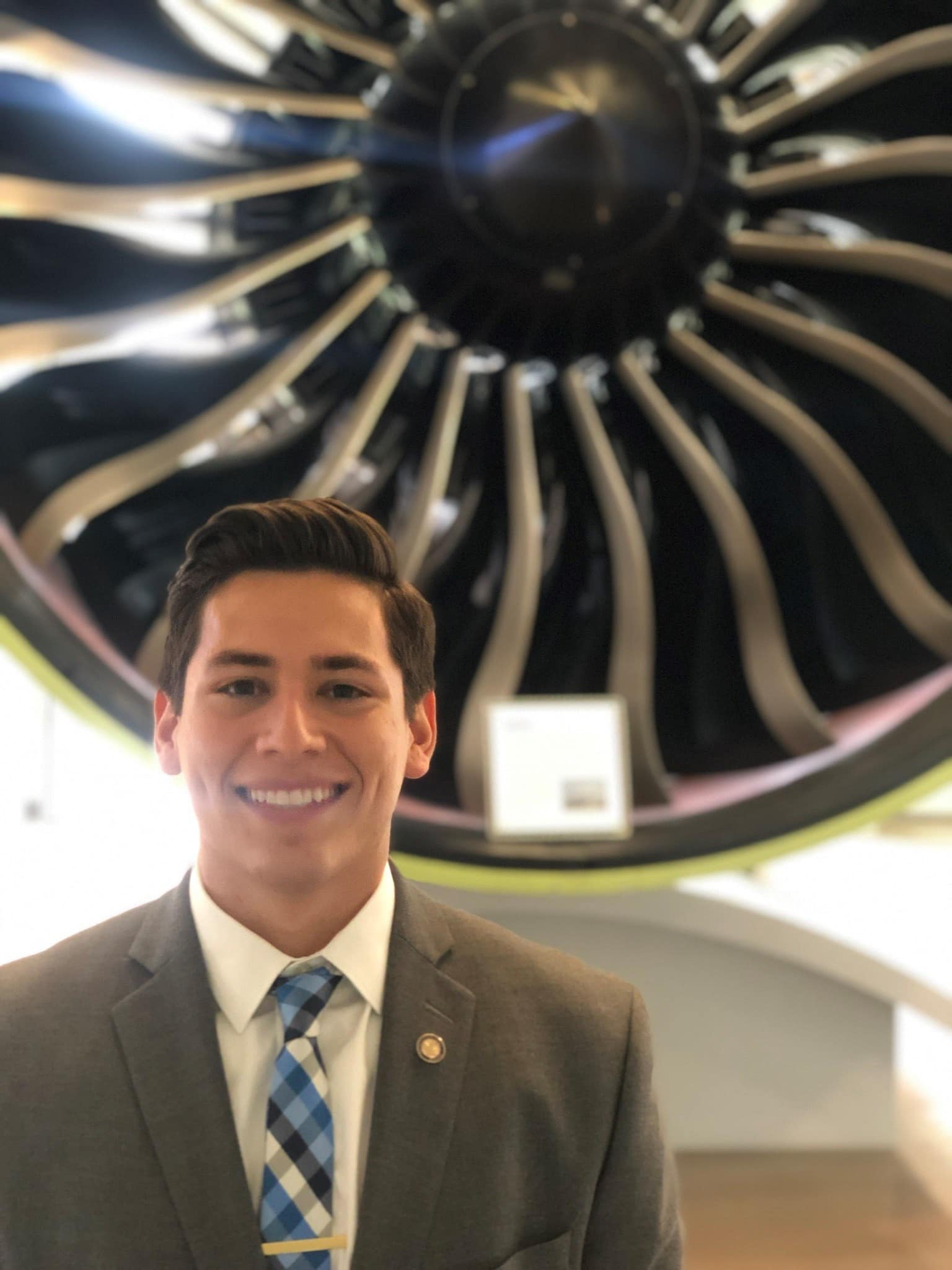 Aranda, the team lead, said the competition offered the group a unique experience that pushed them beyond conventional classroom lessons. “It gave us opportunities to network with industry and academic leaders as well as learn from other university competitors around the world.”

Students were required to respond to AIAA’s Request for Proposal — a common practice used by businesses and organizations to announce project requirements to help solicit proposals, or bids, for a service or asset. The AIAA requires students determine a hypothetical solution, test the hypothesis, evaluating its effectiveness and prepare a report that is reviewed by experts in the field.

The experience included overcoming hurdles typical of professional work environments, Aranda said. “We learned how to be flexible when the customer demands changed, which is something common that happens in the real world.”

Much like the rest of the world’s office workers, students found themselves contending with the university’s temporary pivot to online classes in March 2020. Teammates were suddenly split up and living in the U.S., Mexico and Pakistan.

It wasn’t long before they hit their stride, though, and made the best of their online collaboration.

“There is no doubt that COVID-19 played a big part on how we completed this design,” Aranda said. “Trust and time management was the key to our success.”