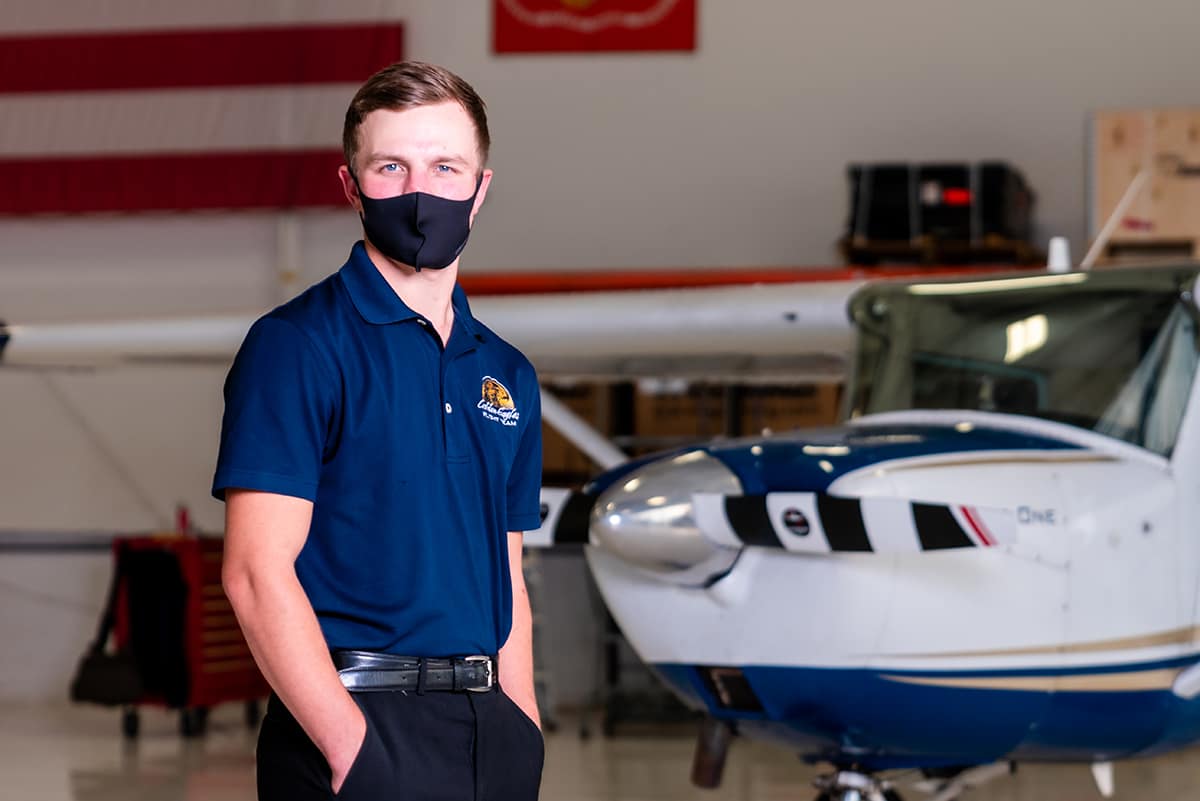 Douglas Niemela has worked summers doing everything from logging in Alaska to working construction in Arizona and Montana to pursue his dream to become a pilot.

“I am a person who knows what it is like to bust concrete with a sledgehammer for 16 hours straight and tear shingles off a barn roof in a Montana snowstorm,” says Niemela, an aeronautical science student at Embry-Riddle’s Prescott Campus in Arizona.

The first-generation college student says it’s been hard self-funding his education and flight training, but he is determined to achieve his goal. “I am a person who is going to be a pilot and nothing will stand in my way,” says Niemela, who is also a member of the campus’s Golden Eagles Flight Team.

Still, he was worried he would have to take a break from flight training to work, until he found out he was awarded the Wings Club Foundation Scholarship.

“I honestly could not believe it when I first was notified of the award. I can’t even explain the tremendous feeling of having such a burden lifted off of my shoulders,” Niemela says. “This will allow me to complete my training and hopefully get a job instructing for the school.”

The Wings Club Foundation and the university have a long history of partnership. Since 2002, the club has contributed $419,000, funding 32 individual scholarships.

“The Wings Club Foundation and Embry-Riddle Aeronautical University share a common goal to support the next generation of aviation leaders, and education plays a critical role in the competitive aerospace workforce,” says Thomas Fitzsimmons, executive director of The Wings Club Foundation. “The Wings Club scholarship programs support students pursuing a career in aviation and help create a lifetime of opportunities for these promising scholars.”

Traditionally, each fall, the Wings Club honors the scholarship recipients at a black-tie gala in New York City. There, the scholars are introduced to the club’s members, who have historically included astronauts, inventors, military leaders and aviators, and airline and aviation business executives.

“Wings Club Scholarships support our students in achieving their academic goals and introduce them to a legendary society of aviation leaders,” says President P. Barry Butler, who is a member of the Wings Club Board of Governors. “Thanks to the generosity of the Wings Club Foundation, our scholarship winners gain an early welcome into the ranks of aviation, aeronautics and astronautics innovators.” 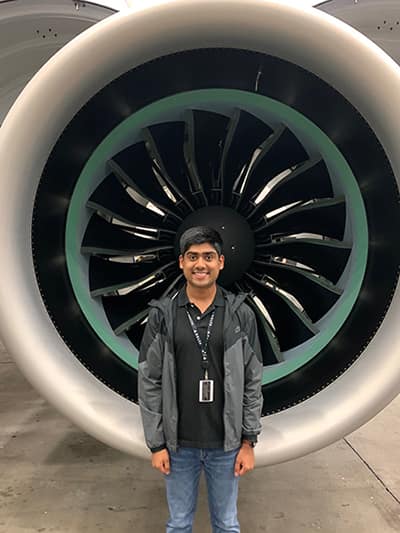 “The Wings Club scholarship will not only help me further my education, but it will also help me become a future leader within the aviation community,” Patel says.

Growing up in Tennessee with parents who emigrated to the U.S. from India, Patel says he was taught to work hard and follow his dreams. He discovered a passion for aviation at an early age.

“I had an obsession with planes and loved spending time at the airport,” he says. “After researching and touring Embry-Riddle in high school, I found out aviation business was a career option that fit both my passion and interests perfectly.”

During his time as a student at Embry-Riddle’s Daytona Beach Campus, Patel has gained experience studying abroad in Australia and interning in the network planning department at Delta Air Lines.

“I had an incredible experience,” he says. “I learned about why and how Delta flies to the destinations they do, as well as how an airline operates.”

Thanks to the Wings Club Foundation scholarships, Patel and Niemela are well positioned to attain their goals and lead the next generation of aviators.

Niemela says he’s grateful for what the scholarship is allowing him to achieve. “Becoming a pilot was the best decision I ever made, and I love every second of it,” he says.