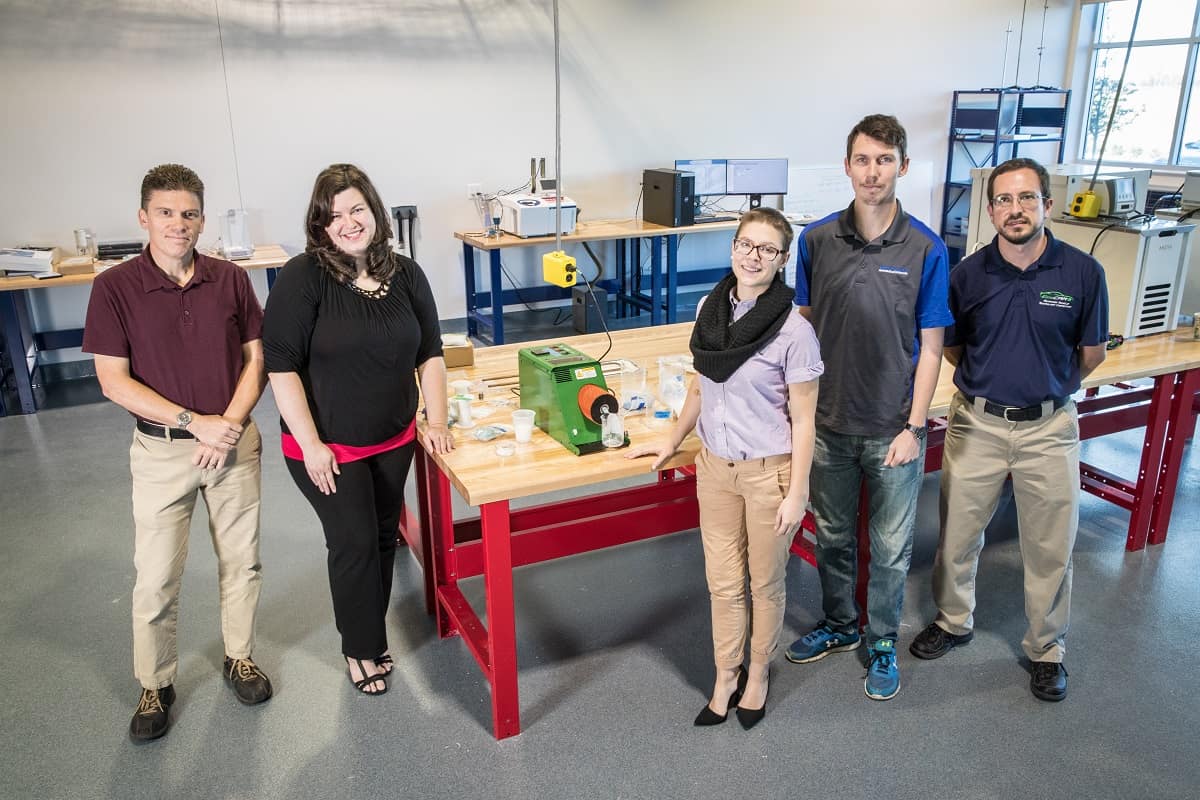 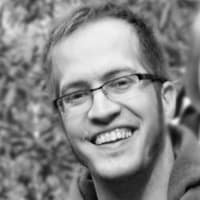 When run at their limits, batteries get hot.

It’s a reality that all hybrid and electric cars must overcome. Typically, they do so with complex cooling systems. The work of faculty and student researchers at Embry-Riddle Aeronautical University aims to eliminate the need for these complicated systems, making electric cars lighter and cheaper to manufacture.

Sandra Boetcher, associate professor of mechanical engineering, and her mechanical engineering students are conducting research into phase-change materials – compounds that can absorb large amounts of energy while maintaining a constant temperature. With implementation input from Associate Professor Patrick Currier’s EcoCAR team, Boetcher’s group – working in the newly built Thermal Laboratory at the John Mica Engineering and Aerospace Innovation Complex (MicaPlex) hopes to create something that’s light, cost-effective and easy to manufacture for many applications.

All batteries produce some heat when they’re in use, Currier says. The heat produced increases exponentially with the amount of power drawn from them, and the batteries can become not only inefficient, but also dangerously hot without proper cooling.

“When you buy a lithium-ion battery, the manufacturer directs all the heat to one side and you have to put on your own cooling device on it,” Boetcher says. “Typically people use an aluminum cold plate with liquid cooling – usually water mixed with ethylene glycol – basically antifreeze.”

An active water-cooling system like most carmakers use requires a fluid pump, heat exchangers, cooling fans, hoses and more, Currier says. Its complexity means many failure points. Boetcher wanted to innovate something lighter and simpler for the EcoCAR program, which led to a patent that bears her name along with other Embry-Riddle faculty.

Instead of using a system of heat exchangers and pumps to extract energy, Boetcher suggested a phase-change material (PCM) to absorb all the heat.

The PCM she’s using is an oil that is a waxy solid at room temperature, but has a low melting point in a precise range and a high specific heat capacity – the amount of energy required for a material to change from a solid to liquid.

When any compound reaches its melting point, it remains at that temperature until all the material has turned to a liquid. When using a PCM, it’s the changeover from solid to liquid that has the power to control temperature: “As long as you haven’t gotten past the melting point, you haven’t really degraded the material’s capacity. It’s the latent heat of fusion that’s magic,” Currier says.

PCM isn’t new, but it’s proved challenging to use to cool batteries because it turns liquid under use. For EcoCAR 3, the team purchased large battery modules and began looking for a method to extract the heat from them.

They melted a batch of PCM pellets and poured it into a tray cut from a solid block of aluminum. By combining different grades of off-the-shelf PCM, they made a custom batch that melts at the perfect temperature for the car’s needs – 45 degrees Celsius (113 degrees Fahrenheit). It’s topped with a rubber seal and another aluminum plate, completely containing the PCM inside.

This cold plate is lighter and simpler than a water-cooled system. “It doesn’t take any energy to run,” Currier says. “We’re not wasting power cooling things. This is a totally passive system, so unless it leaks, it can’t fail.”

The cold plate is sized to absorb the heat released by the batteries in nearly all scenarios. That heat radiates into the air, and a small, traditional water-cooling system acts as a fail-safe. The design was successfully tested in the EcoCAR 3 competition in desert temperatures in Yuma, Ariz. Boetcher and her collaborators have received a U.S patent for their PCM cold plate.

Boetcher and her students – Thomas Freeman, a master’s student in mechanical engineering, along with Tami Green and Sam Yaney, undergrads studying mechanical engineering – are looking to take PCM research a step further and make it 3D-printable. This is where the space and equipment in the Thermal Laboratory comes fully into play.

“What we’re trying to do with the new research is actually mix the PCM with HDPE [high-density polyethylene], which is the stuff they make milk jugs out of. It’s a plastic,” Currier says. “That way, when you heat it, it doesn’t turn into a liquid and go everywhere. It holds its shape.”

They dye the PCM blue so they can tell if the mixture is homogenous, but combining the materials has proved more difficult than melting them together, Green says. “We can’t just separately heat these two elements and hand-mix them. They have very different melting points, so we were trying to depress the viscous HDPE with a very, very liquid PCM. It just goes into suspension.”

By putting the plastic and the PCM into a filament extruder, the team has been able to create a string that’s a combination of the two materials. They’re using a differential scanning calorimeter to measure the new material’s melting point and specific heat capacity. Once they find the right combination of the two materials, that string will be fed into a 3-D printer.

“Because we can make it into a filament like that,” Currier says. “We want to 3-D print it. The idea, in essence, is to 3-D print a heat sink out of the plastic. When it gets hot, he explains, it would absorb the heat, yet it “won’t melt and run all over the place.”

Though EcoCAR has implemented it solely for battery cooling, Boetcher is pursuing many other uses for it. A weather station built by students involved with another project, the Solar Decathlon, will be placed on the roof of the MicaPlex to test the benefits of using the material in solar panels. “We built a prototype box to put PCM in and attached it to the back of solar panels,” Yaney says.

“These are all different projects, but whether it’s the Solar Decathlon or it’s EcoCAR, from my side of it, it’s the same thing: the fundamental application of phase-change materials,” says Boetcher. “In solar panels, for example, you can not only use the PCM to keep them at optimum temperature, but you can use a heat exchanger to extract that waste heat for things like domestic hot water use.”

The power of PCM even drew Freeman toward an entirely different emphasis. He was taking one of Boetcher’s heat transfer classes, and she encouraged him to come to the lab to work with this material. “I took a wide turn from studying vehicle aerodynamics to doing this. PCM has huge heat storage capacity. That was new to me at the time, how it can be used for anything,” Freeman says. “Anything that needs temperature regulation, this could be used for.”