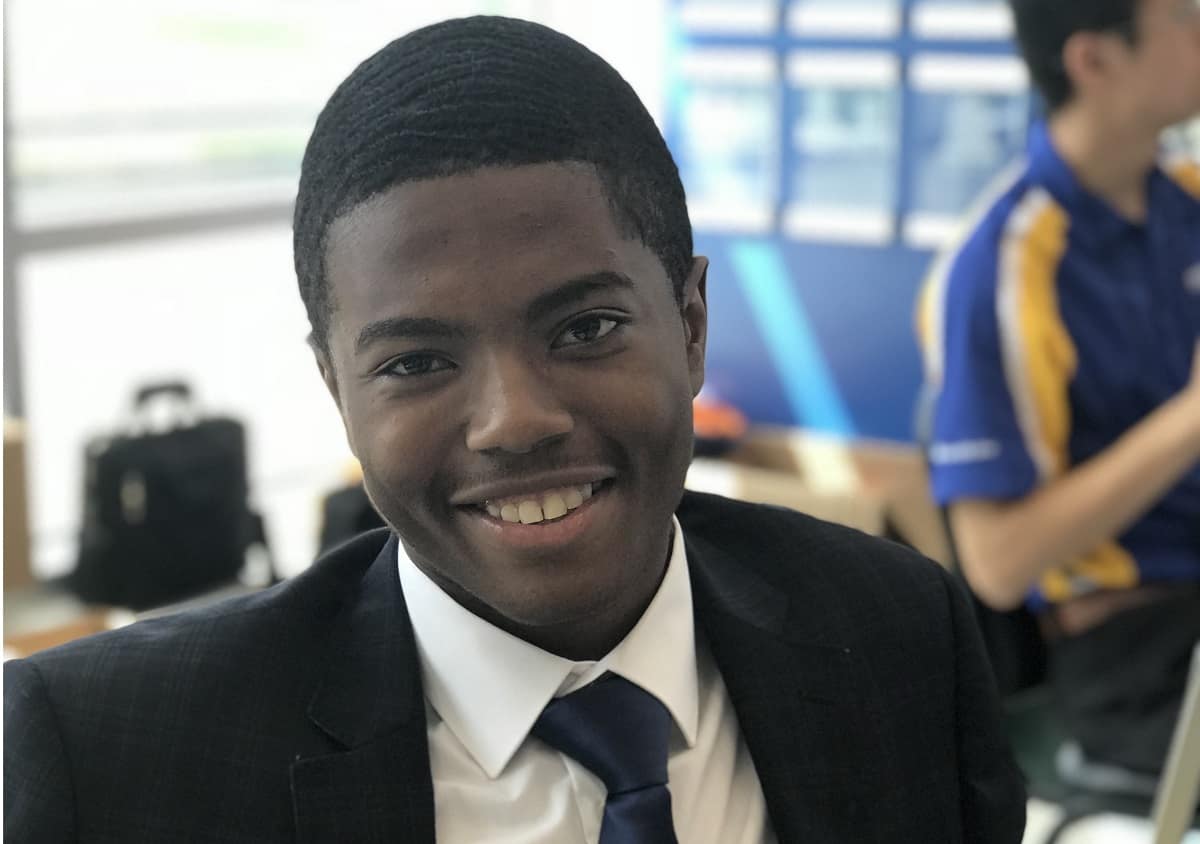 Mechanical Engineering student Raymond Miller aspires to be a driving force behind a global shift toward renewable, sustainable energy use. (Photo: Raymond Miller)

Eagle senior Raymond Miller is not defined by his disease.

For years, he would avoid sharing information about his experience with sickle cell anemia with others, for fear that it would change the way they look at him. But now, he sees it differently. Now, he sees his story as one of survival — not just of struggle.

“I have been dealing with this my whole life,” he said, explaining that the disease causes his blood cells to become “sticky,” to where they don’t carry as much oxygen as they’re meant to and travel too slowly throughout his body. “This can cause pain episodes, or what they call ‘crises.’”

Back in middle school and high school, these episodes would be so painful that he would often have to go to the hospital in the middle of the night, sometimes until 3-4 a.m.

“I would then go to school heavily medicated on pain meds the next morning,” said the Alexandria, Virginia, native. “I wanted to learn no matter the condition I was in, because my drive and ambition was all I could see — then as well as now.”

That ambition led him to Embry-Riddle Aeronautical University’s Bachelor of Science in Mechanical Engineering degree program, where he’s also pursuing a minor in Business Administration.

“I love this field of study because of its possibilities, the benefits it can and will make in communities lacking in accessibility to quality resources, as well as in how the nation produces electricity for decades to come," he said. “Renewable energy is growing rapidly, with calls to become net zero carbon by 2050 and moving the transportation sector away from fossil fuels.”

Initially drawn to Embry-Riddle through its Aerospace Engineering program, Miller’s passion for aircraft began to focus more specifically on their engines.

“I didn’t realize it early on, but I came here trying to start research in recycling cooking oil for jet fuel,” he said. “I realized the capabilities of Clean Energy Systems. … Power production still contains the engine portion of my interests, but it reminds me of the better ways to use resources in our environment.”

It hasn’t always been easy for Miller, but whenever he needs a jolt of inspiration to keep him going, he thinks of his grandfather — who, throughout his life, never let his own battle with sickle cell anemia slow him down.

“He was in the military and ran for public office, setting the example that this disease cannot stop a person’s ambition,” he said. “On occasion, I dream of talking to him about my struggles and success, but I know he would be proud of my accomplishments and what I plan to achieve in the future."

Namely, he plans to invent and implement power systems that do not contribute to global warming. A member of the American Society of Heating, Refrigerating and Air-Conditioning Engineers, as well as the Organization of Black Aerospace Professionals, he cultivates these ideas with the help of his peers in the Daytona Beach Campus community. His end goal: to promote creative, long-term solutions to the various problems surrounding global energy use.

“Sustainability is the key to maintaining an efficient, healthy and thriving environment,” he said. “The environment gives all these resources for free, and all it asks for in return is to be cared for.”

If we can do that, he added — if we can push forward in spite of challenges to keep chasing our goals — “humans will reap the benefits.”

To celebrate Black History Month, the Embry-Riddle News Team will be profiling student leaders throughout February.

Eagle Fights for Equality through Engineering