Researchers Work to Integrate Spaceflights into the National Airspace 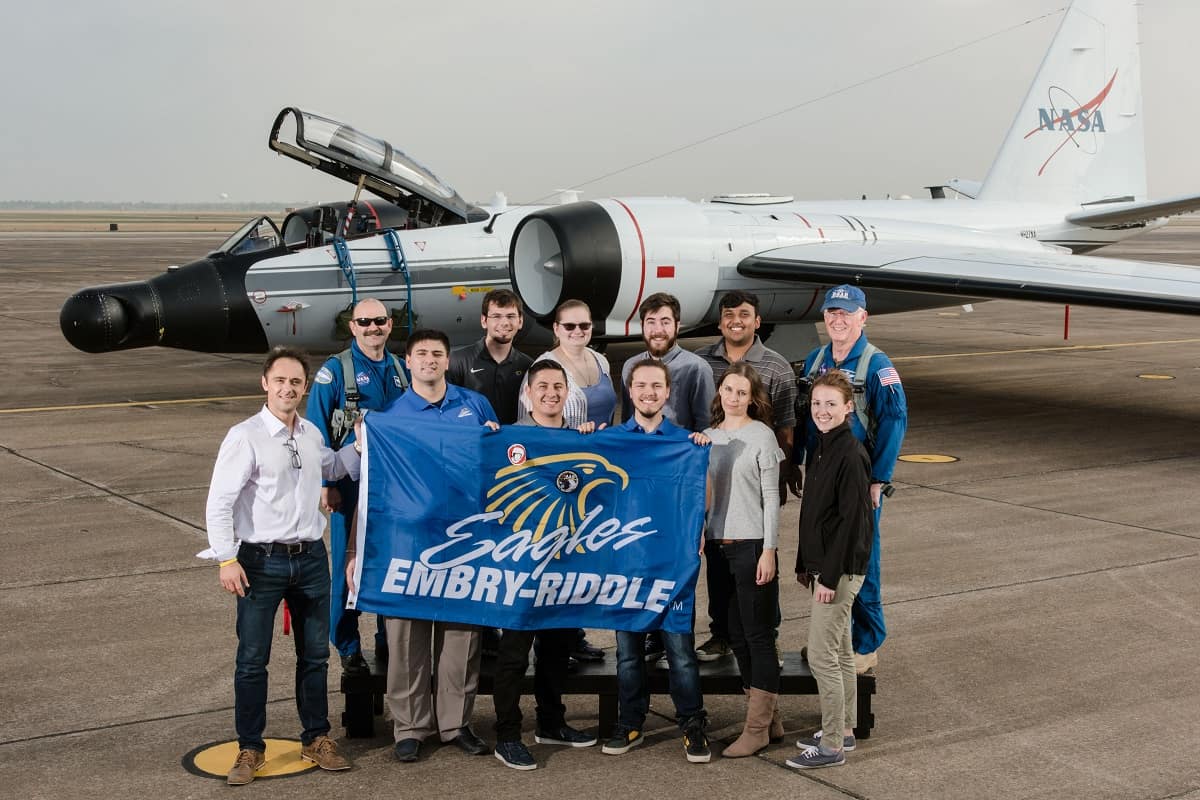 For the first time, a team of Embry-Riddle Aeronautical University students has confirmed the accuracy of a component of the Next Generation Air Traffic Control System (NextGen) at high altitudes using a NASA research aircraft.

Retired astronaut, Embry-Riddle alumna and Board of Trustees member Nicole Stott alerted professors Sathya Gangadharan and Pedro Llanos about a new NASA-sponsored science, technology, engineering and mathematics program to place undergraduate student-designed and -built experiments aboard a WB-57 high-altitude scientific research aircraft. Only seven schools in the country were selected to participate in the program, organized by Johnson Space Center.

Twenty-one students from Embry-Riddle’s Daytona Beach Campus in Florida worked on the payloads of two high-altitude experiments for months prior to the flights on November 2017 at Ellington Airport in Houston.

“This was an opportunity rarely given to undergraduates at other schools, to work first-hand with NASA engineers to conduct research for real-world applications,” says Gangadharan, mechanical engineering professor and principal investigator.

Aerospace engineering student Ankit Rukhaiyar led the research team as they constructed a test bed for their experiments that could withstand the 60-degrees-below-zero temperatures in an unpressurized cargo area when the WB-57 was flying above 60,000 feet on the four-hour flights. They were supported by Llanos, a spaceflight operations professor, and NASA mentors in Houston Kerry Lee and Jacob French.

“ADS-B equipment had never been tested at the altitudes we were flying,” Rukhaiyar says. “We requested specific flight paths during the WB-57’s analog suborbital flights to map the proposed ground-based ADS-B transceivers along the Gulf of Mexico, where subsonic and supersonic flights from at least two proposed spaceports would enter already busy flight corridors.”

Flight data were collected up to 50,000 feet. The information was shared with and confirmed by NASA’s Aircraft Operations group — the mission pilot, Tom Parent, is an Embry-Riddle alumnus — and has been integrated into the university’s Suborbital Space Flight Simulator program.

“Seeing these students from different degree programs in the Colleges of Aviation, Engineering, and Arts and Sciences come together as a team was inspiring,” Llanos says. “The students also overcame major setbacks with the construction of their payloads once they arrived at the NASA facility. It gives us confidence knowing that when challenging research opportunities are offered, our students will be ready.”