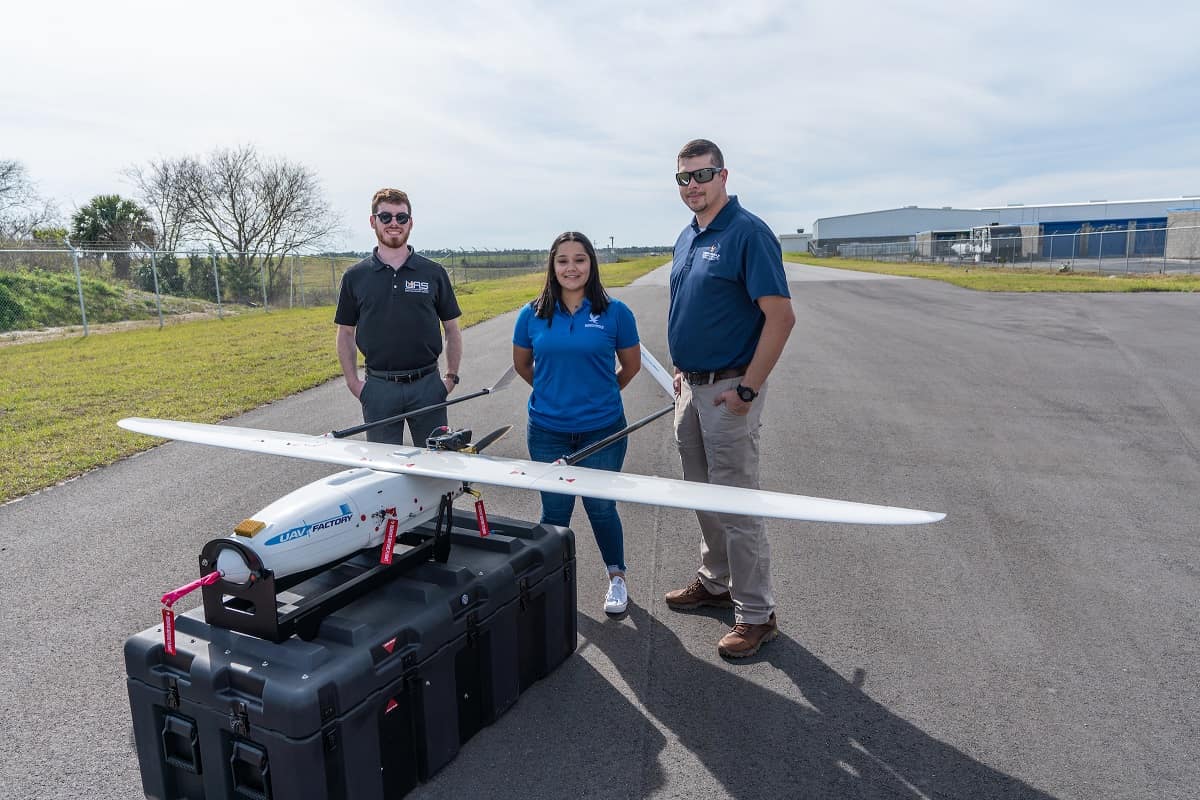 As an Unmanned Aircraft Systems (UAS) major with a Duke Energy internship under her belt and a job at Lockheed Martin Corp. awaiting her after graduation, Samantha Villagran is a young woman who hardly stops to notice that she is one of very few women in the field of aviation.

“It was kind of a shock to realize I’m going into a field with very few women,” said Villagran, 24, in a recent interview. “Embry-Riddle taught me to see past those barriers, and now I don’t even see it as a challenge.”

Villagran comes from parents who both have Ph.D.s. Born in Mexico, her parents earned undergraduate degrees there and then earned master’s degrees at the University of Illinois at Urbana-Champaign. After graduation, Procter & Gamble gave them both sponsorships to work and earn their Ph.D.s.

“My parents have always said, ‘Do whatever you want, but make sure it’s something you’re proud of,’” Villagran said. “I’ve always loved planes and aviation — I fell in love with the Air Force museum near our house. When I found out about Embry-Riddle Aeronautical University and that it is the best in aviation and aerospace, that’s where I wanted to go.”

Villagran recently completed an internship with Duke Energy as an UAS pilot.

“I flew four different types of aircraft over their solar panels, telecom towers, nuclear plant facilities and construction sites,” she said. “We would fly a drone over a construction site, create a diagram and come back every two to three weeks so that the project manager could see if they were on target. With solar panels, we would fly a drone over 500 acres and see which ones were broken. For telecom towers, we would send a drone to see if there were bird nests or broken wires. For nuclear plants, it’s dangerous for people to walk in them, so we would send a drone in to assess any damage and make sure everything was up to code. 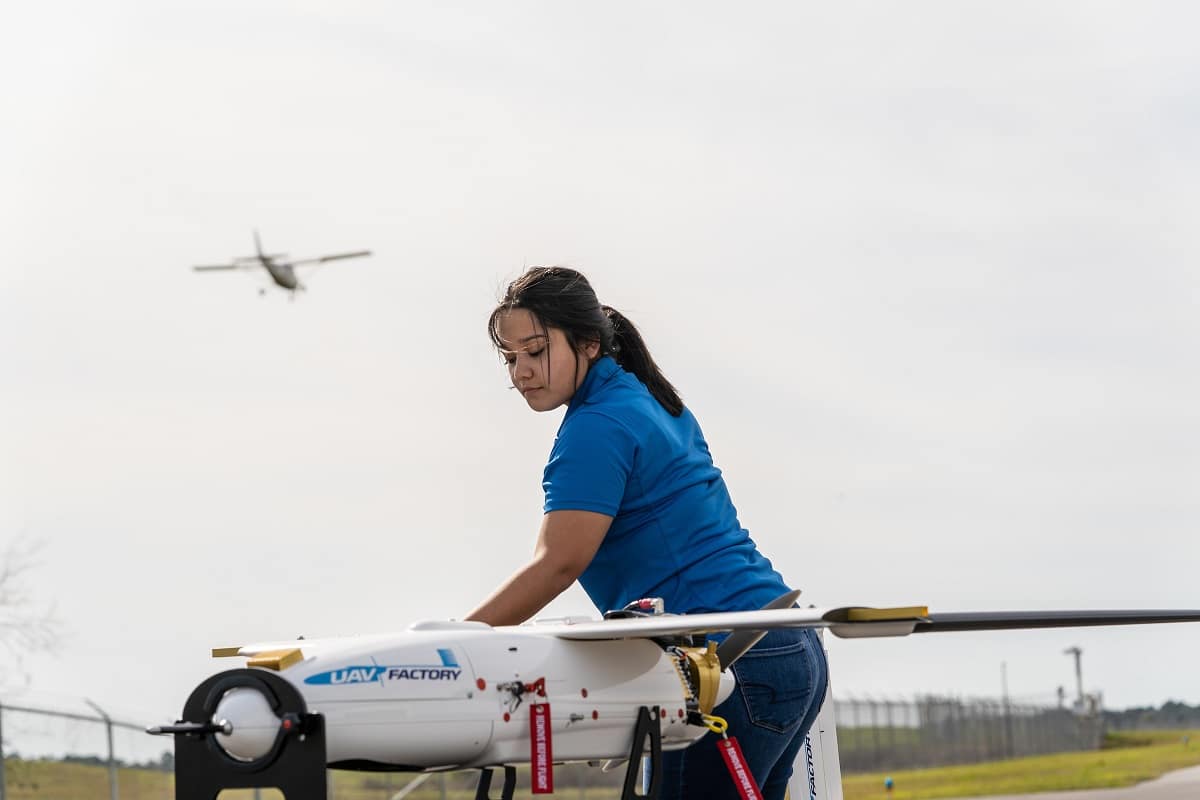 “I always assumed that you put a drone in the sky and that’s it, but there are so many things that can happen unexpectedly. We have to make sure we know where we’re flying relative to other aircraft. If a drone fell on a solar panel and lithium batteries, that could light up 500 acres. Learning about safety and the aviation industry was huge — for manned and unmanned aircraft.”

Villagran, who is the Embry-Riddle senior class president at the Daytona Beach Campus, will be in the first group of students to fly the university’s Penguin C aircraft.

After studying aerospace engineering for three and a half years, Villagran switched her major to UAS, with a minor in Human Factors.

"Samantha is the first female UAS student to progress through Penguin C flight training for the new Bachelor of Science in Unmanned Aircraft Systems Science curriculum," said Shane Aldridge, UAS flight training manager at Embry-Riddle. "She has proven through the training events that she is eager to learn and possesses a strong work ethic. Additionally, her attention to detail is a critical attribute in the small UAS tactical Intelligence Surveillance Reconnaissance (ISR) industry."

After Villagran graduates, she will do flight-test engineering in international waters on F35s, with the goal of engineering the interface to be ergonomic. “You have to analyze what the pilot sees during flight,” said Villagran. “If the aircraft is inverted, where do the pilot’s eyes go? If there’s an emergency, is there something they can grab onto to eject quickly?”

Her future plans involve getting a master’s degree, which will be paid for by Lockheed Martin, and most likely getting back into drones, although she says she is open to anything aviation-related, particularly for the Department of Defense.

Associate Professor John Robbins is the coordinator of the Embry-Riddle UAS program. He says the program is wide open to women like Villagran.

“The UAS program continues to seek a diverse and well-rounded student population, by continually working to recruit female and minority students,” Robbins said. “Women in Aviation, along with many other organizations, promote scholarships and work to increase awareness of opportunities in aviation. The industry yields unbounded potential and prospects for anyone interested in exploring innovative technologies that will change the future of aviation.”

Thought Leaders Weigh In on Russian Invasion of Ukraine