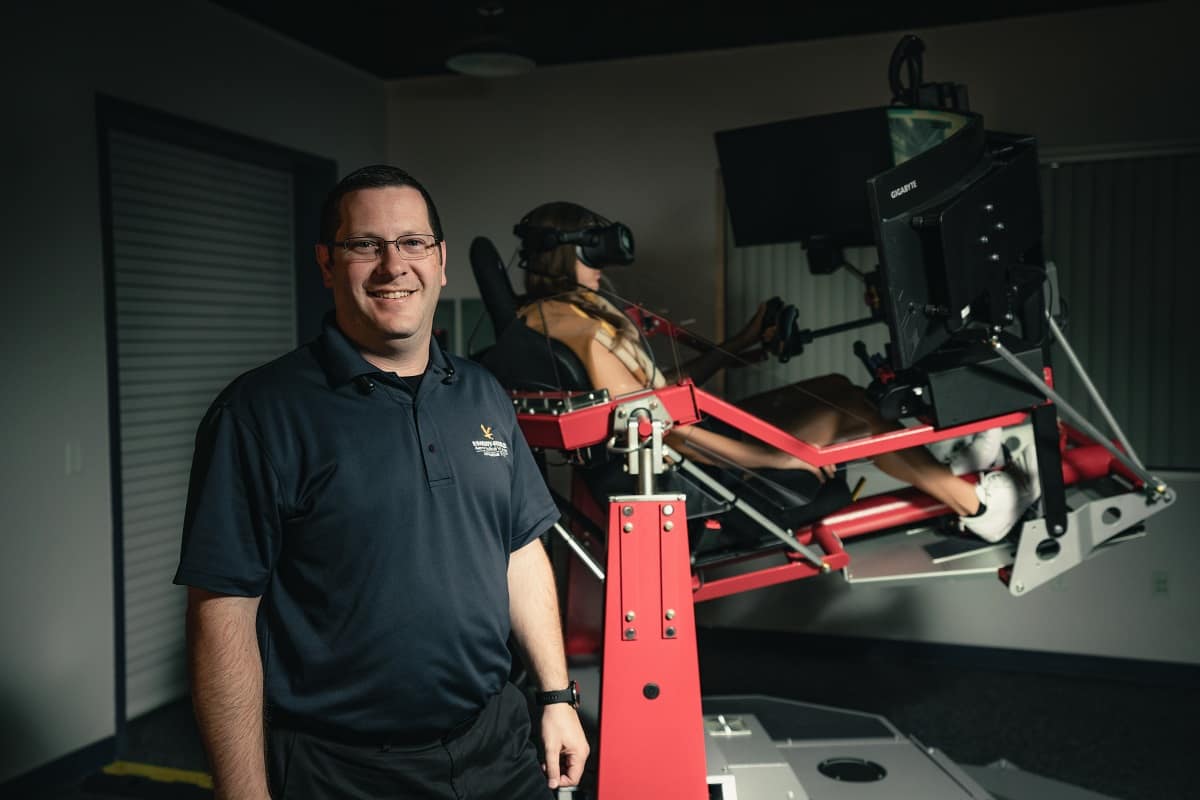 In Embry-Riddle Aeronautical University’s Spatial Disorientation Laboratory, flight student Nella Filipkova wears a virtual reality headset as the device she is seated in rapidly whirls around.

It almost looks like she is strapped into an amusement park ride, but the new simulator is not meant for entertainment. Rather, it is a life-saving training tool allowing pilots to realistically feel and react to simulations of dangerous flight conditions that can create disorienting illusions for pilots — illusions that can imitate, among other things, the feeling of turning, climbing or descending when their aircraft is actually flying perfectly straight or, worse, doing the opposite of what the pilot feels behind the controls.

Spatial disorientation illusions like these are some of the most common factors cited as contributing to fatal aircraft accidents, including the one that claimed the lives of Kobe Bryant and his daughter Gianna in 2020. That crash occurred in a helicopter, but the disorientation effects experienced by the pilot are the same as those suffered in airplanes.

“We all learn about these illusions; however, it is hard to imagine how it feels and the extent it has on your perception,” said Filipkova. “It is chilling to imagine that you can unknowingly experience spatial disorientation in flight. For this reason, everyone should take advantage of the simulator, so they have an idea of what to expect and can correctly identify the illusion were they ever to encounter one.” 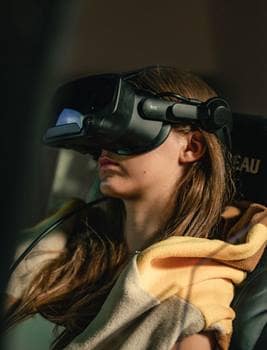 Dr. Bob Thomas, an assistant professor of Aeronautical Science who heads up the College of Aviation’s Spatial Disorientation Lab, began student training and research using the new simulator in October. The device, which can rotate full 360-degree revolutions as well as 30 degrees of pitch and bank, simulates vestibular system illusions related to the inner ear, which can cause dizziness, disorientation, motion sickness and illusions like the “Graveyard Spiral,” a dangerous spiral dive entered into accidentally by a pilot. It also includes visual illusions, like false horizons and runway width illusions.

“We give students experiences with all these illusions, so they know how to respond if they experience them in flight,” said Thomas.

Thomas modified a Force Dynamics 401cr Motion Simulator, and the university’s Extended Reality (XR) Lab developed the Virtual Reality Aviation Illusion Trainer (VRAIT), which includes a dozen illusion scenarios that students experience through the VR headset. The scenario involves students flying in a Cessna and moving on a recorded path through each illusion, which lasts about five minutes.

“They have no controls in the simulator — they are just along for the ride,” Thomas said. “We are simulating putting them in this situation, and they have the ability to look all around the aircraft in the virtual environment.”

One of the first students to volunteer to test the device was flight student Derek Matusch, who is currently working on both his commercial multi-engine rating and flight instructor certification. He admitted he was nervous but said it was a valuable experience.

“I absolutely recommend every flight student try it,” he said. “The lab allows students to experience potentially dangerous scenarios in a safe and controlled atmosphere. It could help all pilots be aware of the dangers that can be encountered in flight.”

People may panic and overreact to these illusions when they are flying in real life, said Thomas, so introducing them to what each scenario feels like in a controlled laboratory space is invaluable training.

Laura Wade, a pilot and graduate student assistant in the Spatial Disorientation Lab, agreed, adding that she found the simulator to be very realistic.

“It is disorienting — you have to rely on your training [and the controls], not your perception,” she said. “This simulator aims to create a baseline knowledge of the illusions on the ground, so if pilots experience it in the air, they know how to recognize and respond to it.”