After nearly 23 years with Embry-Riddle, where she has held a variety of roles — first in IT, and now as head of institutional efficiency — Cindy Bixler received her most challenging assignment ever: Develop a Covid-19 testing strategy to help keep the university community as safe as possible.

In March, with a global pandemic underway, Bixler donned a face covering and holed up in a conference room to brainstorm, from a distance, with Rodney Cruise, senior vice president and chief operating officer, and Jaclyn Gilmour, director of operations support. After an initial concept had been sketched out, Cruise left the room and returned about two hours later with additional refinements proposed by President P. Barry Butler. “In that room, we put together a preliminary plan on the whiteboard,” she recalled. “Embry-Riddle birthed a strategy in a day.”

Since then, Bixler has been on Embry-Riddle’s front line — along with Health Services Director Pam Petrone, Wellness Center Director Sandy Palmer, Campus Safety and Security Director Jackie Litzinger and too many others to name. All of these front-line workers have toiled nearly around the clock to help keep the university community as safe as possible.

With an initial testing plan in place, Bixler recalled, a mad scramble began to find supplies for both of Embry-Riddle’s residential campuses in Daytona Beach, Florida, and Prescott, Arizona. Other universities and businesses across the country were searching for the same supplies. Masks, cleaners and testing capability were scarce. 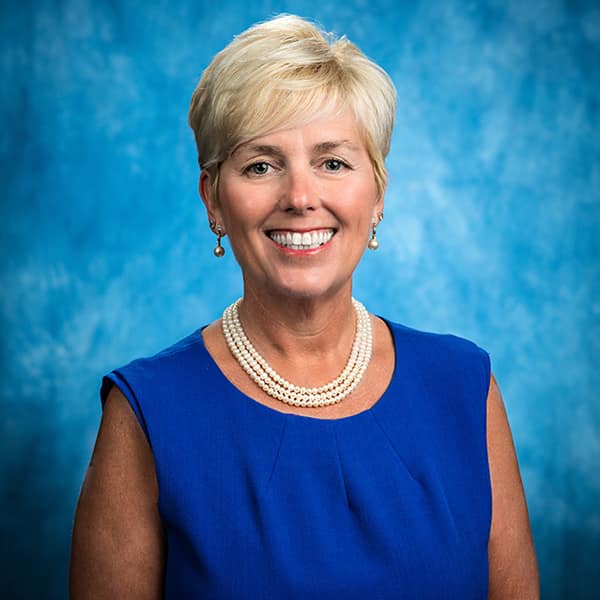 “We scoured the Earth to find providers who could help us with testing,” Bixler said. “The key was result times because if you can’t get results within 48 hours, asymptomatic carriers can be spreading the virus during that time.” By working with Embry-Riddle’s insurance provider, Bixler helped the university seal partnerships with AdventHealth in Florida and Spectrum Healthcare in Arizona.

Logistics were the next big challenge. Wellness centers had to be set up on both campuses so that everyone could have a temperature check every 24 hours. Procedures had to be put in place for getting test samples transported to labs. Human factors and work flows had to be fine-tuned to avoid slowdowns.

“It was a true team effort by many departments and people across the institution,” Bixler emphasized. “Working across the university to identify resources, we were able to establish standard operating procedures to ensure operational efficiency throughout the semester.”

Cruise noted that Bixler “negotiated with multiple vendors across two states, led the conversation about the who, what, when, where and why of testing, and managed communication about our testing strategy.”

While commending her efforts, Cruise stressed that “none of it could have been accomplished without the tireless commitment and dedication of multiple teams at both residential campuses as well as Worldwide. Many different people stepped up to the plate and hit it out of the park this semester. In this season of Thanksgiving, all of our front-line pandemic fighters deserve our deep gratitude.”

From IT to Institutional Efficiency

Bixler’s role as associate vice president for institutional efficiency is a relatively new one in higher education, and it was a natural fit for her. “I like to solve problems and put organization around chaos, to look at something and systematically put it into a process to improve on it,” she said. “Everything I do at Embry-Riddle is all about improving processes to help people.”

The daughter of a factory worker and a respiratory therapist, Bixler was raised in Michigan until she was 15, when the family moved to Daytona Beach. During her senior year of high school, Bixler said, she was bored with school – until her math teacher noticed that she had aced a math placement test. No longer could she coast through her senior year, he said, challenging her to learn computer programming. “He gave me a book called Basic Basic and he said, `You’re going to learn to code,’ Bixler recounted. “He sat me down in front of an old Teletype machine – remember those? – and pretty soon, I was coding.”

She became the first person in her family to earn a college degree. In 1985, Bixler joined Embry-Riddle as a midnight-shift computer operator, which she described as the most entry-level IT position at that time. “I was so excited,” she said. “I was over the moon.”

By 1998, Bixler was the director of IT Services. Programming languages had advanced rapidly so that Bixler was no longer doing what she did in school, but problem-solving, logic and critical thinking allowed her to keep moving forward.

‘If You Smile at People, They Smile Back’

Bixler has been working seven days a week – with Embry-Riddle’s healthcare professionals, Campus Safety and Operations Team – since the pandemic began. Yet, her trademark smile remains firmly in place, clearly evident, even behind her mask..

Whenever she joins the Embry-Riddle Healthcare Services team to conduct “sentinel” type testing on students in residence halls, she plays the role of cheerleader, waving students over with a boisterous greeting and a grin. “If you smile at people,” she pointed out, “they smile back.”

None of it could have been accomplished without the tireless commitment and dedication of multiple teams at both residential campuses as well as Worldwide. Many different people stepped up to the plate and hit it out of the park this semester. In this season of Thanksgiving, all of our front-line pandemic fighters deserve our deep gratitude.

Bixler attributes her work ethic and positive attitude to her grandmother. A child of the Great Depression, Bixler’s grandmother was “a very gracious and grateful person” who knew the value of hard work. “She always said there are things in life that you have control of, and you have to remember that,” Bixler said. “She said, `Don’t let other people affect your happiness.’”

Embry-Riddle’s relatively low incidence of Covid-19 during the fall 2020 semester has encouraged Bixler. “I feel strongly that what we’re doing is helping students, and I’m all about helping students,” she said.

With Police Brutality and Racism in the Headlines, Embry-Riddle Offers Support