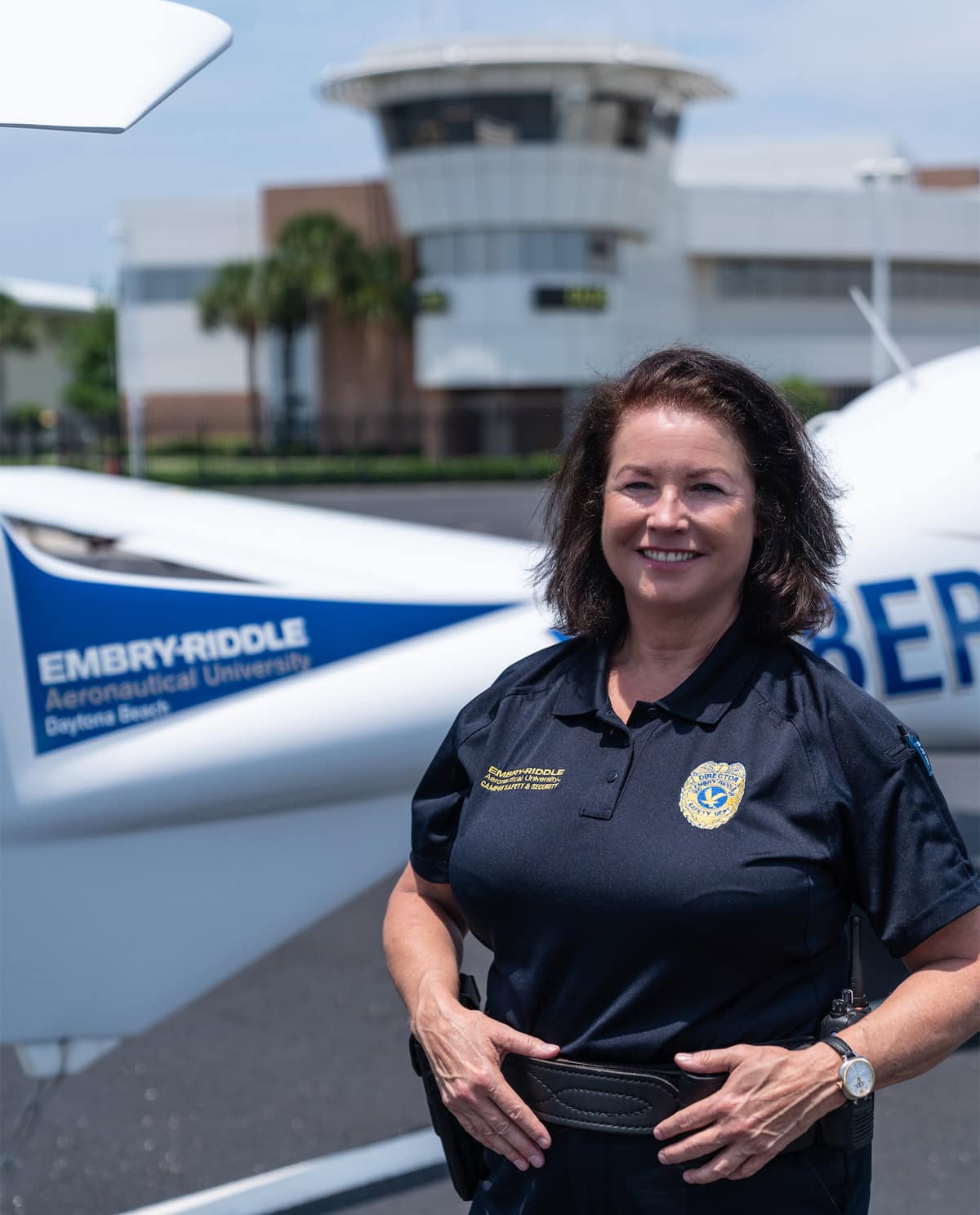 Jackie Litzinger is the Daytona Beach Campus’s new Director of Safety & Security. She was appointed in March following the retirement of Kevin Mannix.

Jackie has over 30 years’ experience in law enforcement, having held positions in both the public and private sectors, including positions in Baltimore City, Maryland, in Tucson with the University of Arizona Police Dept. and as a special agent, commander and chief of police for CSX Transportation. Based in Jacksonville, CSX operates the largest railroad network east of the Mississippi.

“I was working at the Gilbert Police Department in Arizona when I saw that Embry-Riddle was seeking a Safety & Security Director,” said Jackie.  “I knew the reputation of the school as a leader in aviation and aerospace studies and as an organization that values a strong safety culture. I appreciate the fact that senior leadership at Embry-Riddle cares about and prioritizes the safety of the university community over all else.”

Jackie holds a BS in Public Administration from the University of Arizona, a Masters in Management from Johns Hopkins University and is a graduate of the FBI National Academy. She also received her private pilot’s certification in her early 20s. Jackie and husband Ed enjoy riding their Harleys and antique shopping.

“I look forward to meeting as many people as possible on campus. It’s an honor to be part of the Embry-Riddle team,” she said.

'It’s Up to All of Us,' President Butler Says as Embry-Riddle Prepares for Fall Semester